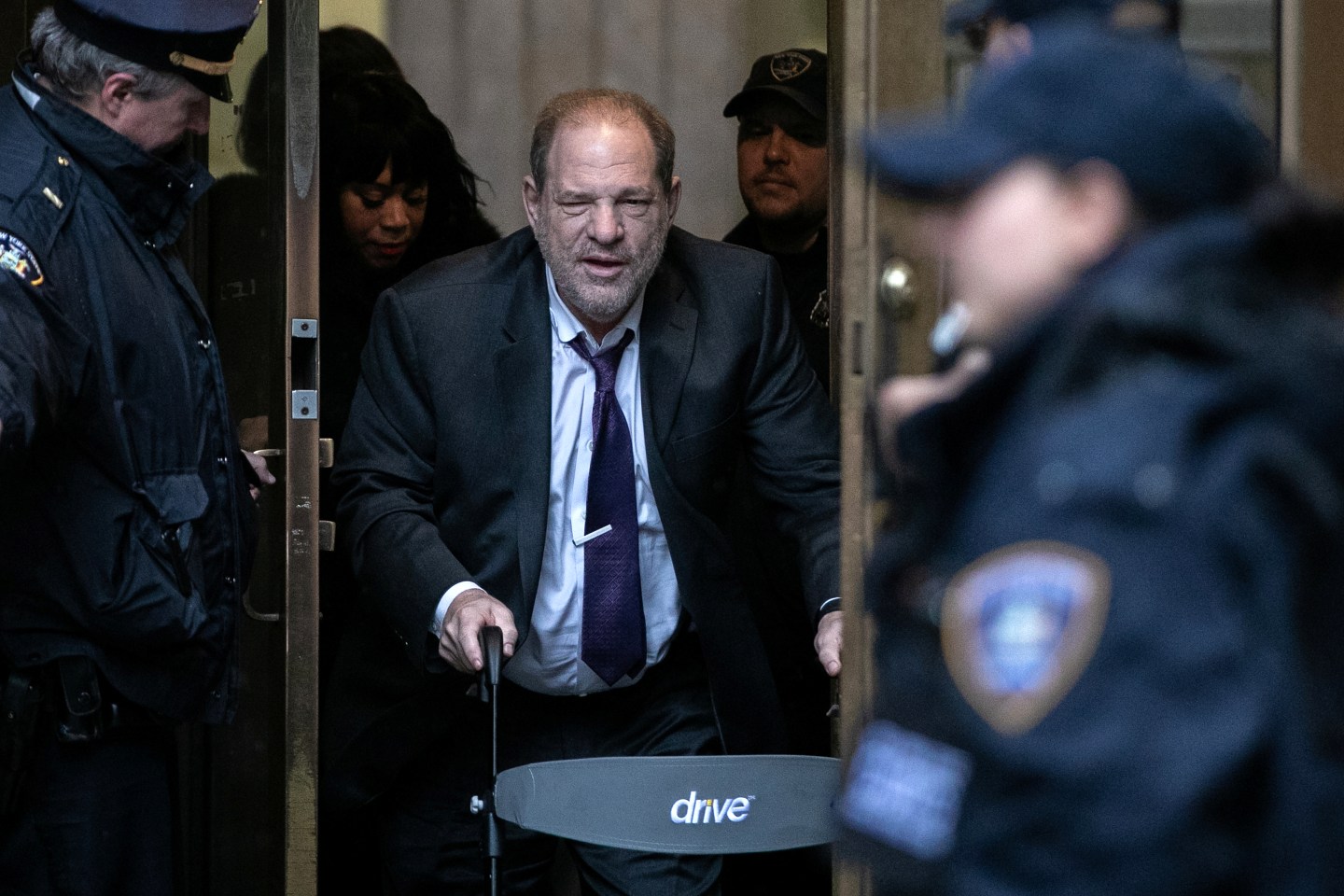 The defense rested its case Tuesday in Harvey Weinstein’s rape trial, relying on just a few witnesses to supplement aggressive cross-examination as they aimed to undercut his accusers, all while keeping the disgraced Hollywood producer off the witness stand.

As expected, Weinstein chose not to tell his own story at the risk of having prosecutors grill him on cross-examination about disturbing allegations that six of his accusers detailed for a Manhattan jury of seven men and five women.

The decision came a day after the defense got a boost from two witnesses who cast doubt on the accounts of two women who say they were sexually assaulted by Weinstein.

Weinstein, 67, is charged with raping a woman in a Manhattan hotel room in 2013 and forcibly performing oral sex in 2006 on a different woman: film and TV production assistant Mimi Haley.

Prosecutors called other accusers as witnesses as part of an effort to show he has used the same tactics to victimize many women over the years.

Weinstein has maintained any sexual encounters were consensual.

The Associated Press has a policy of not publishing the names of people who allege sexual assault without their consent. It is withholding the name of the woman accusing Weinstein of raping her in 2013 because it isn’t clear if she wishes to be identified publicly.

The judge is expected to instruct jurors not to view Weinstein’s decision not to testify as a sign of guilt.

“I am not a fan of blowing the lead if I feel like we are already on a road to victory,” said Brian McMonagle, a defense lawyer not involved in the case who helped secure a mistrial in Bill Cosby’s first sexual assault trial in 2017.

“In some cases, it is an easy decision because the client either can’t provide a credible explanation or you simply do not believe your client could survive cross examination because of any number or reasons.”

Weinstein has been increasingly upbeat coming and going from court as the trial has worn on, though in front of jurors he has mostly been sitting quietly at the defense table, munching on mints, jotting notes and occasionally dozing off.

On Monday, after strong testimony from a defense witness who repudiated the account of one of Weinstein’s accusers, his lawyer Arthur Aidala declared: “It was a great day for the defense today.”

Claudia Salinas, a Mexican model and actress, took the stand to defend herself against accuser Lauren Marie Young’s claim that she stood by and did nothing while Weinstein sexually assaulted Young at a Beverly Hills hotel in 2013.

Young, a model, testified last week that Salinas closed the door behind her and Weinstein as they went into the bathroom, where she alleges he stripped off his clothes, grabbed her breast and masturbated.

Once it was over, Young said she found Salinas standing outside the bathroom and shot her an evil look before leaving as quickly as she could.

“If I had done that, I would remember that,” Salinas testified. “I would never close the door on anybody.”

Salinas took the witness stand as the defense called witnesses for a third day after more than two weeks of prosecution testimony.

In some other high-profile sex crimes cases, defendants have skipped testifying.

For example, Cosby did not take the witness stand either time he was tried for drugging and molesting a woman at his suburban Philadelphia home. The second trial, in 2018, resulted in the comedian’s conviction.

In another high-profile case, former Penn State assistant football coach Jerry Sandusky was eager to testify at his 2012 child sexual abuse. But that was before his adopted son lodged allegations of abuse against him as the trial was going on. If Sandusky had testified, prosecutors could’ve then called the son as a rebuttal witness.

“I tell my clients once you take the stand you have lost your shield, which is me, and you are on your own,” said McMonagle, who was not involved in Sandusky case.

“In my experience as a prosecutor and defense attorney it is rare to see a client take the stand. The problem is, some jurors do hold that against you.”

—How Randy Newman’s family built a film-scoring dynasty
—How much is an Oscar worth?
—Charlize Theron and John Lithgow reflect on Bombshell’s indelible impact
—HBO’s “McMillion$” shows how cheaters scammed McDonald’s Monopoly
—Content is king: Inside Netflix’s streaming wars strategy