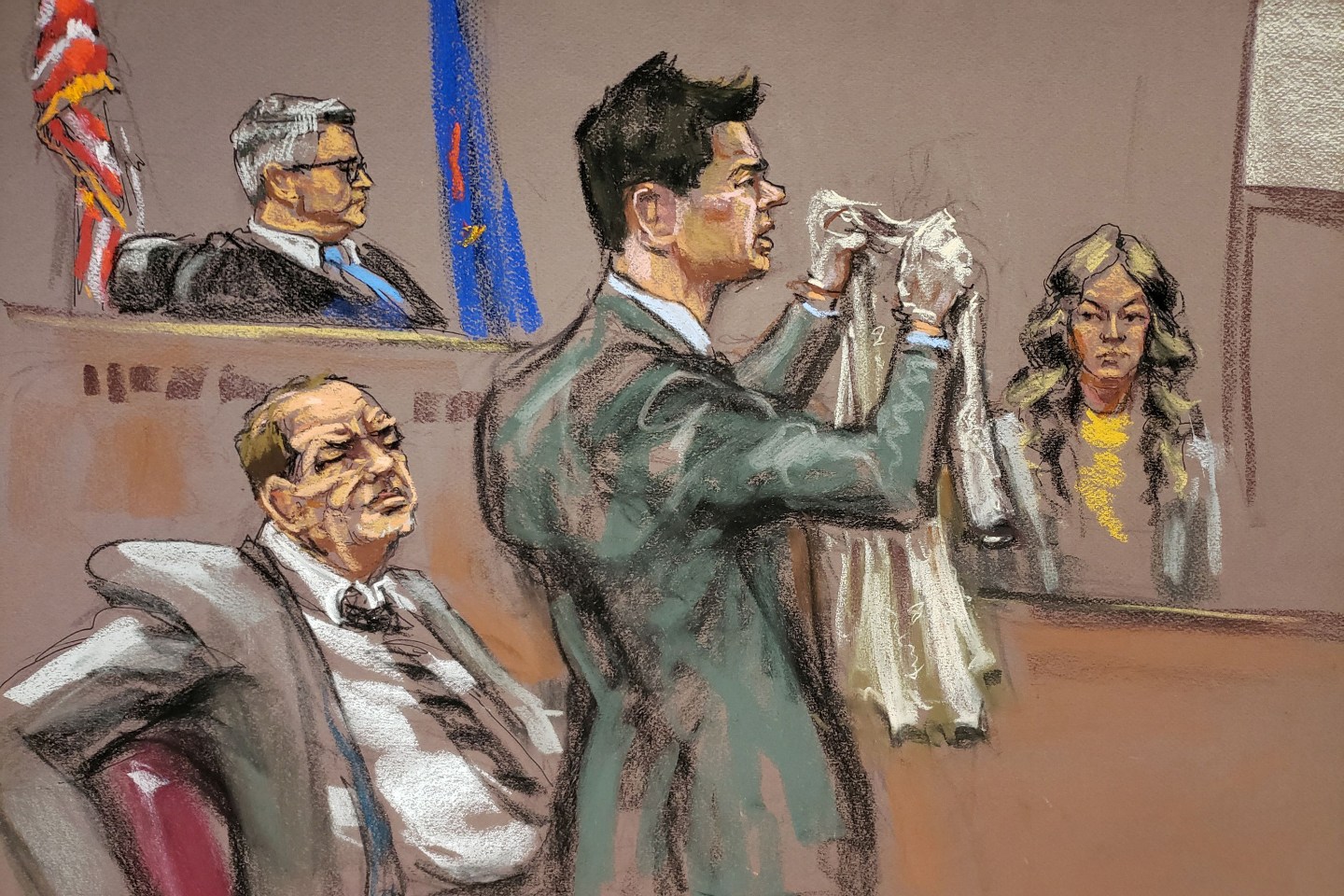 Prosecutors in Harvey Weinstein’s rape trial rested their case Thursday after more than two weeks of testimony punctuated by harrowing accounts from six women who say he ignored pleas of “no, no, no” and excused his behavior as a Hollywood norm.

Weinstein attorney Donna Rotunno immediately asked the judge to dismiss the case, arguing that testimony from the woman he is charged with raping “does not in any way show a forcible act by Mr. Weinstein.” The judge rejected the request.

Now Weinstein’s lawyers will start calling witnesses of their own. They haven’t said whether Weinstein himself will testify. Doing so could bring big risks because prosecutors would be able to grill him about each of the allegations that jurors have already heard about in vivid detail.

Among the witnesses the defense is expected to call is a psychologist who specializes in human memory. The defense is looking to raise doubts about the women’s recollections of encounters that in some cases are more than a decade or two old.

The criminal charges at the trial in New York City are based on two allegations: that Weinstein raped a woman in March 2013 and that he forced oral sex on another woman in 2006.

The allegations against Weinstein helped fuel the #MeToo movement. If convicted, he could spend the rest of his life in prison.

Weinstein, 67, maintains that any sexual encounters were consensual.

Prosecutors ended their case after the last of the other accusers allowed to testify finished telling jurors about about an encounter with the disgraced movie mogul in 2013.

Lauren Marie Young, a model from suburban Philadelphia, testified that Weinstein invited her to his Beverly Hills hotel room, lured her to the bathroom, stripped off his clothes, pulled down her dress and groped her breast.

Additional women, including Young, have been allowed to testify as prosecutors attempt to show there was a practiced method to Weinstein’s attacks, including inviting women to his hotel room to discuss business, then disrobing and demanding sexual favors.

Her testimony bookended that of the first accuser to testify, actress Annabella Sciorra, who alleges Weinstein barged into her apartment in the mid-1990s, threw her on a bed and raped her as she tried to fight him off by kicking and punching him.

In between, jurors heard similar stories of Weinstein ingratiating himself with much younger women, appearing to show interest in helping their careers before getting them into a hotel room or an apartment and violating them.

Most were aspiring actresses. Sciorra was a star on the rise. Another, the 2006 accuser Mimi Haleyi, was looking at the time to get more involved in behind-the-scenes aspects of the entertainment business.

Jurors also were reminded of the complexity of the women’s relationships with Weinstein.

For example, the woman Weinstein is charged with raping faced three days of questioning, much of it on cross-examination, as Weinstein’s lawyers scoured friendly, sometimes flirtatious emails she sent the film producer after the alleged assault.

The woman acknowledged meeting Weinstein for other sexual encounters. She said she kept in touch because “his ego was so fragile” and that contacting him “made me feel safe.”

At one point, Weinstein lawyer Rotunno asked the woman why she would accept favors from “your rapist.”

The woman turned to jurors and declared: “I want the jury to know that he is my rapist.”

The Associated Press has a policy of not publishing the names of people who allege sexual assault without their consent. It is withholding name of the rape accuser because it isn’t clear if she wishes to be identified publicly.

Prosecutors attempted to thwart the defense’s focus on some of the women’s continued interactions with Weinstein by calling to the witness stand a forensic psychiatrist who specializes in victim behavior. Dr. Barbara Ziv, who testified at the 2018 retrial that led to Bill Cosby’s sexual assault conviction in Pennsylvania, said most victims in such cases continue to have contact with their attackers for fear of retaliation and because many hope what happened “is just an aberration.”

On Wednesday, prosecutors also showed jurors emails they didn’t see during the woman’s exhaustive cross-examination that showed it was Weinstein trying to keep their complex relationship afloat, pining for meetings as she latched onto excuses to avoid him.

After one instance of getting the cold shoulder, Weinstein emailed the woman’s roommate in October 2013, writing: “Tell your friend… I’m friendly.”

In December 2015, Weinstein asked the woman: “R u meeting me or forgetting me…”

The trial has moved far quicker than anyone involved anticipated. Jurors were initially told to expect six weeks of testimony. Now the case could be decided by mid-February.