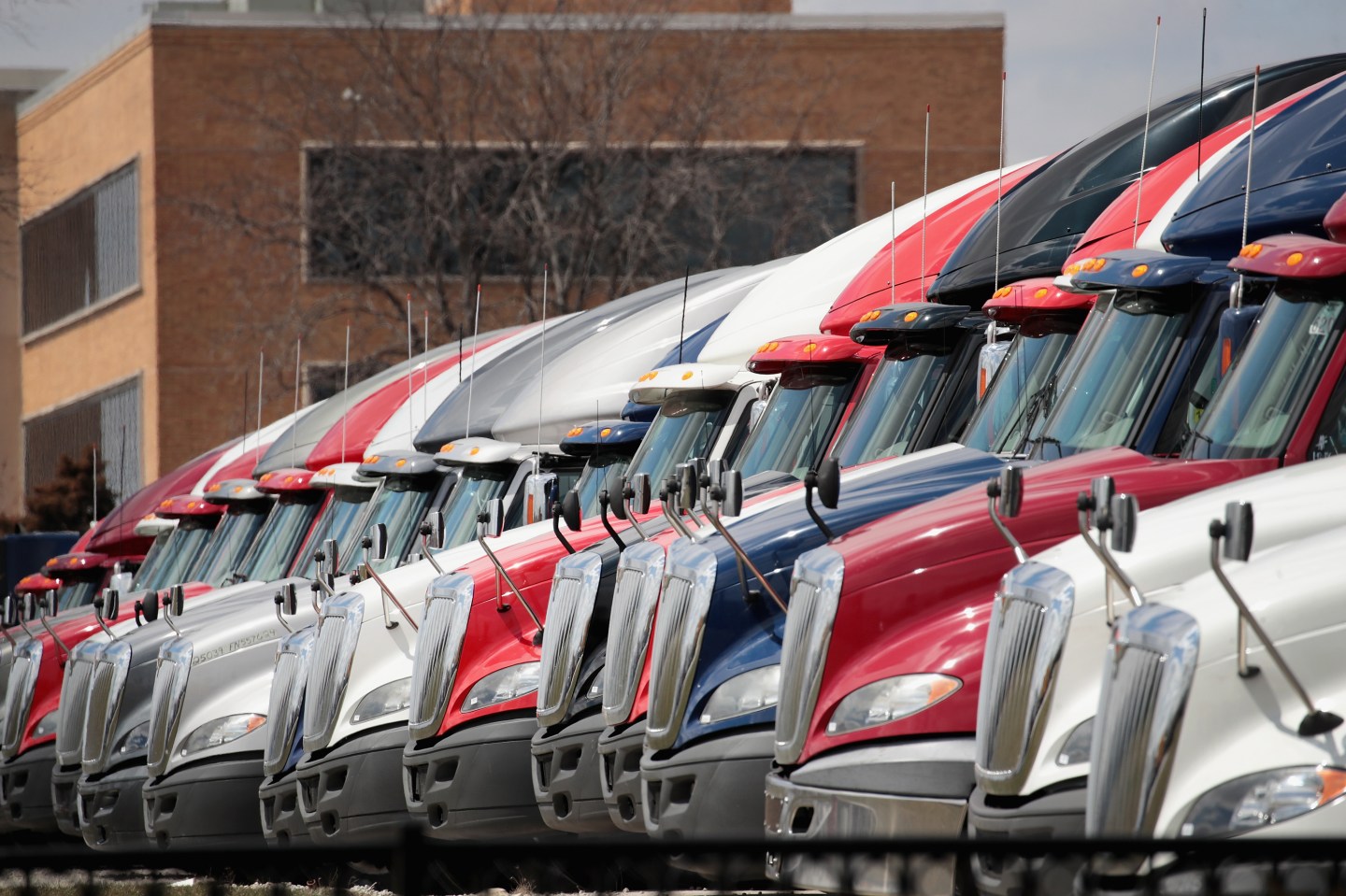 Volkswagen AG offered to buy the rest of Navistar International Corp. in a $2.9 billion bid to secure a bridgehead in the U.S. heavy-truck market and step up its challenge to Daimler AG and Volvo AB.

The expansion was somewhat offset by Volkswagen’s first major divestment since the German automaker skidded into the diesel-emissions scandal in 2015. An agreement to sell industrial machinery unit Renk AG, valued at 760 million euros ($840 million), indicates VW is more inclined to bulk up than slim down, even amid the costly shift to electric cars.

The swoop for Navistar, which was first reported by Bloomberg, would reduce the reliance of VW’s heavy-truck unit Traton SE on Europe and South America.

While the deal could help the company vie with Daimler and Volvo in North America, heavy-truck makers are preparing for a downturn after years of growth. Navistar, truck-engine maker Cummins Inc. and supplier Meritor Inc. announced thousands of job cuts late last year.

VW’s heavy-truck division was created from acquisitions of Germany’s MAN and Sweden’s Scania. The unit had for years struggled to combine the operations before hiring former Daimler executive Andreas Renschler, who successfully spearheaded a partial listing of Traton last year.

Traton offered Navistar holders $35 a share in cash, 45% higher than its Thursday closing price. Lisle, Illinois-based Navistar — which builds International-brand trucks, school buses, defense vehicles and engines — said its board will review the proposal and there’s no assurance the deal will take place.

VW purchased its stake in Navistar in September 2016, laying the groundwork for a footprint in North America, the truck industry’s largest source of profits. Daimler’s Freightliner and Volvo’s Mack divisions generate significant sales in the region.

It’s unclear whether VW’s offer will satisfy Icahn, 83, and Mark Rachesky, the founder and chief investment officer of MHR Fund Management, which is Navistar’s third-largest shareholder with a 16% stake.

Icahn, who first bought into Navistar in 2011, built his holding with an average cost per share of $33.62, and the stock has traded below that level for most of the last year. Rachesky’s average price paid was $27.80, according to data compiled by Bloomberg.

If a deal closes, VW will take over a company in the midst of a fix-it job. Navistar said in December it will reduce employment by 10% and cut its 2020 revenue forecast to a range of $9.25 billion to $9.75 billion, below analysts’ lowest estimate.

Alongside the expansion, Wolfsburg, Germany-based VW agreed to sell Renk to private equity firm Triton Partners. The company was acquired as part of the automaker’s acquisition of MAN and represents a rare streamlining move by VW, which has been reviewing its non-core businesses for years with little progress.