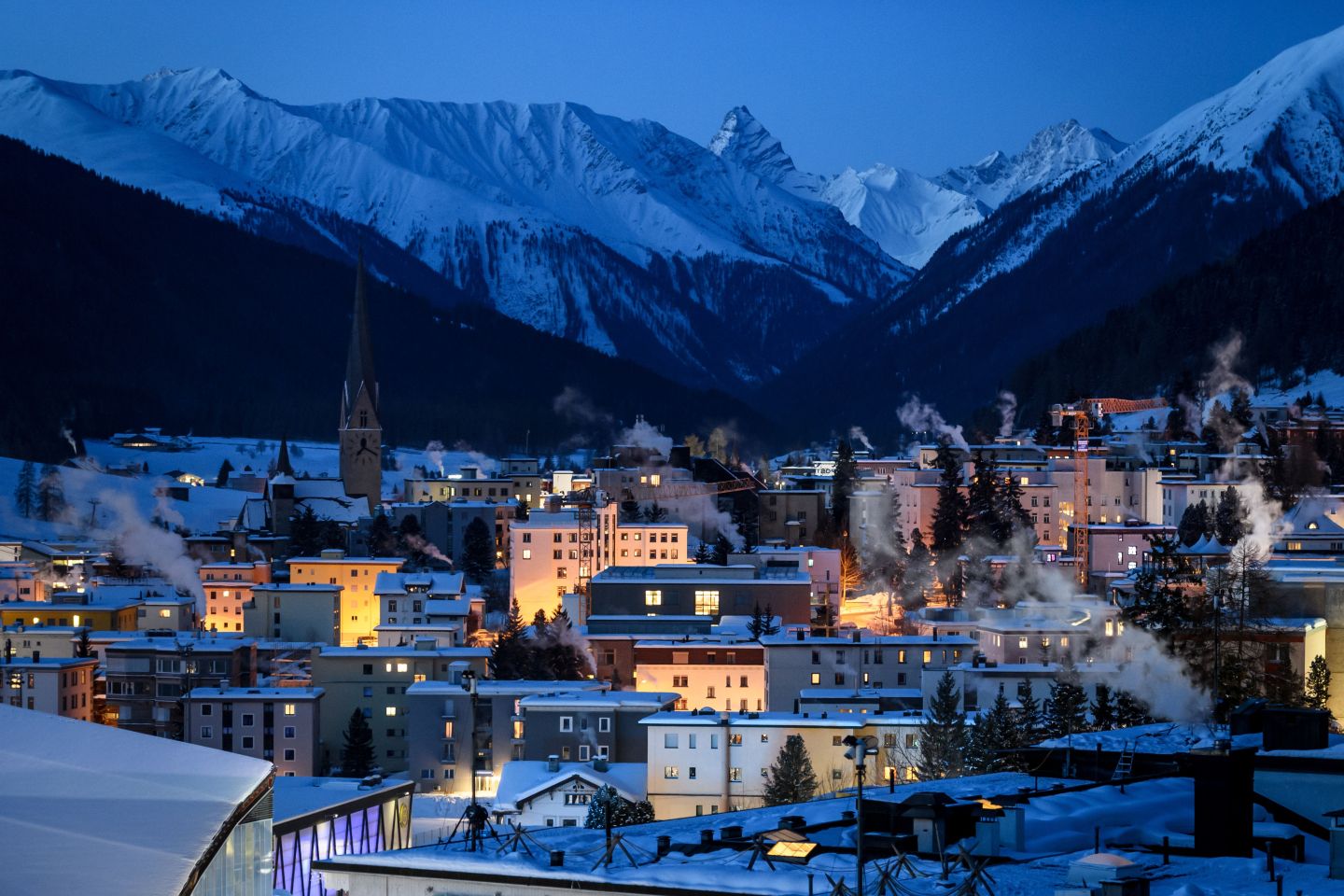 The foothills of the Himalayas are greening, as climate change melts glaciers and vegetation grows in their place. The snowy slopes of Davos greened a little, too, this week as the financial and political elite once again met at the World Economic Forum to discuss their futures and ours.

The theme to this year’s conference is Stakeholders for a Cohesive and Sustainable World — a nod to the assertion from CEOs that businesses should cater to all stakeholders, not just shareholders. The thematic choice was already a given, as discussion on climate change stole the show in 2019.

Last year, British naturalist Sir David Attenborough warned the crowd that the stable, mild and pleasant Holocene period is over, while Swedish activist Greta Thunberg implored leaders to panic and “act as if the house was on fire.”

A year later, Thunberg was back to remind Davos the house is still on fire; Al Gore, who’s campaigned on climate change since before Thunberg was born, tried to rally the troops by comparing the climate crisis to Dunkirk and 9/11; while Prince Charles advocated for “taxes, policies and regulations” that spur sustainable action.

That last one might actually work. Last year the IMF recommended a levy on carbon emissions at $75/ton to keep global warming beneath 2°C and, this week, Refinitiv calculated that would amount to a $4 trillion fine for global business — roughly 4% of global GDP.

Behind closed doors at Davos, says BBC journalist Nik Gowing, business leaders recognize the financial imperative of going green. “Sustainability is no longer niche. The price of unsustainable use of natural resources is painfully obvious,” says one. “It is a myth if you invest in sustainability, performance will be worse,” another.

On stage at Fortune events and elsewhere, CEOs have said much of the same. More frequently than before, companies are setting ambitious sustainability goals. However, many business leaders don’t rank climate change among the top ten risks to business.

So maybe the business community at large isn’t openly embracing sustainability, but they are at least starting to get close.

China is putting a ban on millions of tons of single-use plastic, banning non-degradable bags from all major cities by the end of the year and expanding the prohibition to all townships by 2022. However, maddeningly, fresh food markets will be exempt until 2025. Plastic straws are out, too — banished from restaurants by the end of the year. Per capita, China produces less plastic waste than the U.S., but by tonnage China is out ahead — generating 60 million tons in 2010 to America’s 38 million. Wall Street Journal

Rolling in the green

Bloomberg has put out a short list of billionaires that have made their fortunes through “green” business. The 14 men and one woman are primarily in the battery or renewable energy industries, with China battery maker CATL boosting four billionaires to the top of the list all by itself. China has a strong showing on the list, producing nine of the fifteen billionaires. Bloomberg

The U.K. is leading a space mission to accurately measure the amount of light reflected off the Earth so that, in the future, the accuracy of models on climate change can be checked. Dubbed TRUTHS (it’s an acronym), the mission hopes to record a sort of “climate fingerprint” that future missions can use as a baseline to measure against. The European Space Agency has allocated $36 million in funding to the project, but feasibility research will likely cost an extra $340 million before the satellite can launch in 2026. BBC

A UN committee on human rights has ruled it unlawful for a country to return refugees fleeing climate change. The judgement relates to a case brought in 2013 by Ioane Teitiota from Kiribati, which is threatened by rising sea levels. Teitiota sought shelter in New Zealand, which rejected his application. However, while the committee legitimized the rights of climate refugees, the UN actually upheld New Zealand’s dismissal of Teitiota’s case. The UN said Kiribati had an obligation to mitigate the risks threatening Teitiota in the next 10 to 5 years. The Guardian

World leaders finally accept the economic risk of climate change, but business chiefs are a holdout by Katherine Dunn

WeWork’s other cofounder has a plan to save the company. It’s the opposite of what Adam Neumann envisioned by Polina Marinova

Starbucks unveiled a new sustainability pledge for 2030 with a view towards becoming “resource positive.” Starbucks plans to half its carbon emissions, waste and water usage; the coffee giant will increase the number of plant-based items on its menu; and the company is looking to move towards reusable packaging. One more novel shift: Starbucks wants to find a way to make whipped cream without the use of nitrous oxide. Perhaps a whisk? Bloomberg

Microsoft has pledged to be carbon negative by 2030, through a combo of cutting emissions — by more than half by 2030 — and buying offsets. Microsoft’s offsets will focus on investments that can remove carbon from the atmosphere. The intention is that by 2030, Microsoft will be reclaiming more carbon than it produces, but the technology to achieve that goal doesn’t exist yet. Microsoft plans to fund its creation. Financial Times

If you’re interested to learn how some of the biggest, most influential companies are strategizing about artificial intelligence, come to Fortune’s Brainstorm A.I. conference in Boston on April 27-28, 2020. A.I. is a game-changing technology that promises to revolutionize business, but it can be confusing and mysterious to executives. The savviest leaders know how to cut through the deluge of A.I. buzzwords and reap the technology’s benefits.