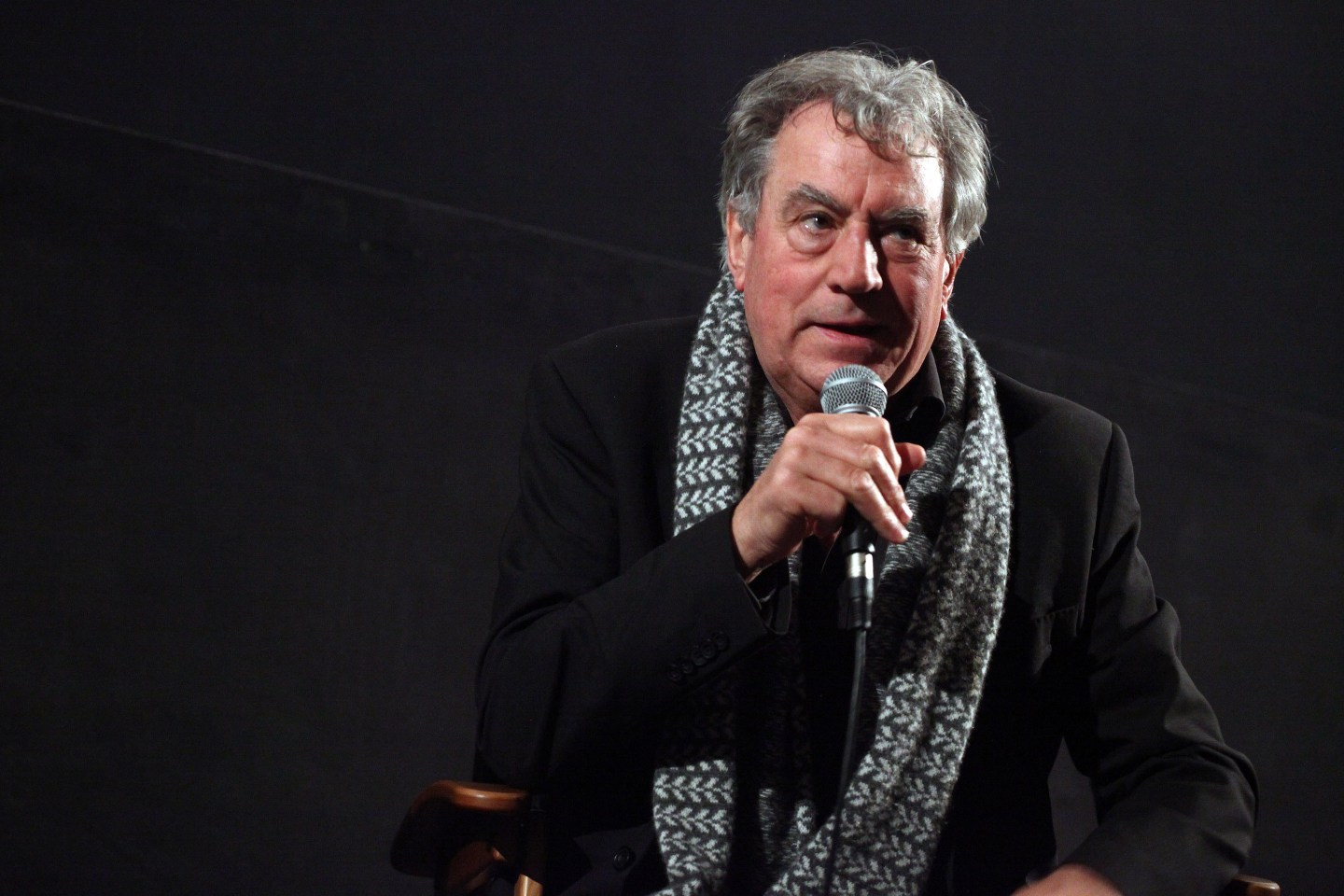 Terry Jones, a founding member of the anarchic Monty Python troupe who was hailed by colleagues as “the complete Renaissance comedian” and “a man of endless enthusiasms,” has died at age 77 after suffering from dementia.

Jones’s family said he died Tuesday evening at his home in London “after a long, extremely brave but always good humored battle with a rare form of dementia.”

“We have all lost a kind, funny, warm, creative and truly loving man whose uncompromising individuality, relentless intellect and extraordinary humor has given pleasure to countless millions across six decades,” Jones’s wife, Anna Soderstrom, and children Bill, Sally and Siri, said in a statement.

Born in Wales in 1942, Jones attended Oxford University, where he began writing and performing with fellow student Michael Palin.

After leaving university, he wrote for seminal 1960s comedy series, including “The Frost Report” and “Do Not Adjust Your Set.” At the end of the decade he and Palin, along with Eric Idle, John Cleese, Graham Chapman and Terry Gilliam, formed Monty Python’s Flying Circus. The troupe’s irreverent humor — a blend of satire, surrealism and silliness — helped revolutionize British comedy.

“Terry was one of my closest, most valued friends. He was kind, generous, supportive and passionate about living life to the full,” Palin said in a statement.

“He was far more than one of the funniest writer-performers of his generation. He was the complete Renaissance comedian — writer, director, presenter, historian, brilliant children’s author, and the warmest, most wonderful company you could wish to have,” Palin said.

Jones wrote and performed for the troupe’s TV series, which aired for five years on the BBC, and films including “Monty Python and the Holy Grail” in 1975 and “Monty Python’s Life of Brian” in 1979.

Playing the mother of Brian, a hapless young man who is mistaken for Jesus, he delivered one of the Pythons’ most famous lines: “He’s not the Messiah. He’s a very naughty boy!”

A more understated presence than the 6-foot-five-inch (1.95 meters) Cleese or the energetic Idle, Jones was a deft comic performer, who played many of the Pythons’ female characters. He was also, among many other incarnations, a grinning nude organist, Spanish Inquisitor Cardinal Biggles and the explosively gluttonous restaurant patron Mr. Creosote.

Cleese tweeted: “It feels strange that a man of so many talents and such endless enthusiasm, should have faded so gently away…”

He added: “Two down, four to go,” a reference to the six members of the troupe. Chapman died of cancer in 1989.

As well as performing, Jones co-directed “Holy Grail” with Gilliam, and directed “Life of Brian” and the 1983 Python film “The Meaning of Life.”

“Life of Brian” was considered daring — and was even banned in some areas — for its biblical satire. The film’s crucifixion scene, which featured Idle performing the cheeky song “Always Look on the Bright Side of Life,” cemented Jones’ reputation as a daring director with an absurdist sense of humor.

During the 1970s, Jones also created the show “Ripping Yarns” with Palin and wrote sketches for comedy duo The Two Ronnies.

After the Pythons largely disbanded in the 1980s, Jones wrote books on medieval and ancient history, presented documentaries, wrote poetry and directed films, including “Personal Services,” about a suburban brothel madam, an adaptation of children’s classic “The Wind in the Willows” and the comedy adventure “Erik the Viking.” He also scripted the Jim Henson-directed fantasy film “Labyrinth,” which starred David Bowie.

In 2014, more than three decades after their last live performance, the five surviving Pythons reunited for a string of stage shows that revived their old skits for adoring audiences.

Palin would recall that during the stage run, Jones struggled for the first time with remembering lines. Two years later, Jones’s family announced he had been diagnosed with frontotemporal dementia, which gradually robbed him of the ability to write and speak.

Palin said in 2016 that losing the ability to speak was “the cruelest thing that could befall someone to whom words, ideas, arguments, jokes and stories were once the stuff of life.”

The news of his diagnosis came just after the Welsh film and TV industry group Bafta Cymru announced that Jones had been given a special award for his outstanding contribution to film and television.

Palin presented the award to a tearful Jones, who was helped onto the stage by his son to a standing ovation. All he could say was “Quieten down.”

“It is a cruel and sad thing,” surviving troupe member Idle tweeted Wednesday. “But let’s remember just what joy he brought to all of us.

“So many laughs, moments of total hilarity onstage and off, we have all shared with him. It’s too sad if you knew him, but if you didn’t you will always smile at the many wonderfully funny moments he gave us.”

Jones is survived by his wife, his ex-wife Alison Telfer, and three children.

—This year will be the first real litmus test for the streaming vs. theater debate
—The free streaming option offered by NBC’s Peacock is a real threat to Hulu
—The oral history of Laura Dern—in her own words
—Phoebe Waller-Bridge and Fleabag cast reflect on saying goodbye
—Parasite director Bong Joon Ho dissects his tale of two families
Follow Fortune on Flipboard to stay up-to-date on the latest news and analysis.