What does ‘Parasite’s’ best ensemble win at the SAG Awards mean for the Oscars? 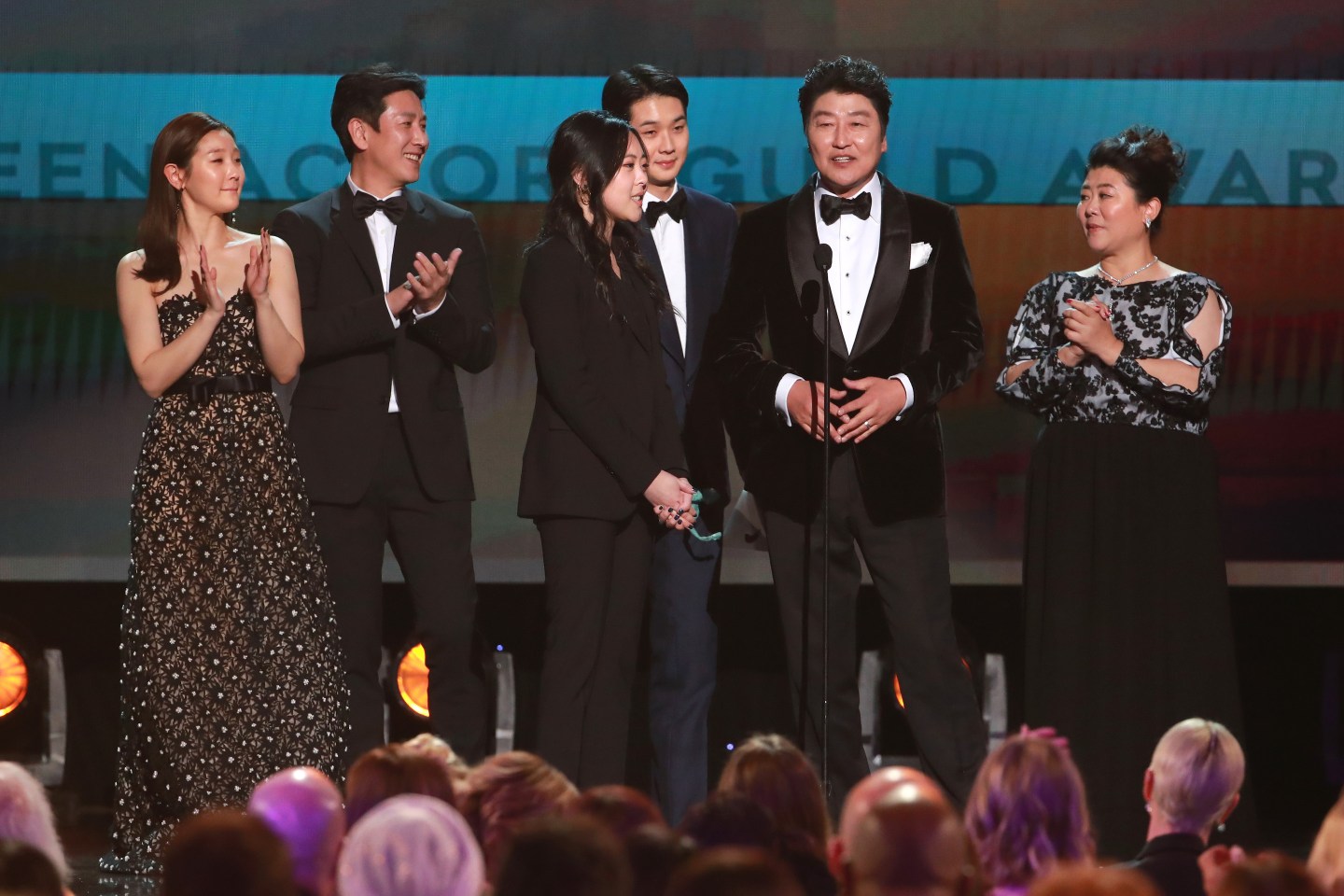 Joaquin Phoenix, Renée Zellweger, Laura Dern, and Brad Pitt are now all but locks for Oscar’s top acting prizes for their work in Joker, Judy, Marriage Story, and Once Upon a Time…in Hollywood, respectively.

But typically at least one—or a few—of Oscar’s top actors are also represented in the best ensemble-winning cast at the SAG Awards. And that winning ensemble often corresponds with the film that emerges most likely to win Best Picture at the Academy Awards.

This year? Not so much.

At the Golden Globes, the season’s most high-profile precursor to the Oscars, Sony’s Quentin Tarantino saga Once Upon a Time… and Universal’s World War I epic 1917 each took home a statue for Best Picture (Musical or Comedy and Drama, respectively).

Recent history shows that more than half of all Best Picture winners at the Academy Awards were also victors at the Globes. But in the two weeks since the Hollywood Foreign Press Association handed out its awards, the race for Oscar’s top prize has only gotten muddier.

Considering that producers are the Academy voters who ultimately choose the Best Picture winner, this would seem to lend itself to an all-but-certain result at the Feb. 9 telecast. Right?

But 1917, which debuted to the industry in late November, making it a belated entrant to the Oscar race, has failed to garner any meaningful attention for its actors, including SAG and BAFTA noms for its lead actors, George Mackay and Dean-Charles Chapman.

Interestingly, Parasite, which has earned widespread acclaim for Bong including Oscar nominations for Original Screenplay, International Feature Film, and Best Picture, is also missing individual accolades for its all-Korean cast of actors.

This begs a bigger question about whether the Academy will, as it traditionally does, link its favorite movie of the year to at least one or two of its favorite individual performances.

For those who prefer a side of healthy dose of question marks with their golden statues, this couldn’t be better news.

—Apple TV+ shows streaming-wars clout with renewals for series that haven’t yet debuted
—Phoebe Waller-Bridge and Fleabag cast reflect on love, religion, and saying goodbye
—These Oscar Best Picture nominees are “problematic,” but will that matter?
—The oral history of Laura Dern—in her own words
—World War I takes the pop culture spotlight after years of being the “neglected war”
Follow Fortune on Flipboard to stay up-to-date on the latest news and analysis.