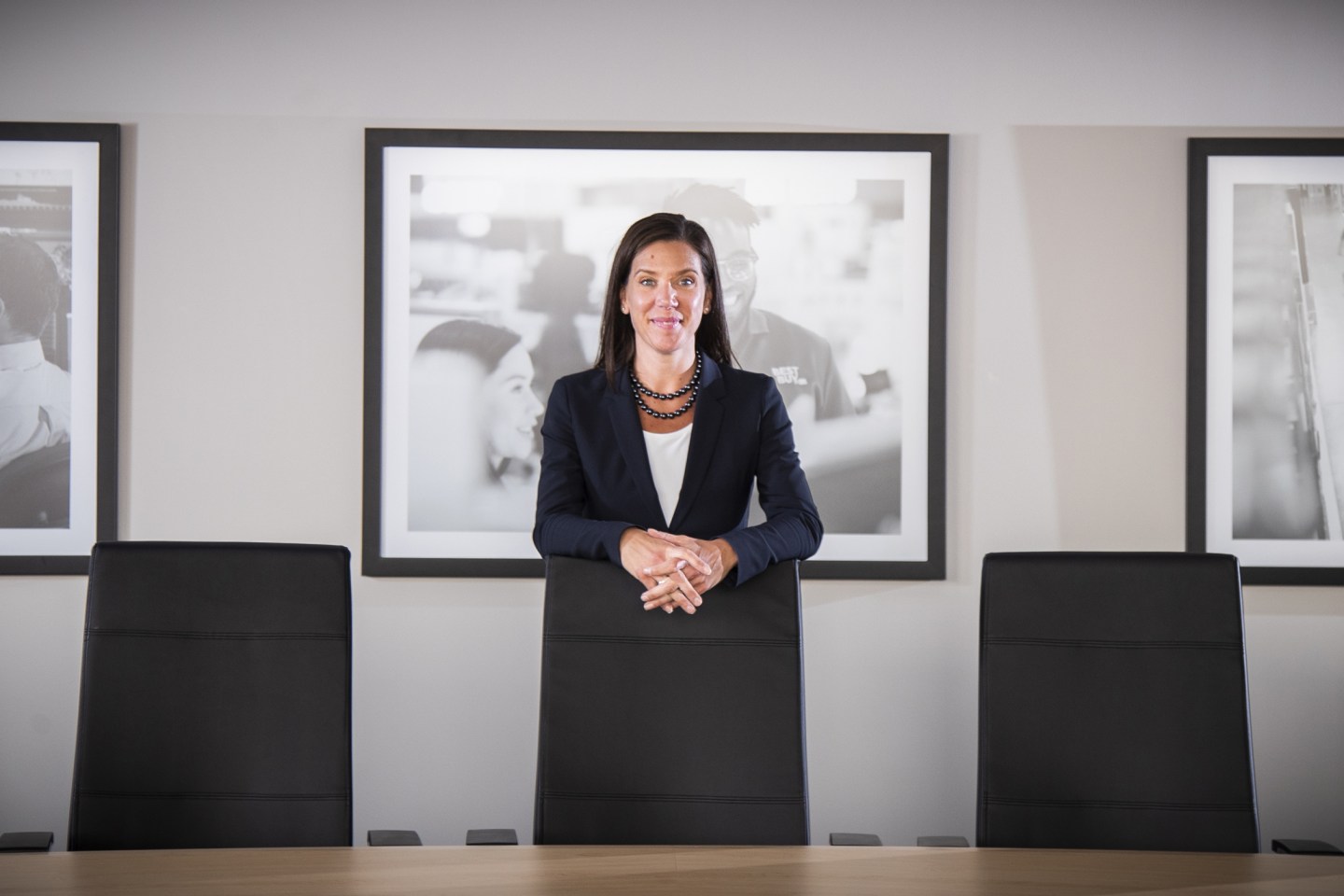 The board received an anonymous letter with the allegations against Barry, according to a statement. Best Buy hired the law firm Sidley Austin LLP to conduct an independent review and encouraged “the letter’s author to come forward and be part of that confidential process,” the company said.

“The board has my full cooperation and support as it undertakes this review, and I look forward to its resolution in the near term,” Barry, who is 45, said in the statement that was emailed to Bloomberg News. The company declined to comment beyond the statement.

Earlier, the Wall Street Journal reported that the Barry was in a romantic relationship with former SVP Karl Sanft, citing a copy of the anonymous letter that it said was delivered Dec. 7. The letter alleges the relationship occurred before she took over as CEO last year, the Journal said.

Best Buy shares fell as much as 2.3% after the close of regular trading before paring most of the decline. Sanft could not immediately be reached for comment when contacted on LinkedIn and email.

If the probe leads to Barry’s departure, her predecessor Hubert Joly, who’s currently leading the board as executive chairman, could return as CEO on an interim basis, according to Michael Pachter, an analyst at Wedbush Securities.

“I am not worried about future of the company at all,” he said. “But this does speak to something culturally odd about Best Buy. I just don’t get it.”

It’s not the first time Best Buy has had issues related to office romances. Former CEO Brian Dunn resigned in 2012 after an inappropriate relationship, with the founder stepping down as chairman shortly afterwards for failing to tell the board.

The announcement could be a distraction for the company as it prepares to release results for the all-important holiday period. The year-end shopping season was marred by a poor selection of electronics goods, experts say, which has dented the results of other retailers. Best Buy, given its market position, may be especially affected by the trend.

The company’s stock gained 66% last year—more than double the return of the S&P 500 Index—as the company expanded its array of services designed to help consumers integrate electronics in their homes.

Barrie took over as CEO last year after serving as chief financial and strategic transformation officer. She helped create plans to find new revenue streams, including an in-home advisory program she spearheaded to help customers with any tech-related issue. That focus on services, coupled with expanded e-commerce operations, have helped Best Buy to bounce back after years of losing market share to Amazon and other competitors.

—Retailers reuse and recycle the way to increased growth
—L’Oréal’s new at-home device makes personalized beauty products
—How the 2010s changed retail forever
—Consumers are turning away from real fur, but faux fur isn’t a perfect fix
—After a decade of e-commerce, convenience just isn’t enough
Follow Fortune on Flipboard to stay up-to-date on the latest news and analysis.