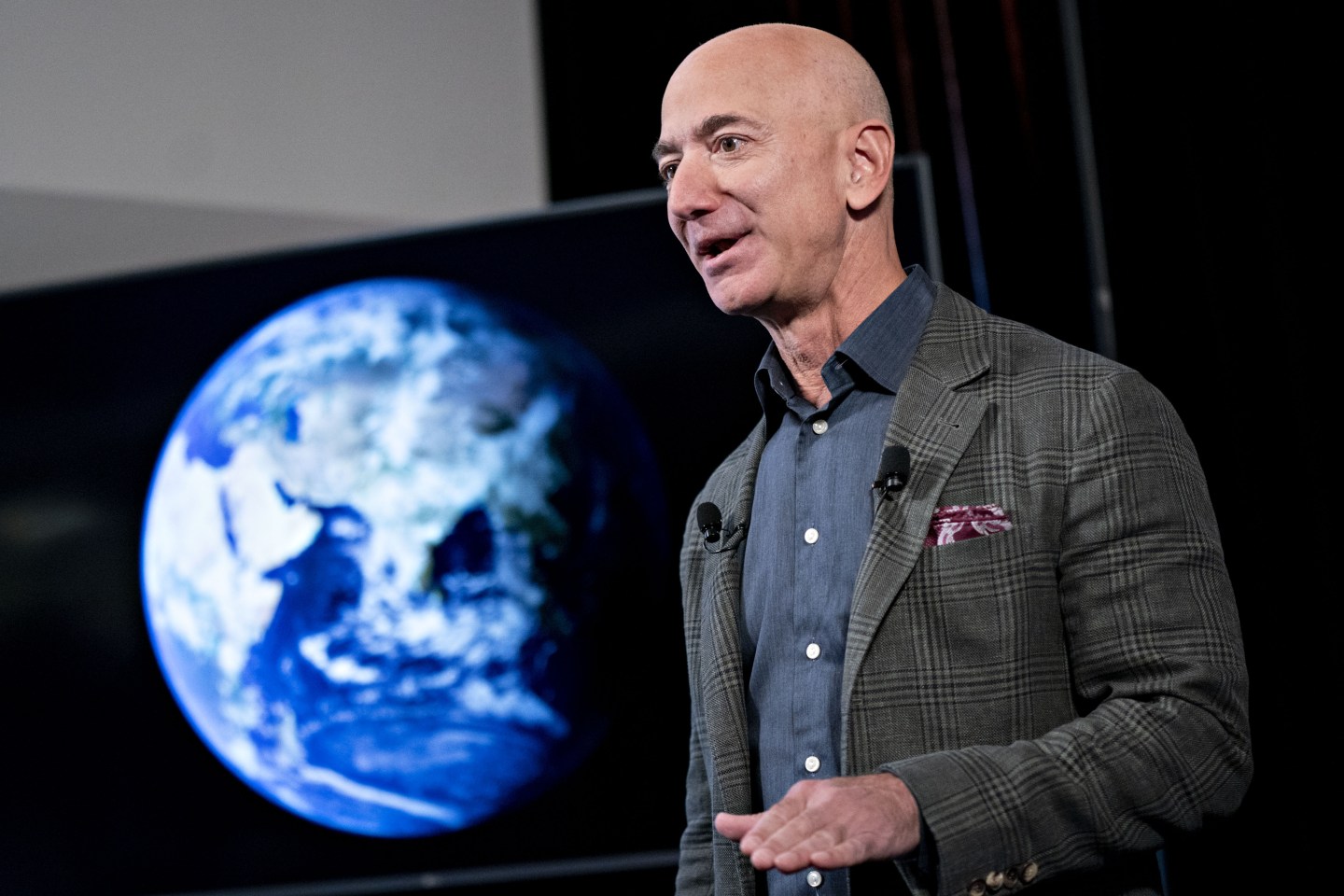 Jeff Bezos, founder and chief executive officer of Amazon.com Inc., speaks at the National Press Club in Washington, D.C., U.S., on Thursday, Sept. 19, 2019. Bezos spoke about Amazon's sustainability efforts a day before workers around the world, including more than 1,000 of his own employees, are scheduled to walk out to spotlight climate change. Photographer: Andrew Harrer/Bloomberg via Getty Images
Andrew Harrer—Bloomberg via Getty Images

Amazon.com Inc. founder Jeff Bezos is likely to be greeted by an unprecedented show of opposition during his short India visit this week, after thousands of small-time local retailers pledged to protest its pricing and exclusive-selling practices.

The Amazon chief executive is slated to headline the inaugural session of Amazon India’s event for small and medium businesses — “smbhav” — which kicks off Wednesday in New Delhi. The billionaire is scheduled to take the stage alongside Amazon India chief Amit Agarwal in a fireside chat, anchoring an event that also features Infosys Ltd. co-founder Narayana Murthy and retail billionaire Kishore Biyani, who recently sold a stake in his retail group to Amazon.

Bezos’s visit underscores India’s growing importance to his company. Competition there is building to record levels as Asia’s richest man, Mukesh Ambani, prepares to go live with JioMart and Walmart Inc.’s Flipkart Online Services Pvt delves deeper into the countryside. Yet resentment is growing toward Amazon’s traditional cut-price approach. More than half-a-million traders representing thousands of trading bodies grouped under the Confederation of All India Traders plan to organize sit-ins and public rallies in 300 cities to protest Bezos’s visit, the group said.

“We will have massive protests across the country and our biggest demonstration will be in Delhi, where we have sought Delhi police’s permission to protest outside the venue of Bezos’ event,” Praveen Khandelwal, CAIT secretary-general, told Bloomberg News.

The traders plan to mark Jan. 15 — the day of Amazon’s India event — “National Protest Day” and demand that Amazon and other online retailers comply with new guidelines that forbid heavy discounting and exclusive online-only deals. CAIT represents over 70 million small merchants who control more than nine-tenths of the retail trade in a country where big box retailers and chains have yet to penetrate beyond the biggest cities.

“Bezos and Amazon have already destroyed many small businesses and are now trying to build a false narrative of empowering small retailers,” Khandelwal said during a phone interview from Delhi.

Bezos last visited India in 2014 under starkly different circumstances. During the visit, Bezos wore Indian festive clothes, rode atop a festooned truck outside the Amazon India headquarters for a photo opp, and presented its Indian unit with a giant check for $2 billion. Since then, Amazon has pledged a further $3.5 billion to expand in the country. India’s e-commerce market is expected to reach $150 billion by 2022 from $38.5 billion in 2017, according to the government’s India Brand Equity Foundation

But the influential CAIT has waged a battle against online commerce players — notably Amazon and Flipkart — accusing them of using deep pockets to offer discounts on everything from smartphones to apparel. Both retailers have denied the charges and responded by hiring thousands of artisans, women entrepreneurs and small sellers. Bezos has sought meetings with government officials to discuss policy challenges.

“Traders are enraged that Amazon and its peers are using foreign money and venture capital to fund discounts,” said Sachin Taparia, chief executive officer of New Delhi-based community social platform LocalCircles. “India needs the foreign investment and jobs it will bring, and needs to be seen as pro-big business,” said Taparia. “On the other hand, the ruling party has to ensure that the traders who form its political and electoral support base are not upset.”

About a year ago, India tightened its ecommerce rules, forbidding online retailers from holding stakes in sellers, owning inventory, heavy discounting or forging exclusive arrangements with brands. Following the changes, both Amazon and Flipkart restructured their local units.

Bezos is also scheduled to meet with celebrities from India’s Bollywood movie industry in Mumbai as Amazon prepares to invest heavily on content for Indian audiences. Meanwhile, the CAIT has sought a meeting with Prime Minister Narendra Modi “to put things straight”, Khandelwal said. “We have not heard back from the prime minister’s office and we learn reliably that neither has Bezos got an appointment so far.”