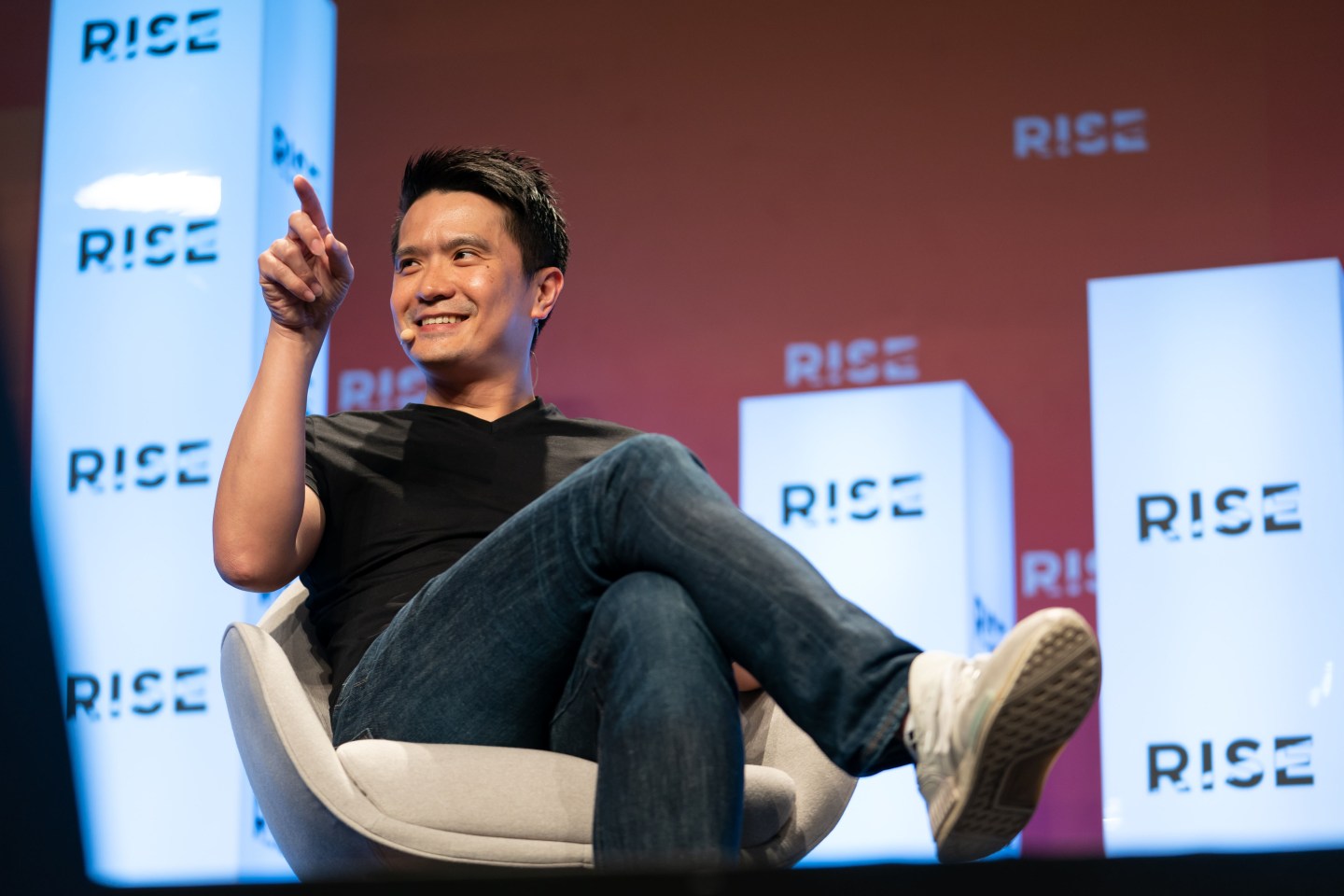 Gaming company Razer Inc. and billionaire Jack Ma’s Ant Financial announced on Thursday they would each apply for a full digital banking license, joining the race to create virtual lenders in the city state.

Razer’s shares leapt as much as 13.4% Thursday, their biggest intraday gain since April, before edging back to a solid 8.7% on the Hong Kong Stock Exchange.

For Ant, securing a digital banking license from Singapore authorities would enable China’s largest online financial platform to step up efforts to expand outside the mainland.

The Monetary Authority of Singapore (MAS) is set to announce the winners of digital banking licenses in mid-2020. Earlier in the week, Grab Holdings Inc. and Singapore Telecommunications Ltd. unveiled a joint bid for a digital full banking license as well.

The MAS is offering as many as five digital banking permits to non-banks in a bid to open up the financial industry to new competitors. Winning a license would pit Ant and Razer against traditional incumbents such as DBS Group Holdings Ltd. and Oversea-Chinese Banking Corp. in the growing market for digital banking in Southeast Asia.

Efforts to open up the Singapore banking industry to technology companies come on the heels of a similar move in Hong Kong, where units of Ant Financial and other Chinese firms including Tencent Holdings Ltd. obtained licenses. Southeast Asia’s digital lending market is expected to more than quadruple to $110 billion by 2025, according to a report by Bain & Co., Google and Temasek Holdings Pte.

“Upon obtaining the license, we believe Razer would leverage on its 70 million registered user base across its software offerings to cross-sell more financial products,” Jefferies analysts led by Ken Chong wrote Thursday. “This would likely include insurance and wealth management products offered by Razer’s ecosystem partners, while Razer would contribute its traffic and data of its core user base of game enthusiasts.”

Instead of fighting local banks, Razer Fintech plans to target the youth and millennial segment in Singapore. Eventually, it aims to roll out globally as Razer Youth Bank, which the company said would be the first bank of its kind.

“Youth and millennials are underserved even in a crowded space like Singapore,” said Lee Li Meng, Razer’s chief strategy officer who assumed an additional role as chief executive officer of Razer Fintech from Jan. 1. The new bank would target those between 12 and 35 years of age, he said, noting many young people grow up with little knowledge of finance. When they join the workforce they struggle to open a bank account or get a credit card or loans due to lack of savings and credit history. “We want to help them from a young age,” Lee said.

Razer is trying to leverage on its large, young fan base and its existing digital payments networks Razer Merchant Services and e-wallet service Razer Pay. It’s also looking to boost its global presence—the company is based in Singapore and San Francisco but has retail stores in places like London, Las Vegas, Hong Kong and Taipei.

It’s also trying to capitalize on younger consumers who use their mobile phones to read, chat and play, and stream music and videos. Such users will expect to use mobile phones to manage their money and trade stocks for more convenient and speedier services, Lee said.

Razer Co-Founder and CEO Min-Liang Tan has been trying to build an ecosystem of software and services for gamers to reduce Razer’s reliance on hardware peripherals such as gaming mice and keyboards. It got into the digital wallet business by acquiring e-payments platform MOL Global.

Since forming Razer Fintech as a separate entity in April 2018, it has built a large digital payment network in Southeast Asia and processed more than billions of dollars in total payment value. Razer Fintech has about 200 employees and some of its most prominent hires include Lim Siong Guan, former president of GIC Pte, Singapore’s sovereign wealth fund.

“We’ve thought about this long and hard,” Lee said. “We believe that we can do something revolutionary here in Singapore.”