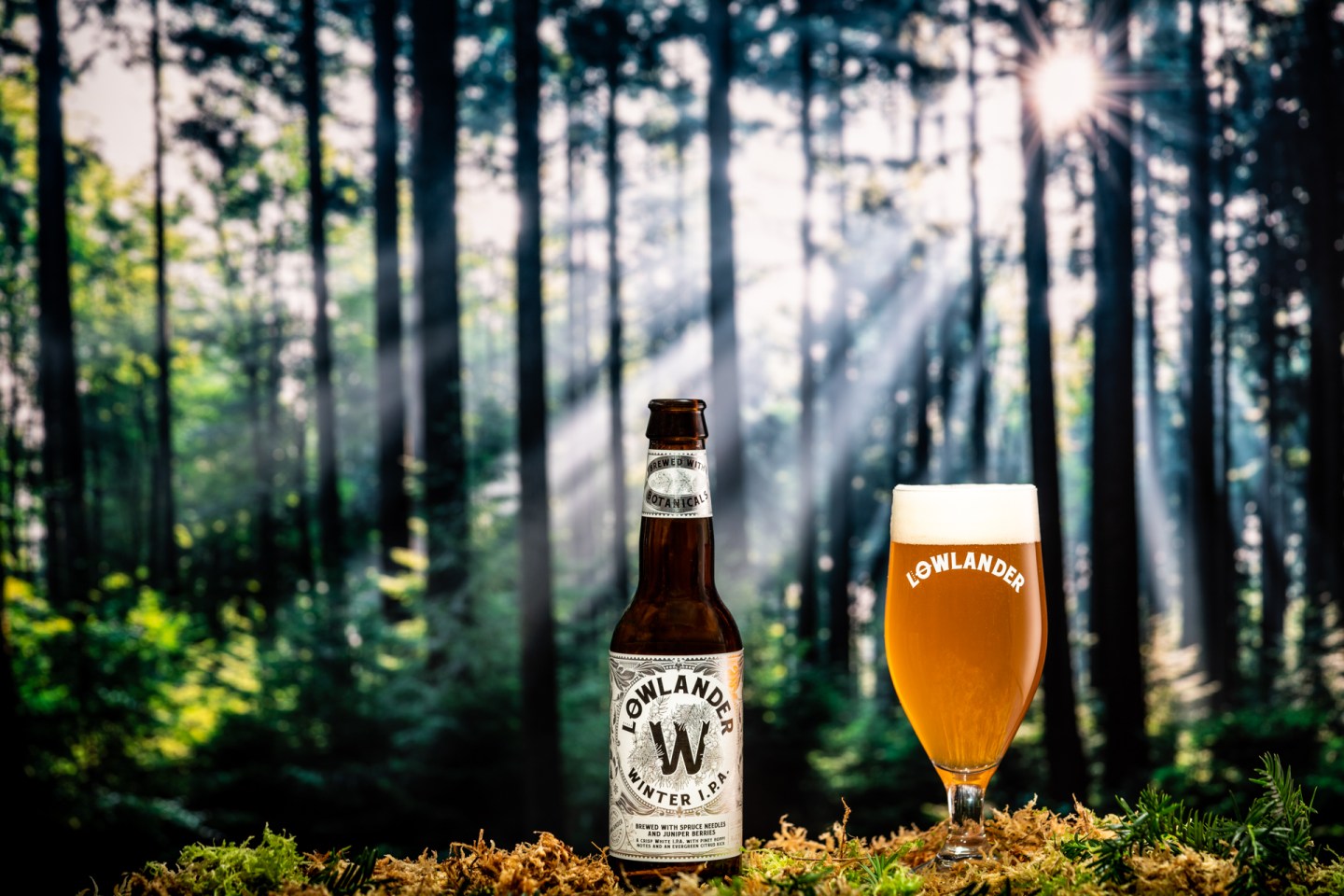 The Hyatt Regency Amsterdam brewed up a little something special for this year’s holiday season: a special seasonal beer made from last year’s Christmas trees.

“The mission was to spruce up ‘waste’ into something delicious,” says Gorka Bergareche, the cluster general manager of Hyatt Regency Amsterdam of the collaboration with local brewery Lowlander on the project, simply named the Lowlander Winter IPA. “Lowlander collected as many trees as they could, stripped the spruce, and brewed them with juniper into a sustainable 5% white-style IPA.”

What resulted is an easy-drinking beer, with aromas of an evergreen forest and flavors of citrus and hops. Spruce isn’t a typical ingredient found in brews, but it offers a botanical quality to the final beverage. For the Hyatt Regency in the Netherlands, it’s the perfect complement to the Indonesian cuisine of the hotel’s restaurant, Mama Makan.

The initiative started last year when Bergareche and his team realized that 2.5 million Christmas trees were sold in the Netherlands, but after the holidays, most of them end up “on the street as rubbish.” Hyatt Regency Amsterdam partnered with Lowlander, a popular Dutch beer that they already served in the hotel, to do something about it. The project ignited, but quickly grew bigger than they imagined. After a few television spots about the undertaking, they had amassed more than 1,000 trees from a collection of hotels, restaurants, and cafés all over Amsterdam.

“In addition to having a tasty beer with these Christmas trees, we saw what this idea did in terms of awareness: The impact was huge,” Bergareche says. “Because of its success, Lowlander wanted to commit to future Christmases, but with an even larger impact.”

Crates of Lowlander beer, ready to ship to those both naughty and nice.
Hyatt Regency Amsterdam

The brewery decided to launch a charitable component through the Adopt a Christmas Tree foundation, which replants trees after the holidays for future use. To support these efforts, Hyatt Regency Amsterdam is donating straight funds to the cause: five cents from the sale of every beer will go to growing a sustainable Lowlander Christmas tree forest. “These trees are all grown organically, which is good for the environment and even better for the taste of the beer,” he adds, noting that they want to continue to make the beer each winter season.

The holiday brew is just one small part of the hotel’s larger commitment to sustainability. When the property first opened two years ago, it was named the greenest hotel in the country and held the highest BREEAM score (a global sustainability assessment method) for a hotel in the Netherlands. The Hyatt Regency Amsterdam hosts plastic-free buffets and zero-waste lunches while also repurposing waste water and recycling kitchen waste into biofuel. The hotel also has living gardens hanging from the ceiling and walls in the lobby, with potted plants decorating every guest room. There are no plastic bottles in the guest rooms either. Recently, the hotel started turning used wine bottles from the restaurant into drinking glasses instead of trashing them.

“To live up to our honor of being the greenest hotel, we strive to constantly bring the hotel story to life with new sustainable initiatives that are both exciting, impactful, and long lasting and really living true to our promise,” Bergareche says. “The [Winter IPA] added to our sustainability story in a unique, fun, and creative way.”

A wintry beer by an open fire.
Hyatt Regency Amsterdam

The Lowlander Winter IPA launches at Mama Makan on Dec. 11 and retails for 6 euros ($6.65 USD). It can also be found in Albert Heijn supermarkets and select bottle shops and restaurants in Amsterdam.

More on holiday shopping from Fortune:

—Give these world-class experiences as gifts this holiday season
—Tiny tech gadgets great for stocking stuffers
—Travel must-haves to give your favorite globe-trotters
—The best books to gift people you know well—and people you don’t
—Must-have luxury items for everyone in your life
Get up to speed on your morning commute with Fortune’s CEO Daily newsletter.