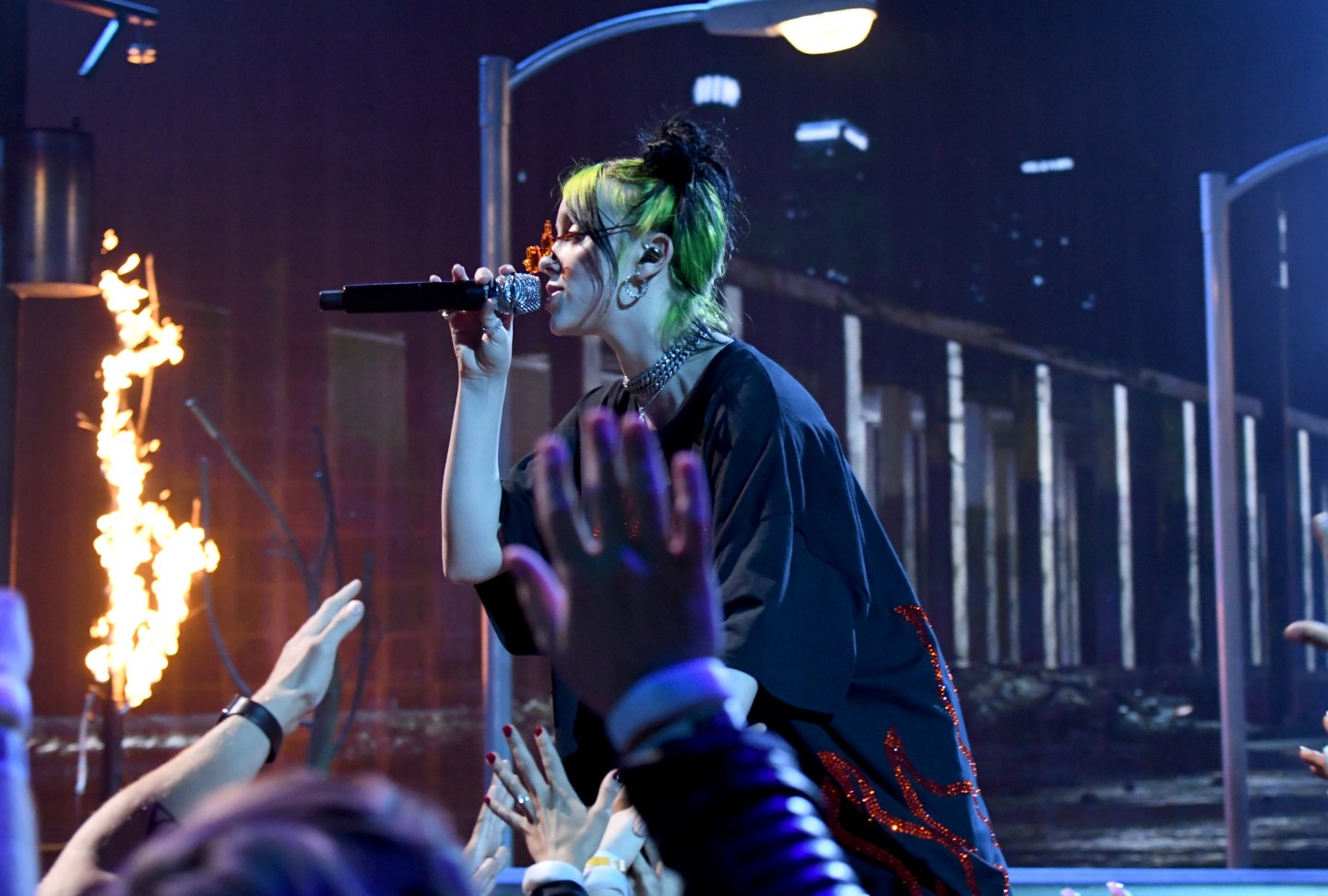 You know the Grammys, Billboard Music Awards, and American Music Awards. Now Apple is hoping it can eventually join that group.

The iPhone maker announced the launch of the Apple Music Awards, a new award given to the industry’s “best and boldest musicians.” Apple said the awards also honor “the enormous impact they have had on global culture.”

Billie Eilish, the 17-year-old global phenomenon, was awarded Artist of the Year in the first ever Apple Music Awards. Apple also gave Eilish’s album, When We Fall Asleep, Where Do We Go, Album of the Year honors. The company said that the album tallied more than a billion streams on Apple Music this year. Eilish and her brother Finneas shared Songwriter of the Year honors.

Apple’s music awards announcement may be an attempt to keep pace with rival Spotify, who has nearly double the number of paid subscribers as Apple Music. Just a couple of weeks ago, Spotify announced its own music awards, with honors given to artists based purely on user streaming data. Spotify plans to hold its first awards ceremony in Mexico City in March.

Apple Music Awards aren’t solely user-generated. Instead, the company said on Tuesday that its winners are chosen both from user stream data and by Apple Music editors, but didn’t reveal the exact process.

Although Eilish dominated this year’s Apple Music Awards, other artists nabbed victories. Singer, songwriter, and rapper Lizzo, who is the most nominated artist for the 2020 Grammys, was named Breakthrough Artist of the Year.

“Lizzo’s joyful, bawdy message of self-love is the perfect soundtrack—or antidote—to 2019,” Apple said in a statement.

Song of the Year honors went to Lil Nas X for his wildly popular “Old Town Road.” Apple said that the song was the most-streamed track on Apple Music all year, but didn’t say how many times it was streamed worldwide.

While all the winners have been announced, Apple is streaming an awards ceremony live from the Steve Jobs Theater at the company’s Cupertino headquarters on Wednesday at 9:30 p.m. ET., featuring a performance by Eilish. The winners in attendance will pick up their hardware.

The Apple Music Award features a silicon wafer inside glass and an anodized aluminum body. Apple said it used the wafer design because it’s the same chip inside the devices that power Apple Music.