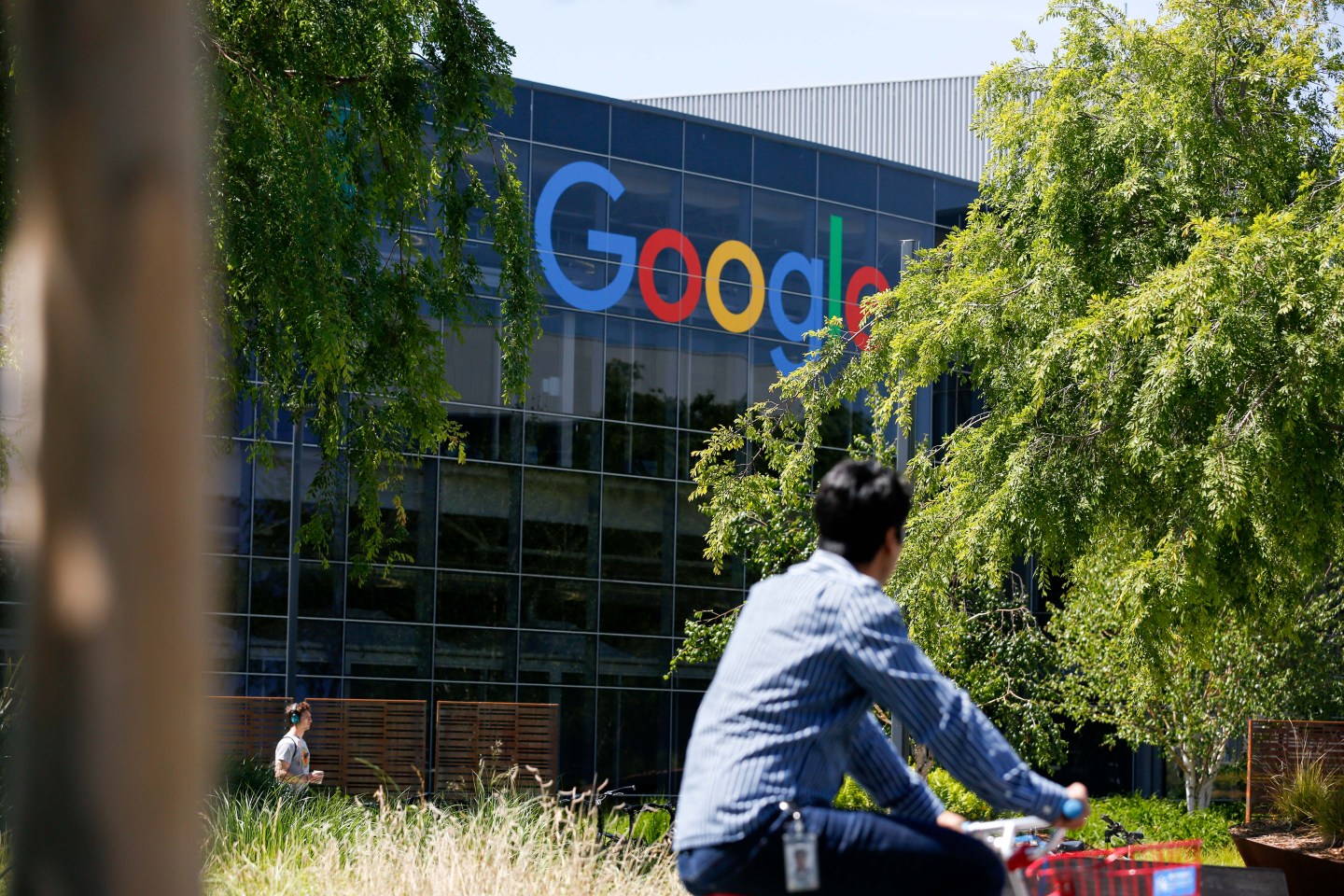 Google fired four employees for what the technology giant said were violations of its data-security policies, escalating tension between management and activist workers at a company once revered for its open corporate culture.

Alphabet Inc.’s Google sent an email describing the decision, titled “Securing our data,” to all employees on Monday, according to a copy of the document obtained by Bloomberg News. The company confirmed the contents of the memo but declined to comment further.

Some Google staff have been protesting and organizing in the past two years over issues including the company’s work with the military, a censored search service in China and its handling of executives accused of sexual harassment.

Some supporters of the fired workers said the organizing activities led to their dismissals.

“With these firings, Google is ramping up its illegal retaliation,” according to a statement from workers who are organizing at the company. “This is classic union busting dressed up in tech industry jargon, and we won’t stand for it.”

In recent weeks, some workers have cited management moves — such as implementing a tracking tool on employee’s web browsers and hiring a consulting firm known for anti-union work — as attempts to curb activism. The company has denied those charges.

One Google employee wrote on Twitter that the company was firing the employees to stamp out internal dissension.

On Friday, more than 200 people demonstrated outside Google’s San Francisco office for a protest organized by staff. The protesters demanded the company reinstate two employees who had been put on administrative leave, Rebecca Rivers and Laurence Berland.

On Monday, Rivers tweeted that she had been terminated from her job. Rivers confirmed the tweet but declined to comment further.

Rivers had said she was being targeted for protesting against U.S. Customs and Border Protection, which is testing a Google cloud product. Berland was active in protests against YouTube for its handling of hate speech policies. Both said last week that they didn’t trust the company’s official explanation for punishing them.

Federal labor law restricts retaliation against employees for collective action. “When other employees have engaged in the conduct Google cites in its memo, have they been fired?” said Jeffrey Hirsch, a University of North Carolina law professor and former National Labor Relations Board attorney. “If not, Google will likely have to reinstate the employees and pay them back pay.“

Below is the full memo that went out on Monday from Chris Rackow, Royal Hansen and Heather Adkins on behalf of Google’s Security and Investigations Team:

We’ve seen a recent increase in information being shared outside the company, including the names and details of our employees. Our teams are committed to investigating these issues, and today we’ve dismissed four employees for clear and repeated violations of our data security policies.

There’s been some misinformation circulating about this investigation, both internally and externally. We want to be clear that none of these individuals were fired for simply looking at documents or calendars during the ordinary course of their work.

To the contrary, our thorough investigation found the individuals were involved in systematic searches for other employees’ materials and work. This includes searching for, accessing, and distributing business information outside the scope of their jobs — repeating this conduct even after they were met with and reminded about our data security policies. This information, along with details of internal emails and inaccurate descriptions about Googlers’ work, was subsequently shared externally.

In one case, among other information they accessed and copied, an individual subscribed to the calendars of a wide range of employees outside of their work group. The individual set up notifications so that they received emails detailing the work and whereabouts of those employees, including personal matters such as 1:1s, medical appointments and family activities — all without those employees’ knowledge or consent. When the affected Googlers discovered this, many reported that they felt scared or unsafe, and requested to work from another location. Screenshots of some of their calendars, including their names and details, subsequently made their way outside the company.

We have always taken information security very seriously, and will not tolerate efforts to intimidate Googlers or undermine their work, nor actions that lead to the leak of sensitive business or customer information. This is not how Google’s open culture works or was ever intended to work. We expect every member of our community to abide by our data security policies.

Fortunately, these types of activities are rare. Thank you to everyone who does the right thing every day — doing amazing work, while inspiring and maintaining the trust of our users, partners, and each other.