It’s One of the Toughest CFO Jobs in Corporate America. Now It’s Hers 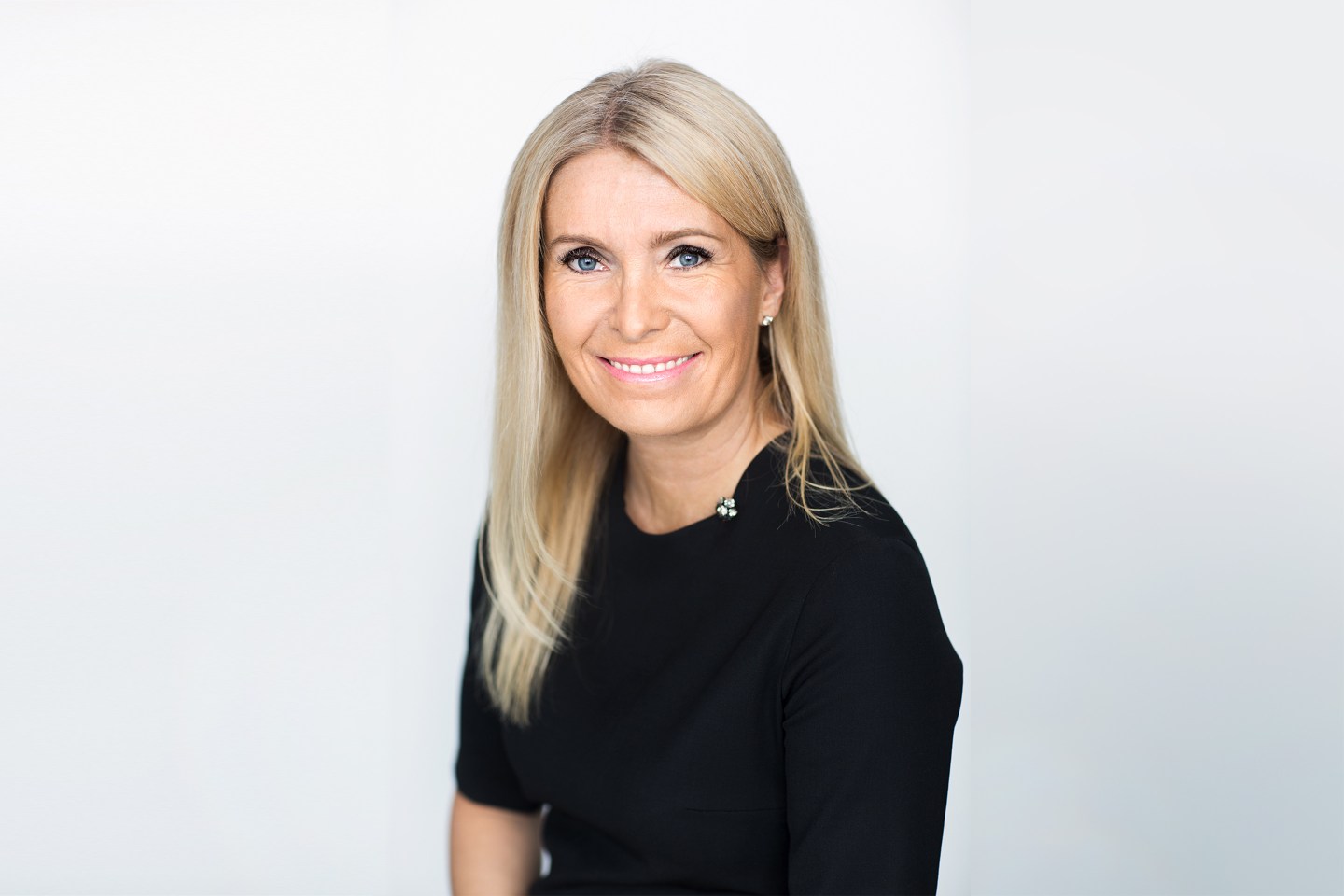 GE had been hunting for a new CFO ever since it said in July that Jamie Miller, who's currently in the job, would depart. In announcing the hire, GE CEO Larry Culp called Dybeck Happe “a proven global CFO with a superior track record of delivering results and creating value.” Elsewhere, Dybeck Happe was referred to as someone with "little name recognition in the U.S.," who lacks the “wow factor” GE investors might’ve been looking for.

If Dybeck Happe is a relative unknown, it won't be for long. In joining Culp’s C-suite, she’ll be taking on one of the toughest turnarounds in corporate America as the troubled Boston-based conglomerate tries to cut costs and reduce its mountain of debt—all while the Justice Department and the Securities and Exchange Commission investigate its accounting practices. (For a refresher on how it ended up in this mess, check out Geoff Colvin’s Fortune must-read: 'What the Hell Happened at GE?')

Dybeck Happe's appointment also points to the trend in recent years of more and more Fortune 500 companies naming female CFOs. There were 62 last year, up from 41 a decade earlier, according to Spencer Stuart. (In fact, last time we took count was for another big CFO announcement: Dhivya Suryadevara’s promotion to the role at GM.)

It’s also worth mentioning new research that illustrates the potential upside of such a move. An October study by S&P Global found that in the first 24 months of appointing a woman CFO, companies saw, on average, a 6% increase in profits and an 8% better stock return versus the records of male predecessors. All told, the women CFOs brought in $1.8 trillion of additional cumulative profits, according to the report, which examined 6,000 Russell 3000 firms over the past 17 years.

Dybeck Happe has been at Maersk for less than a year. Before that she was CFO of Sweden’s Assa Abloy, a lock manufacturer, for seven years. In that period, investors saw shares of the company return more than 150%.

- Misguided market confidence. Some depressing findings on board diversity from INSEAD researchers: For two years after companies appointed women to their boards of directors between 1998 and 2011, the companies' market value decreased. But it wasn't that the health of those businesses suffered—at least as measured by profitability. Instead, investor perception of the companies did. Why? Market investors saw the appointment of women to boards of directors as a sign that a company was prioritizing social goals over maximizing investor value. Harvard Business Review

- Campaign for health. Maya Rockeymore Cummings is running for her late husband Rep. Elijah Cummings's seat in Congress. At the same time she started her campaign, Rockeymore Cummings underwent a double mastectomy. Her mother and sister had both developed breast cancer; she ignored advice from men telling her to wait until after the campaign for the surgery. "You can't run a campaign and be effective if you are sidelined or focused on health issues," she says. Washington Post

- Quite a calling. Sarah Huckabee Sanders says in a new interview that she is "called" to run for office. That calling will most likely put her in the 2023 Arkansas governor's race. New York Times

- Elected officials. After the pro-democracy wave in Hong Kong elections, meet some of the city's new politicians. Jocelyn Chau, 23, was arrested while live-streaming a protest in August; she beat a 20-year incumbent for a district seat. Cathy Yau was a police officer for a decade but quit this year to stand with the Hong Kong protesters; she won against a 12-year incumbent. New York Times

- CBS suit. CBS programming executive Ghen Maynard filed a lawsuit claiming he's being pushed out of his job because of both racism and ageism. But the suit gets even more complicated: Maynard also claims that an investigation by the network into his treatment of a female co-worker was a "sham" and that his treatment by top brass at the network soured after the ouster of Les Moonves. In the lawsuit, Maynard implies that the departure of daytime programming chief Angelica McDaniel "was tied to her ethnicity." CBS says the lawsuit's claims are "without merit." Wall Street Journal

- The charts will go on. Celine Dion's new album Courage hit No. 1—and it's the first time the Canadian superstar has topped the charts in 17 years. The artist is now the fourth woman to have No. 1 albums in the 1990s, 2000s, and 2010s. Billboard

Connie Schultz: In a season of grief, I turned to home improvement Glamour

It’s easy to dismiss debutante balls, but their history can help us understand women's lives Time

"We won the World Cup as a movement."

-Megan Rapinoe in a GQ profile