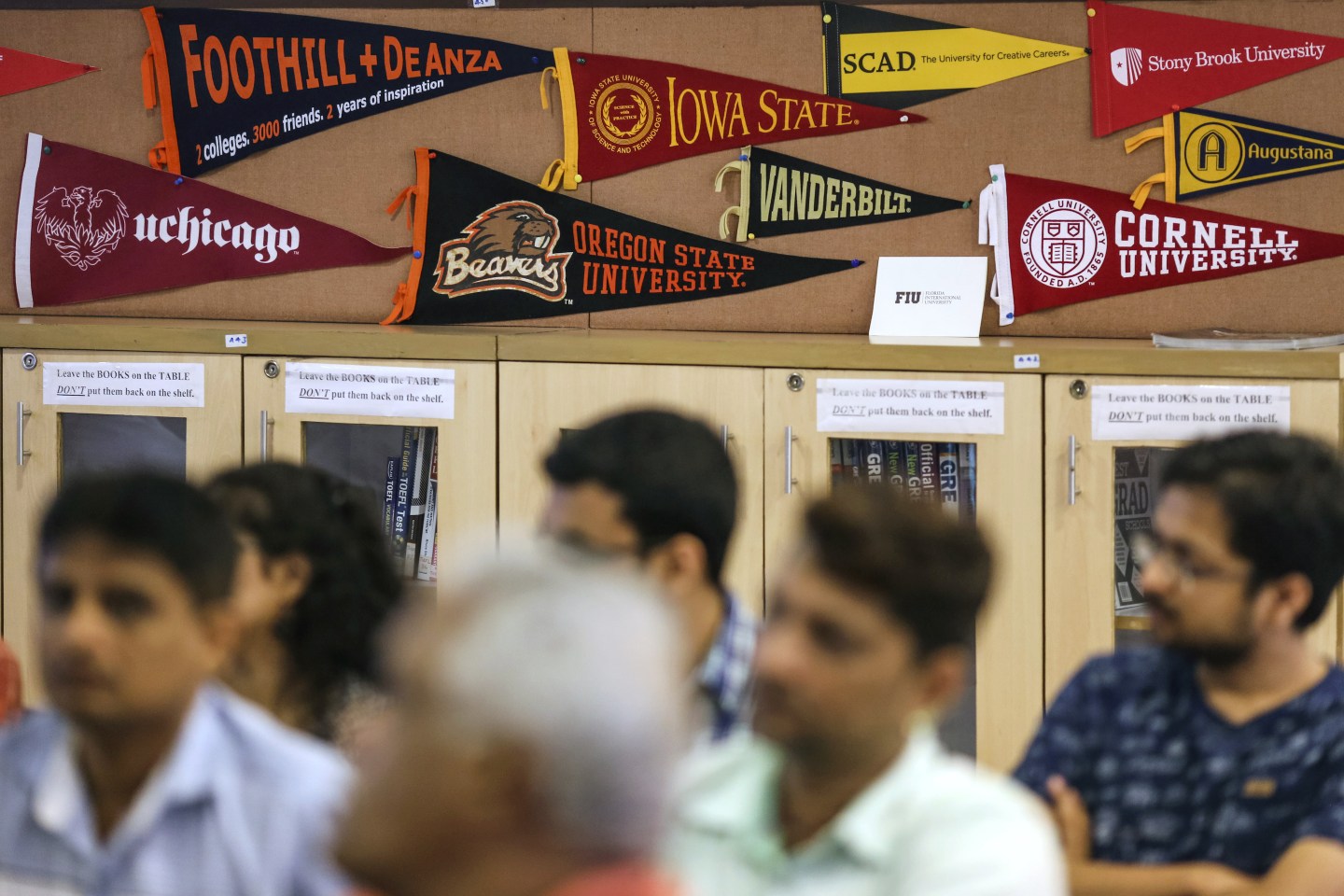 The number of foreign students coming to U.S. colleges and universities continued to fall last year, according to a new report, but the Trump administration says the drop should be blamed on high tuition costs and not students’ concerns over the nation’s political atmosphere.

An annual report from the Institute of International Education found the number of newly enrolled international students dipped by 1% in fall 2018 compared to the year before. It follows decreases of 7% and 3% in the previous two years, which were the first downturns in more than a decade.

The downturn is a worry for universities that have come to rely on tuition from foreign students, who are typically charged higher rates. Some schools have blamed President Donald Trump’s rhetoric against immigrants for driving students away, but officials at the State Department, which pays for the annual report, dismissed the idea.

Caroline Casagrande, deputy assistant secretary for academic programs at the department’s Bureau of Educational and Cultural Affairs, said students are deterred by the high cost to attend U.S. schools. She said the downturn is tied to students who were applying to college during the Obama administration, and that the numbers appear to be rebounding under Trump.

“What we’ve seen today is a dramatically better picture compared to last year’s declines,” Casagrande said during a call with reporters. “The Trump administration has dedicated more resources than ever to international student mobility.”

While fewer new students are coming, the study found that more are staying for professional training after they graduate. More than 220,000 were granted permission to stay for temporary work through a federal program, an increase of about 10% over fall 2017.

China continued to send more students than any other country, followed by India and South Korea and Saudi Arabia. But booming years of growth from China have leveled off. The number of overall Chinese students in the country ticked up by less than 2%, and some campuses have seen major decreases in Chinese enrollment.

Declines from China have been attributed to several factors. Chinese students have reported difficulty getting U.S. visas amid a trade war between the two nations. Universities in Australia and Canada have worked harder to attract Chinese students. And some scholars say concerns over academic espionage have fueled anti-China sentiment on U.S. campuses.

The report also found that far fewer students are coming from Saudi Arabia, a shift that began in 2017 after the Gulf nation scaled back a scholarship program for global study. There were also dips in students coming from South Korea, Japan, and Mexico.

Meanwhile, the U.S. attracted growing numbers of students from Asia, Latin America, and Africa. Numbers from Brazil and Bangladesh jumped 10% last year, the report found, while Nigeria ticked up 6%. Many universities have shifted their recruiting efforts to those areas in recent years as they look to offset losses from China.

“More institutions are expanding their outreach in more regions,” said Mirka Martel, the head of research, evaluation and learning at the Institute of International Education, which is based in New York. “This growth demonstrates how attractive a U.S. education is for students around the world.”

The academic subjects students come to study are also starting to shift. The number of students studying business, an area that has long been a draw for Chinese students, fell by 7% last year, the report found. Meanwhile, math and computer science saw a 9% increase and surpassed business as the No. 2 subject behind engineering.

—Why Trump is bad for business.
— Bernie Sanders dominates in donations from suburban women
—Trump wants to ban flavored vape products. Why not menthol cigarettes, too?
—The 2020 tax brackets are out. Here’s what you need to know
—More companies are openly supporting abortion rights
Get up to speed on your morning commute with Fortune’s CEO Daily newsletter.