Boeing Sends In the Humans After Robots Botch 777 Jet Assembly 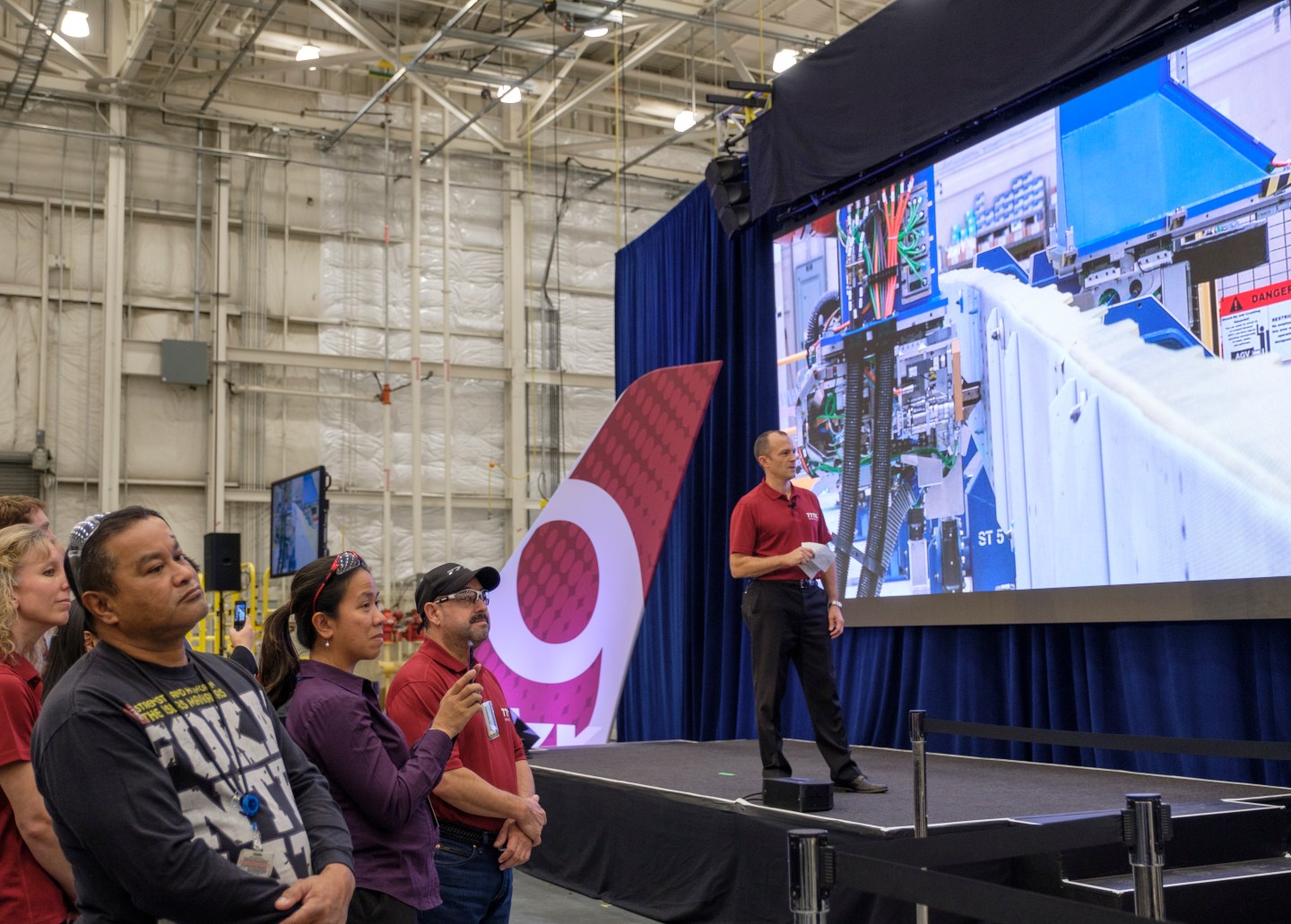 EVERETT, WA - OCTOBER 23: Boeing employees and Jason Clark, Boeing vice president of 777/777X Operations, watch as a wing spar assembly robot, on scree, begins production on the first Boing 777X airplane, on October 23, 2017 in Everett, Washington. The 777X jetliner, which will feature many of the fuel-saving innovation of the Boeing 787. (Photo by Stephen Brashear/Getty Images)
Stephen Brashear—Getty Images

Score one for the humans. After four years of trial and error, Boeing Co. is dumping one of its most ambitious forays into automation: the robots that build two main fuselage sections for its 777 jetliners and an upgraded version known as 777X.

Instead, the Chicago-based planemaker will rely on skilled mechanics to manually insert fasteners into holes drilled along the circumference of the airplane by an automated system known as “flex tracks,” which it has honed over years of use on the 787 Dreamliner.

The shift to the new human-plus-machine system began during the second quarter and should be complete by year’s end, Boeing spokesman Paul Bergman said in a statement. Boeing doesn’t plan any change in total staffing for its 777 jetliners, which are manufactured in Everett, Washington, about an hour north of Seattle.

“The flex track solution has proven more reliable, requiring less work by hand and less rework, than what the robots were capable of,” he said.

As tempting as automation can be — with its promise of a mechanized workforce that never gets sick, tired or hungry — manufacturers are finding many cases where the technology can’t match the dexterity, creativity and precision of human hands and eyes. Tesla Inc. famously tried to build a fully automated car factory in Fremont, California, before adding a tent outside of the facility to allow more work to be done by hand.

The technology was the handiwork of KUKA Systems, a company with deep automobile manufacturing roots. It was intended to replace the human mechanics who used handheld tools to insert 60,000 rivets into each plane. The robots were showcased as part of the advanced manufacturing that Boeing is pioneering on the 777X, and that it plans to expand to future jetliner programs next decade.

But the planemaker struggled to keep the robots moving in sync on the outside and inside of the fuselage panels, creating production snarls when it first introduced the FAUB technology to the legacy 777 line. A Seattle Times report from 2016 described a swell of worker overtime and incomplete jobs that were finished after jets rolled out of the factory.

“It was hard. It took years off my life,” Jason Clark, a Boeing vice president overseeing 777X production, said during an interview earlier this year.

The robot flub isn’t a complete loss. Boeing learned some valuable lessons from its “first very deep dive into that type of technology,” Clark said. “It’s taught us how to design for automation.”

The new method creates less wear-and-tear on workers since machines created by Electroimpact Inc. handle one of the the most physically demanding tasks of the fuselage assembly: drilling holes through metal.

Also, “We redesigned portions of the build to replace rivets with less difficult forms of fasteners, further improving the ergonomics,” Bergman said. The combination should bring improvements in safety, quality and factory flow, he said.

The 777X will be Boeing’s largest-ever jetliner, but the plane isn’t expected to take its first flight until next year after General Electric Co. unearthed a durability issue with its GE9X engines. The company relies heavily on robots to manufacture the aircraft, from wings spun from resin-infused tape to self-guided vehicles used to transport large components within the factory.