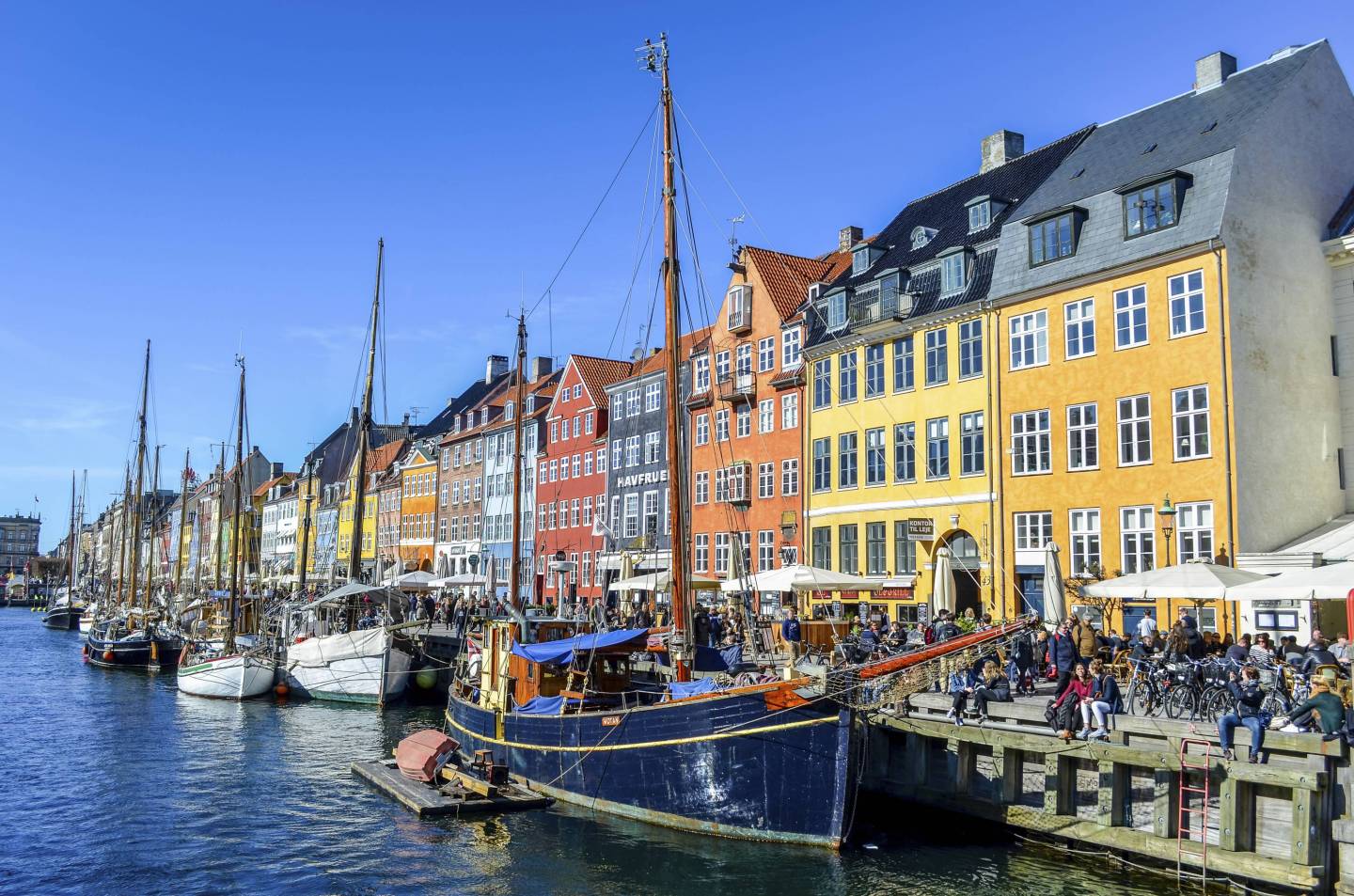 Silicon Valley Bank, a go-to bank for startups and tech hopefuls since the 1980s, is heading to the land of cheap business loans and negative interest rates: Copenhagen.

The Santa Clara, Calif. bank, which has bankrolled Airbnb, Fitbit, Pinterest and 30,000 other companies in its 35-year history, is expanding its footprint to the Nordic region, a flourishing hub of innovative technology and life sciences companies.

It’s also a region where start-up capital is cheap and banks have become eager lenders, an effect—some would call it a bug—of Europe’s plunge into negative interest rates as the wider economy slows.

Erin Platts, SVB’s head of Europe, Middle East and Africa, and president of the U.K. branch, assesses the bank’s prospects with a dose of sunny California optimism.

“We believe the next five to ten years in Denmark and the surrounding Nordic region will be even more exciting than the last five to ten years,” she said. “Generally, we believe innovation will continue to outperform other sectors. And, while other banks and companies may be looking inward, we are looking for more ways to expand.”

The U.S. bank’s entry, which was encouraged by Danish companies and investors, is seen as filling a kind of multifaceted funding-lending-consulting-networking-cheerleading gap that traditional local banks have a hard time closing.

Either because of rigid regulatory structures or a more conservative stance on risk-taking, traditional European banks have relatively shallow funding portfolios when it comes to potential high-growth, loss-making companies. This is beginning to change as the banks cast about for higher returns on invested capital.

The capital needs of startups, particularly those scaling rapidly, differ from more traditional businesses. Understanding how these companies operate as they quickly move from one growth stage to the next is a unique strength that not all traditional banks have yet mastered, says Brock Vandervliet, executive director and senior analyst covering mid-cap banks and mortgage finance at UBS Equity Research. He singled out SVB as one that understands companies’ transitions as they go from landing early equity and VC investments, to setting up cash management systems, increasing staff, extending global reach and setting revenue and profitability milestones.

“That knowledge exists in other large banks, but they don’t make it a dedicated effort. What banks usually do is lead with the lending and use that to build the relationship. At Silicon Valley Bank, this process can be reversed,” added Vandervliet.

SVB’s bullish Scandinavian outlook comes at a time when that of European financial institution’s is shaded with uncertainty. European banks, including some in Denmark, are offering ultra-cheap interest rates on business loans and mortgages, and they are hard-pressed to find new ways to stimulate revenue in the grip of slowing economic growth, loss-making deposits, and competition from emerging fintech players.

To be sure, fintechs like TransferWise and eBury are competing on much of the same turf as SVB and other specialist financial services firms by offering the tools—multi-currency accounts and international money transfer services —that appeal to growing businesses with global aspirations. If there’s an area where these disruptors fall short, however, it’s with their relatively limited networking reach and knowhow of helping young companies set up and grow in new markets.

Scandinavia is one of Europe’s top-tier business-incubation hubs alongside the U.K., Germany and France in terms of venture capital investment. And, there’s the unicorn factor—the region has created twelve unicorns since the early 2000s, with a combined value of $69 billion.

Last year in Denmark, VCs invested more than 600 million euros in 2018, a 200 million-euro increase from 2017, according to a report from Vækstfonden, the Danish state’s investment fund. (In the United States, VC funding topped $130 billion during the same period.)

The Vækstfonden actually lobbied SVB to come to the region, its CEO Rolf Kjærgaard, told Fortune. The main draw wasn’t the money. The Danes already have that. And it’s cheap. “It’s the global connectivity that they, the bank and SVB Financial Group, have built up so successfully.”

For the last couple of decades, SVB has been extending beyond its U.S. base. Denmark is the group’s sixth market after China, Ireland, Israel, Germany and the U.K. SVB already serves about 30 Nordic companies, primarily through its U.S. and U.K. branches, which give Nordic companies an easier route to enter and operate in those markets.

SVB has earned a reputation among entrepreneurs for helping startups push into new markets, from Israel’s Airobotics to New York-based Datadog, which, with SVB’s help, has been expanding deeper into Europe in recent years. Denmark’s Trustpilot, a reviews platform, secured $20 million in funding from SVB in 2017, money it used to help it expand its business. Hanno Damm, the chief financial officer at Trustpilot, told Fortune that when it landed a Series E funding round earlier this year, they contacted SVB about restructuring what remained of the original $20 million credit facility to free up the funds for other projects. “They are able to offer financing options and lend to companies under terms that more traditional banks are not able to provide,” said Damm.

Siteimprove, meanwhile, credits SVB with helping it grow overseas and become profitable. Founded in 2003, the cloud-based software provider now has 13 international offices, including 200 employees in Minneapolis. With capital raised from SVB, the cloud-based software provider built a development center at its Copenhagen headquarters, home to 130 employees. All told, the company has 230 employees in the Danish capital.

Further proof that in venture funding, not all money is the same.