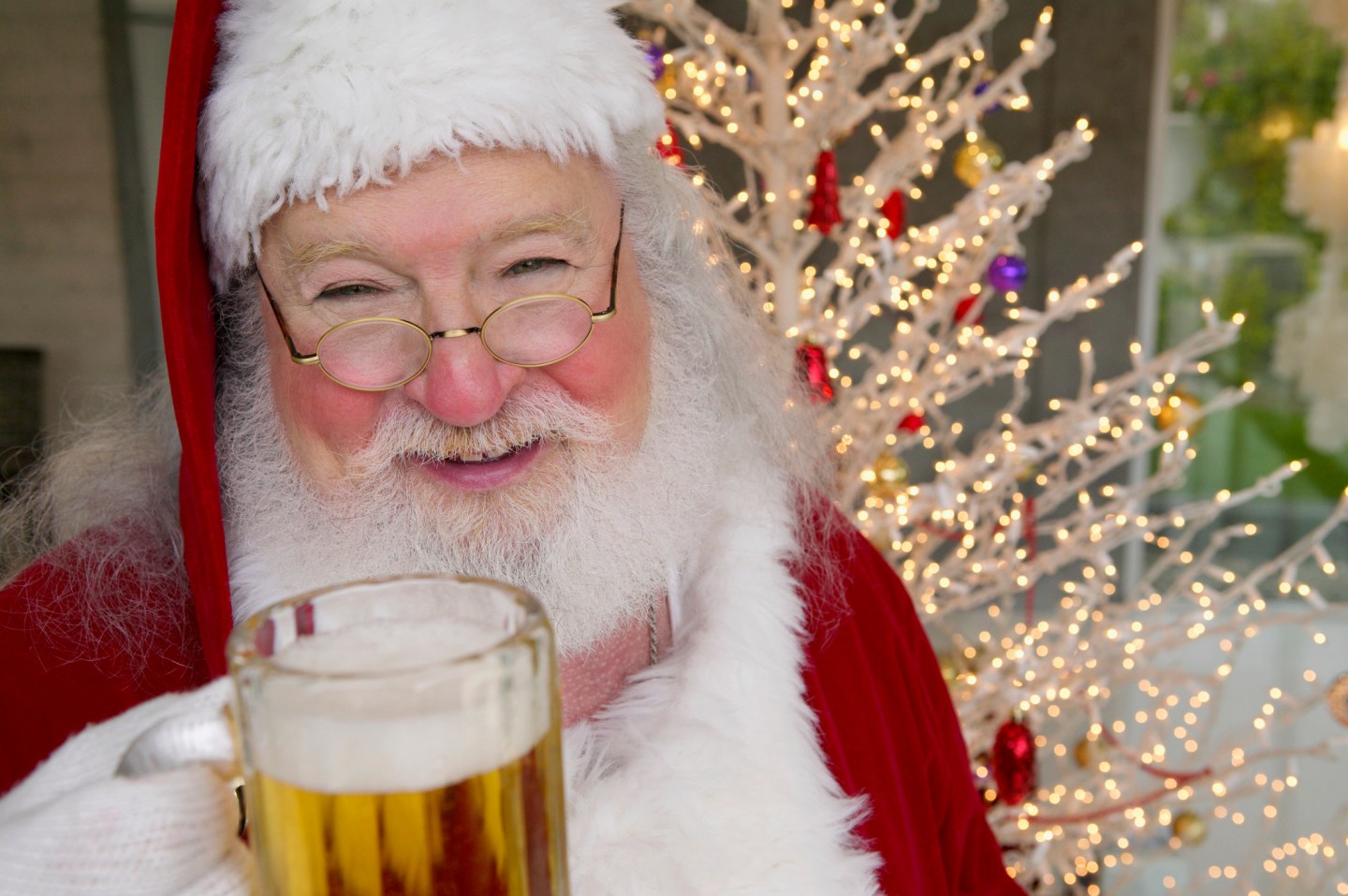 It’s the most wonderful time for a beer.

For a lot of people, the holiday season is about gifting fine wine or champagne. And, while there’s certainly nothing wrong with that, sometimes beer just goes better with the moment.

Buying beer as a gift is a bit tricky, though. A six pack of the recipient’s favorite is … fine. But this is the time of year to do something special. Make an impact this holiday by getting them something they can’t get themselves. Live on the east coast? A bottle of Pliny the Elder could make you a holiday hero. Out west? Westbrook’s Mexican Cake is considered a big get.

The trick, of course, is finding those beers. The best way to do that is through social circles. Find a friend who lives far away and ask their advice. If they’re not a beer drinker, dig up a list of the best breweries by state and ask that friend to grab the brewer’s flagship and send it to you. It takes a little extra time, but it’s an effort that will be appreciated.

Need a few suggestions to get you started? Here are a few of our favorites, weighed more heavily toward stouts, since those are more easily found this time of year.

Samuel Adams Utopias: It’s not a cheap gift (expect to pay at least $210 per bottle and many retailers put a mark up on that). It has an off the charts 28% ABV. And it’s illegal to sell in 15 states. But if you gift someone a bottle of Utopias, you give them one of the most sought after beers in the industry. It’s a beer to be savored over several months, one ounce at a time—much like a cognac or port. Suggested Retail Price: $210

Dogfish Head Barrel Aged World Wide Stout: World Wide Stout is already a beer worth seeking for its incredible balance and creamy mouthfeel. Add in the qualities that come with time spent in Heaven Hill bourbon barrels and you’ve got an incredibly rich, boozy concoction. Right now, while delicious, be warned that it throws quite a punch. If you or the person on your list can let it sit a year, though, you’re likely to have a mellow, sweet chocolately beer that is nuanced and memorable. SRP: $40

Weldwerks Medianoche Premiere, Vol. 1: Greeley, Colo-based WeldWerks is quickly building a reputation as one of the best brewers in the country. And Medianoche Premiere, Vol. 1 might well be the best beer it has ever made. Nine different barrel aged stouts, with an average age of 19 months, are blended together to create a thick, enormously complex beer that fuses the sweetness of rum and bourbon with a rock solid stout. It’s an expertly blended offering that you will never forget. SRP: $30

Goose Island Bourbon County Stout Vertical Collection: Any Bourbon County Brand Stout is going to be appreciated by beer lovers, but the beers improve dramatically with age. This year, the Anheuser-Busch owned brewer wisely put Bourbon County Stouts from 2017, 2018, and 2019 in a single package, letting people compare them side by side to see how much the beer evolves in just a year or two. It’s a chance to easily showcase how Bourbon County’s complexities evolve and improve over time—and could convince your friend that cellaring good beers is a hobby worth exploring. SRP: $50