The Unconventional Methods Liquor Makers Are Taking to Be More Sustainable 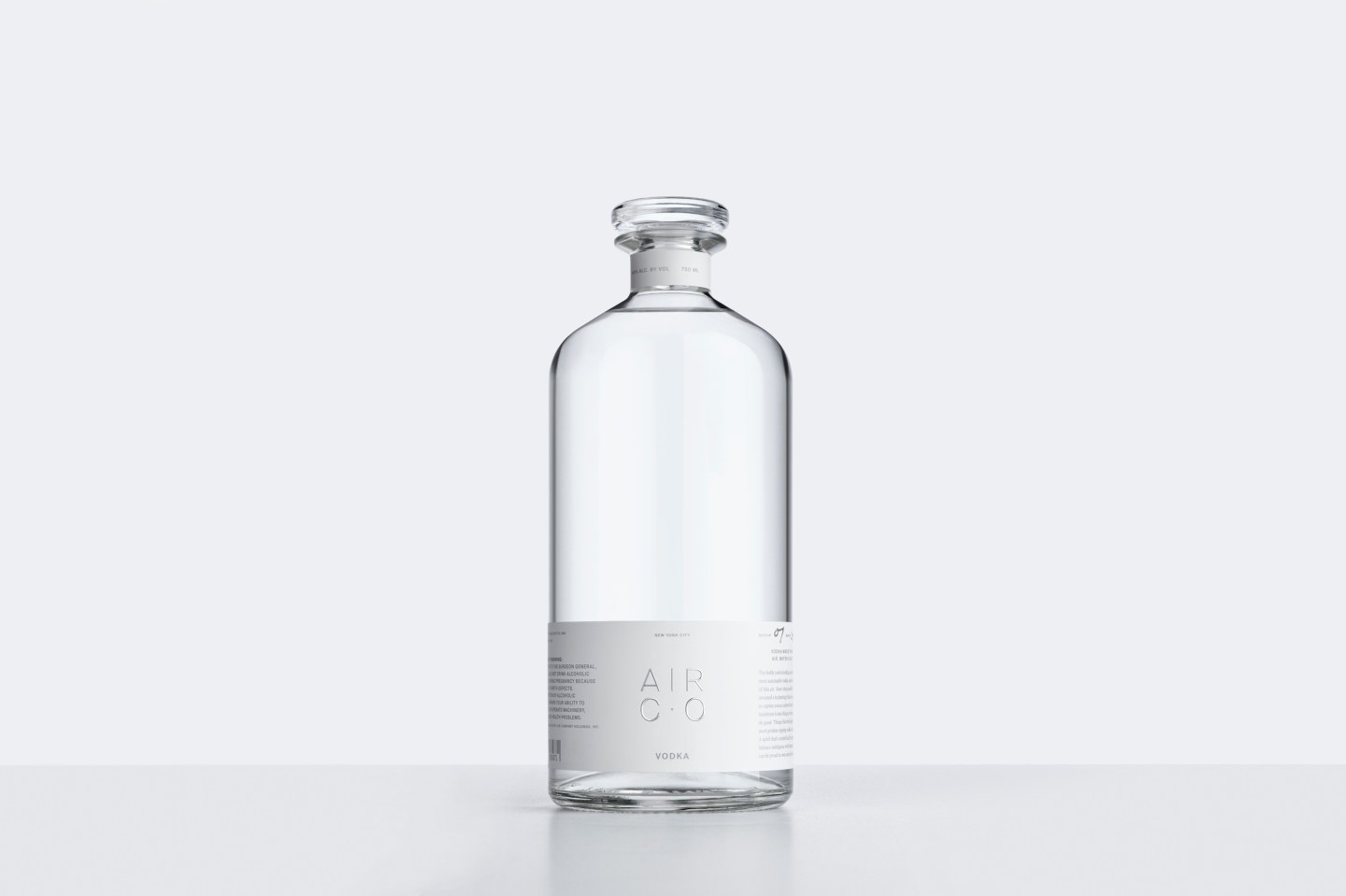 Air Co. says the only two ingredients that are required for its vodka are carbon dioxide and water.
Air Company

Standing in my kitchen, I pour three teeny servings of vodka into three tiny glasses.

On the far left is Stoli, and the nearby bottle tells me a tale of foreign lands. The spirit hails from fertile wheat farms in Russia’s Tambov region before becoming a vodka in Latvia. I sip it and it tastes like a standard, smooth vodka. Next to Stoli is Tito’s, a newer buzzier brand, with a bottle that evokes more modern marketing. Handmade in Texas and with no gluten and no added sugar. Smooth like Stoli, though Tito’s has a very mild hint of sweetness at the finish.

The last of the trio is from a new startup called Air Co. Vodka is often described as “odorless, colorless, and tasteless” and this new vodka aligns with the last two describers, but not the first. When raised to my nose, I detect a hint of ethanol. But the taste is as close to a classic vodka as you can imagine.

What helps Air Co. stand out is the marketing. This vodka is “Made From Air, Water & Sun.” And it is proclaimed to be the world’s “most sustainable vodka” ever.

Founded in New York City by Greg Constantine (a former Diageo executive) and Stafford Sheehan (a Yale PhD), the new brand is a purported carbon-negative vodka, achieved by producing ethyl alcohol from carbon dioxide in the atmosphere. The startup says that each bottle produced is equal to the daily carbon intake of eight trees.

After a complex scientific (and proprietary) process, Air Co. purifies and dilutes the ethanol to a 40% alcohol by volume vodka.
Air Company

In layman’s terms, vodka is typically made by taking big molecules from starches like wheat or potatoes and breaking them down, a fermentation process that requires a lot of energy. Air Co. is reversing traditional production methods, instead combining carbon, oxygen, and hydrogen atoms to produce ethanol and oxygen. “We use carbon dioxide as one of the ingredients for our alcohol, rather than have it as an emission,” says Sheehan.

The distilling process is powered by an electric steam boiler, which runs on solar electricity. The vodka is bottled by hand and labels come from a supplier in New York. Bottles are from Illinois but the startup wants to work on getting those locally, too.

Air Co.’s sustainability focused business model reflects a broader societal shift. Consumers are cutting back on single-use plastic, reducing their travel footprint, and even adopting plant-based diets, all in a bid to lessen their impact on the environment. Increasingly, studies show consumers expect beverage companies to hold similar standards throughout the production chain.

“Consumers are more conscious about what they are putting into their body, but also about how things are made,” says Constantine.

The world’s largest liquor makers are also getting serious about sustainability.

In Sweden, Pernod Ricard’s Absolut distillery takes leftover fermentation of wheat and feeds nearly 300,000 local pigs and cows each day. The vodka brand’s bottles use more than 40% recycled glass. And in Scotland, The Macallan Distillery gets 80% of its heat from non-fossil fuels and is on track to achieve a zero waste to landfill goal by 2025, which also coincides with a government target.

Sustainability has become a transatlantic trend. Maker’s Mark and Jim Beam have implemented watershed protection programs broadly aiming to restore wildlife habitats, prevent erosion, and increase groundwater filtration. Across all operations, the company says it has achieved a 13% reduction in water use per unit of production over the past three years.

Diageo’s Bulleit Distilling Co. wants to source all energy from renewable electricity by 2030. Bulleit sources locally when it can, has invested in sustainable packaging, and operates a greenhouse to provide ingredients and garnishes for a cocktail bar program with the University of Kentucky.

But startups have taken greater risks as it pertains to production, a benefit of a lack of scale. Dairy Distillery takes unused milk sugar from Ontario dairy farms to make a vodka with traces of vanilla.

“The dairy we work with is dumping 150,000 liters per day of milk permeate,” says Omid McDonald, founder and CEO of Dairy Distillery. But instead, his company takes the waste to make a lactose- and sugar-free spirit.

When it launched less than a year ago, Dairy Distillery had originally thought it would avoid using the word “waste” in any messaging, fearing consumers would think production relied on rotten milk. But Dairy Distillery underestimated the wonder of waste as a marketing tool. It now proudly talks about turning waste into something delicious.

“Our message is you can still continue to party and do something good for the environment,” McDonald says. Though only sold in Ontario, Alberta and Nova Scotia, the distillery’s Vodkow brand has sold over 25,000 bottles in just 10 months.

Air Co.’s founders say they are building a technology company that wants to turn carbon into value. Cynics will shutter at a vodka distiller calling itself “tech” and for good reason. There are many, many examples of consumer goods companies that have hyped themselves under the tech halo without any good cause or reason. But to their credit, Air Co. says it can apply its technological approach to carbon to more far afield categories where ethanol is an ingredient, like say, fragrances.

“We are on a mission to change the world and save the planet,” Constantine says. “You have to start somewhere, and we are starting in vodka.”