Once Seen as a Novelty, Ranked-Choice Voting Gains Ground Nationally 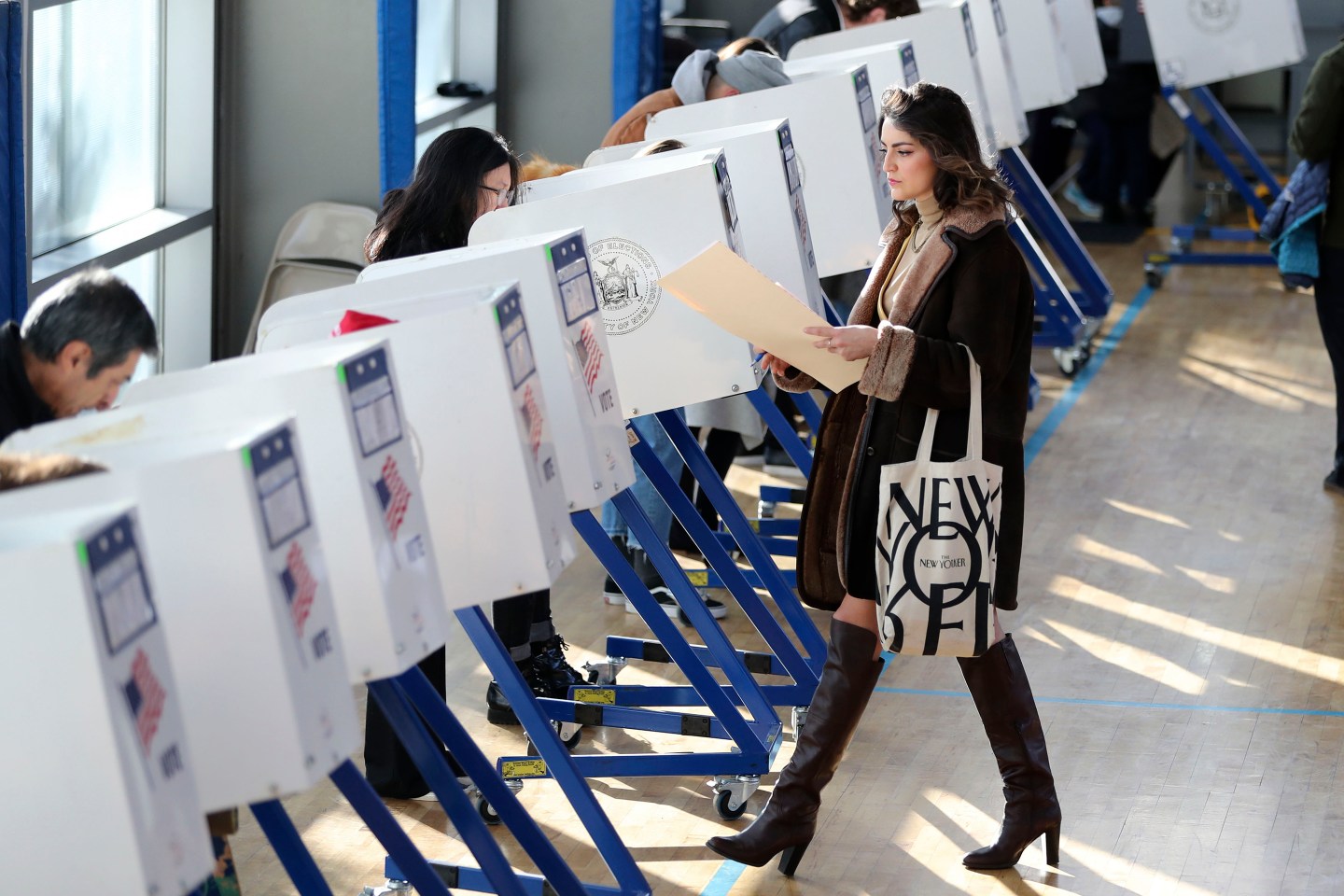 Voters in New York City have revised the city charter to adopt ranked-choice voting, a new way of deciding who has won an election that is steadily gaining in popularity across the country. Supporters of ranked-choice voting include Democratic presidential candidate Andrew Yang and Rep. Alexandria Ocasio-Cortez (D.-N.Y.)

Under current election rules in most places in the U.S., the winner is determined by what is described as a “first across the post” system, meaning that the person with the most total votes wins. In a two-party slash two-candidate race, a person with 1,000 votes beats a person with 999 votes, for example.

Of course, many races feature more than two candidates, and that’s where ranked-choice voting promises to offer voters a better way to navigate their choices.

It’s important to note that each voter still only has one vote—but under ranked-choice voting, the voter also has a new mechanism for maximizing the impact of that vote.

Critics argue that ranked-choice voting creates a muddle for voters, upending centuries of tradition that have, for the most part, worked pretty well. They also raise the concern that tabulation errors will be more likely in the future, given the sorting of ballots between those for the candidate who ultimately wins the election, and the so-called “exhausted ballots” of candidates with low vote totals, which are by design counted differently. All of this, they argue, will reduce confidence in the democratic process at a time when our institutions are already under pressure, thanks to allegations of foreign interference in the 2016 election and the mind-boggling, hanging-chad theatrics of the 2000 Bush v. Gore Florida recount.

But proponents counter that the system reduces the need for arduous runoff elections, and that it is particularly well-suited for municipal elections in which a diverse, multi-candidate field—often from within a single political party—results in a narrow win for a candidate with a strong base of support in, say, a particular neighborhood, but sometimes little appeal beyond that base.

In this scenario, ranked-choice supporters assert, there’s a warp on both sides of the election: voters are often encouraged to abandon longer-shot candidates who they think will get too few votes in a split field. Meanwhile, candidates are thought to have greater incentives to go negative to depress a rival’s vote total, rather than running a positive campaign in an effort to be that rival’s voters’ second pick.

“First across the post” races also create weird, specific tensions with third-party options. On the one hand, a third-party candidate who has a passionate following nevertheless has a hard time breaking through because some group of voters will opt for a less dynamic but more “electable” candidate—the lesser-of-two-evils approach to democracy that can feel so demoralizing. On the other hand, a third-party campaign can be used as a spoiler in a tight race, taking just enough votes away from a candidate whose views are broadly preferred by a slim majority of the electorate.

In the close Kentucky governor’s race, for example, a third-party Libertarian Party candidate won 28,000 votes, about 23,000 votes more than the apparent, 5,000-vote margin of victory of Democrat Andy Beshear over Republican Matt Bevin. It’s impossible to know which alternative those Libertarian voters would have picked as a second choice, but it is well within the realm of possibility that they would have given Bevin the slim margin he needed to win a second term. (For its part, the Kentucky Libertarian Party issued a nihilistic statement that said, “We are always happy to split the vote in a way that causes delicious tears.”)

Maine is also a laboratory for ranked-choice voting, having implemented it by voter initiative in 2016 for federal elections. Last year, the state’s hotly-contested second congressional district provided a test case in ranked-choice voting outcomes. The incumbent Republican congressman, Bruce Poliquin, faced a Democratic challenger, Jared Golden, plus two additional candidates. On election night, Poliquin had the most first-place votes by a margin of 2,000. However, he did not win a majority of the total vote. When the second- and third-place votes were counted, it was actually Golden who earned a majority, and the Democrat was declared the winner.

Following his election loss, Poliquin filed a lawsuit to challenge the constitutionality of ranked-choice voting, calling the system “exotic,” “costly,” and “confusing”—and asking the courts to order a do-over race. A federal judge who had been appointed to the bench by President Trump flatly rejected Poliquin’s argument and call for a new election.

“[T]here is no dispute that the RCV Act (ranked-choice voting act)—itself the product of a citizens’ initiative involving a great deal of First Amendment expression—was motivated by a desire to enable third-party and non-party candidates to participate in the political process, and to enable their supporters to express support, without producing the spoiler effect,” the judge wrote. “In this way, the RCV Act actually encourages First Amendment expression, without discriminating against any voter based on viewpoint, faction or other invalid criteria.”

Golden is now midway through his first term in office. On some level, it is difficult (and amusing) to imagine an aspiring politician in the Bronx or Queens studying the electoral success of a young congressman from Bangor, Maine. And yet after last night’s victory for ranked-choice voting in New York City, the race he ran might well become something of a case study for other candidates in New York, and around the country.

—Paul Ryan’s new foundation makes poverty experts and Medicare advocates nervous
—Wall Street’s scorn for Elizabeth Warren boils over
—Trump’s national parks changes could, ironically, help Jeff Bezos
—Sherrod Brown has some advice for 2020 candidates hoping to win in Ohio
—Prisoners are fighting wildfires on the front lines, but getting little in return
Get up to speed on your morning commute with Fortune’s CEO Daily newsletter.