$1.7 Million Mansion That Belonged to Famous Televangelist Robert Schuller Is up for Sale 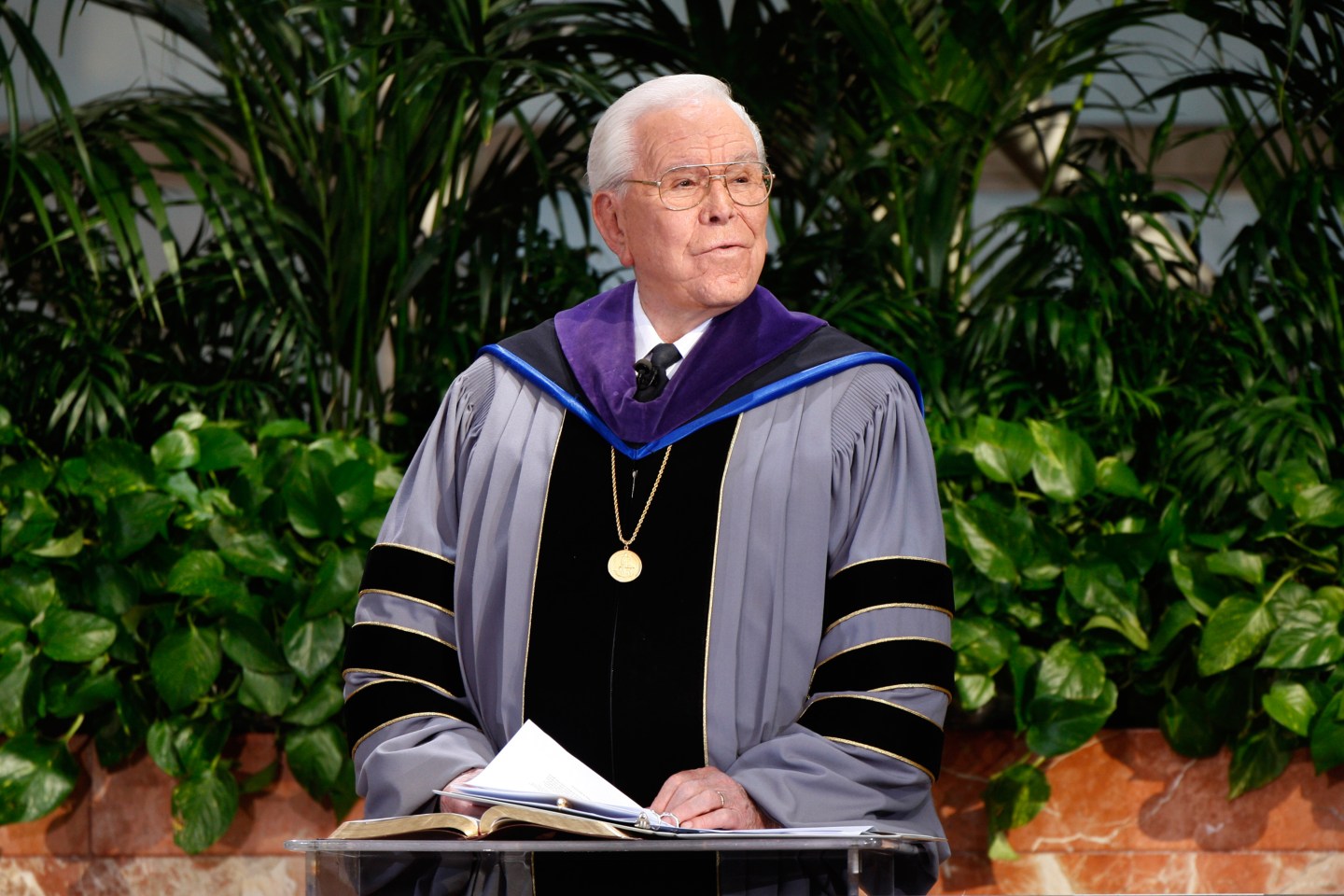 Robert H. Schuller reads scripture during Sunday services at the Crystal Cathedral in Garden Grove. The Crystal Cathedral is having money problems and is attempting to reinvent the church. They are planning on selling Rancho Capistrano to help relieve them of debt. They are also pulling the Hour of Power from some networks. (Photo by Allen J. Schaben/Los Angeles Times via Getty Images)
Allen J. Schaben—Los Angeles Times via Getty Images

Rev. Robert H. Schuller might have been best known as the televangelist who built the Crystal Cathedral, but he was also a keen real estate investor.

Schuller’s longtime home has been listed for sale in Orange County, with a price tag of $1.749 million. It’s one of just 12 luxury homes in its gated community and features a custom library based on the design of St. Edmund Hall at England’s University of Oxford.

Schuller died in 2015 at the age of 88. In his life, he became one of, if not the, most popular televangelists of all time with his weekly “Hour of Power”. He started his ministry in 1955 at a drive-in movie theater.

By 2012, though, he had cut ties with the Crystal Cathedral, as it spiraled toward financial ruin due to over-expansion and dwindling membership. It filed for bankruptcy in 2010 and was sold to the Roman Catholic Diocese of Orange for $57.5 million to pay off its debts.

The house, listed by Alice Schroeder of Berkshire Hathaway HomeServices California Properties, was built three years before Schuller started his ministry and was later expanded. It stands at 4,837 square feet today with many custom features including the library and a modernized kitchen.

—Cannabis dos and don’ts from an etiquette expert
—How neuroscientists are capturing the aromas of Montreal
—What happens to the clothes you forget to pick up from the dry cleaner?
—Do fashion collaborations actually make restaurants money?
—Smart kitchens need smarter ideas to solve real problems
Follow Fortune on Flipboard to stay up-to-date on the latest news and analysis.