The Nationals Won Their First World Series and the Baseball That Clinched It May Be Worth $500,000 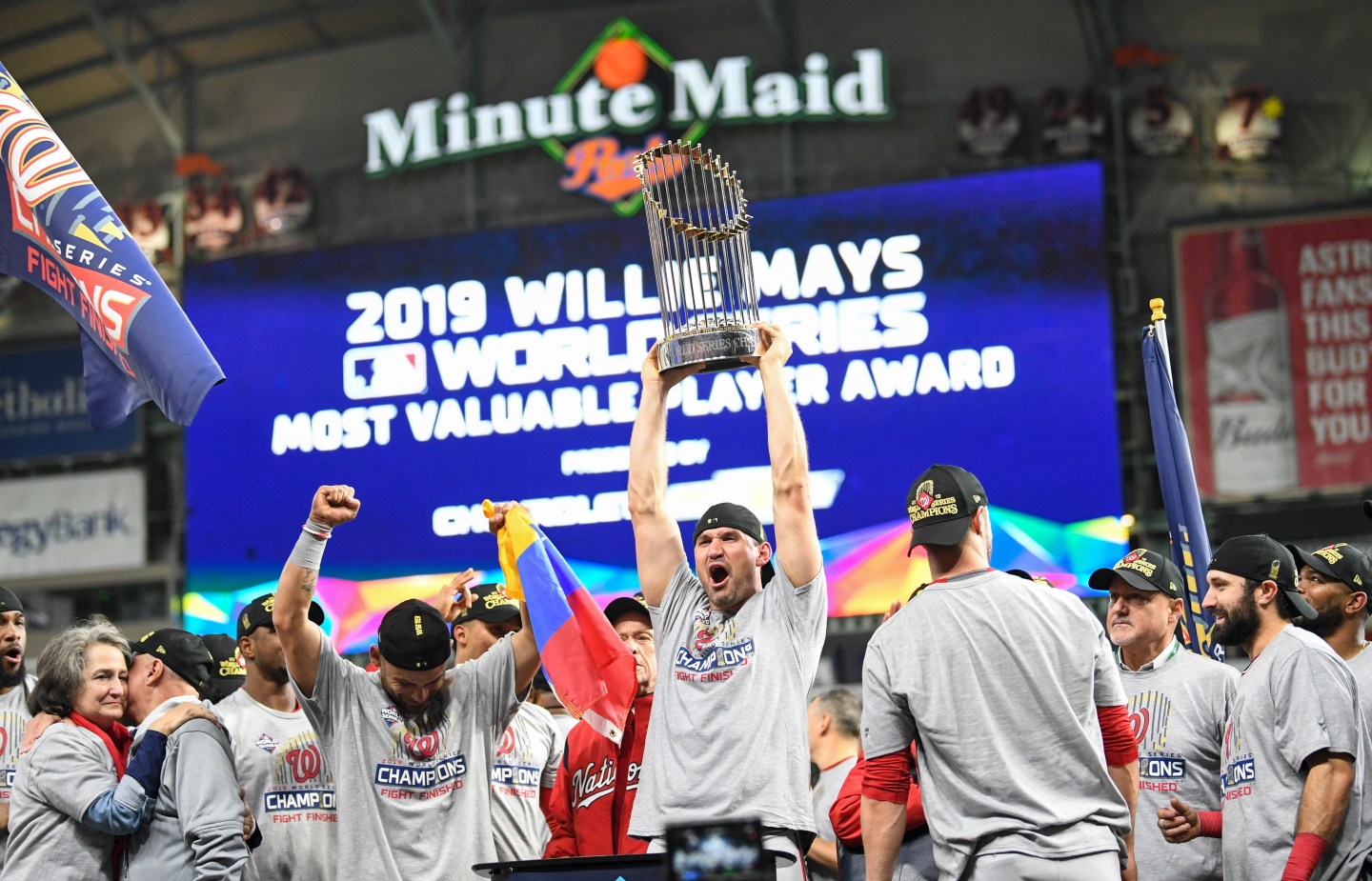 Washington Nationals catcher Yan Gomes darted toward the pitcher’s mound and stuffed the baseball used to record the final out of the World Series into his back pocket.

Gomes probably didn’t realize that he was carrying a keepsake worth half-a-million dollars, making it the most valuable piece of memorabilia from the series-deciding game, a 6-2 win over the Houston Astros.

The baseball used for the strikeout—the final out of the Nationals’ Game 7 victory—the franchise’s first World Series title—is likely worth $500,000, said Ken Goldin, founder of Goldin Auctions in New Jersey. That’s double what Goldin said the baseball that was used to record the Astros’ final out of their first title in 2017 was worth.

“Washington has a long history of baseball and a very active fan base,” Goldin said via email after the series-deciding game, noting that it’s Washington’s first World Series title since the Senators won it all in 1924.

More broadly, Goldin said the biggest winner in terms of memorabilia potential is Nationals 21-year-old outfielder Juan Soto, who batted a team-best .333 with three home runs and seven runs batted in during the World Series.

“He is young, a hit trading card and will be a hot autograph,” Goldin said.

The Nationals relocated from Montreal, where the team played as the Expos. Major League Baseball said in 2004 that the franchise would be moving to the U.S. capital.

—China’s emotional past with the NBA sheds light on the Hong Kong crisis today
—Why you can’t (easily) stream the MLB playoffs without cable—Two top college basketball coaches differ on “Fair Pay for Play”
—Can this taco truck roving the slopes help stave off skiing’s decline?
—Will paying student athletes save college sports—or kill the NCAA?
Follow Fortune on Flipboard to stay up-to-date on the latest news and analysis.