Why corporate America is moving out of the Bay Area 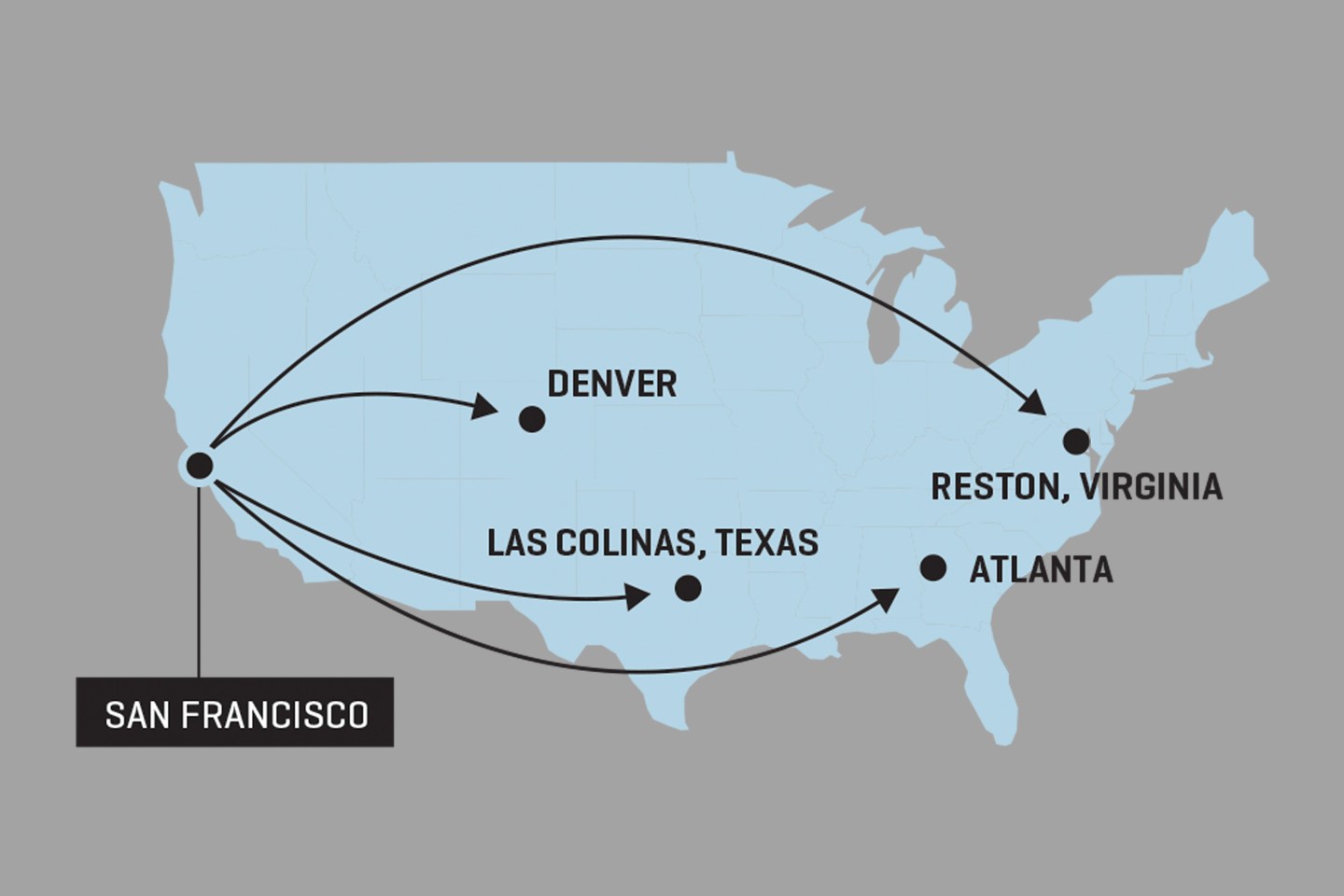 Two U.S. companies announce a new headquarters. One sets off a countrywide bidding war, paired with protests. The other is welcomed with open arms, congratulated and celebrated.

The first company, Amazon, botched its “HQ2” move to Long Island City earlier this year. The second is Walker & Co.—a beauty company for people of color—which moved from the Bay Area to Atlanta, following an acquisition by Procter & Gamble. Founder Tristan Walker cited a desire to be closer to his customers as the main reason for the move to the South.

And he’s not alone. In 2018, engineering and construction firm Bechtel relocated from San Francisco to Reston, Va. Earlier this year, drug distribution giant McKesson moved its headquarters from San Francisco to Las Colinas, Texas. And outdoor clothing company the North Face is packing up its gear and moving from the Bay Area to Denver by 2020, after Colorado presented the company with $27 million in tax incentives to move.

With the Bay Area’s high cost of living and operating unlikely to subside anytime soon, we can expect plenty more hackneyed “Why I Left San Francisco” Medium posts to come.

A version of this article appears in the November 2019 issue of Fortune with the headline “Out of the Bay, Not Looking Back.”

—These 50 companies have the strongest long-term growth potential this year
—Spotify saved the music industry. Now what?
—Trump’s tariffs were supposed to ding China, but the U.S. economy is getting hit 2.5x harder
—Inside James Dyson’s costly decision to kill his electric car
—Mexico’s most enticing getaway: San Miguel de Allende
Subscribe to Fortune’s Eye on A.I. newsletter, where artificial intelligence meets industry.