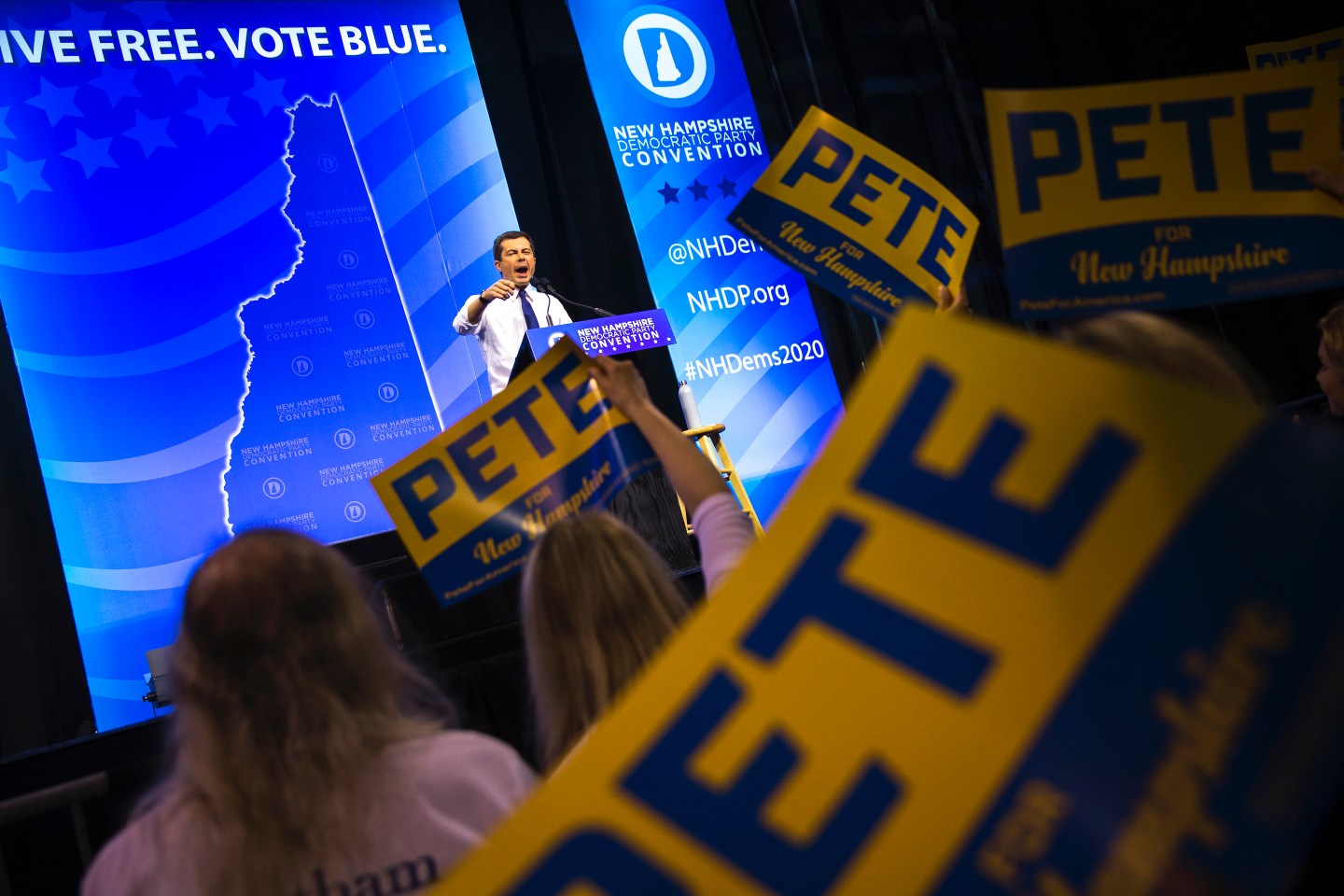 Democratic presidential candidate Pete Buttigieg said Thursday that Facebook’s policy to not filter out phony political ads is “a mistake” and breaking up big tech companies should be “on the table.”

The social media giant has “a responsibility to pull false advertising and…to intervene when there is advertising that would contribute to voter suppression,” Butttigieg told reporters after hosting an economic policy event in New Hampshire. (On Monday, Facebook said it is extending a policy created for the 2018 midterm elections banning voter-suppression content.)

The mayor of South Bend, Ind., has come under criticism from 2020 rival Massachusetts Sen. Elizabeth Warren, who charges Buttigieg is too cozy with Facebook. Buttigieg’s aides confirmed this week his campaign hired two digital analytics staff recommended by Facebook founder and CEO Mark Zuckerberg and his wife, Priscilla Chan.

Zuckerberg has defended Facebook’s refusal to take down content it considers newsworthy “even if it goes against our standards,” in an effort to steer clear of criticism that Facebook was infringing on First Amendment rights to free speech. In response to a question last week on fact-checking during his appearance at Georgetown University, Zuckerberg said, “We think people should be able to see for themselves.”

Buttigieg, at 37, is the first candidate of the Facebook generation, and was an early adopter of the social media platform. But, he said Thursday, federal regulators, with the power to protect consumers and address “anti-competitive practices,” should consider remedies that include a breakup. (Attorneys general from 45 states, the District of Columbia, and Guam, are already scrutinizing Facebook’s business practices for potential antitrust violations of stifling competition or putting users at risk.)

“Yes, I believe that breakup of big companies is a remedy that should be on the table,” he said. “Now, I don’t think that that should be declared in advance by a politician.”

Warren told reporters in Iowa on Monday that Facebook and its affiliates “already have way too much influence in Washington.”

—Riot: The GOP’s latest anti-impeachment inquiry strategy
—How Mitch McConnell could use impeachment to scramble the Democratic Primary
—Pence ridicules Nike and the NBA in support of Hong Kong protesters
—Five states have already canceled GOP primaries. Here’s what you should know
—How Gordon Sondland, ‘a guided missile for getting access,’ landed in the middle of Trump’s Ukrainian mess
Get up to speed on your morning commute with Fortune’s CEO Daily newsletter.