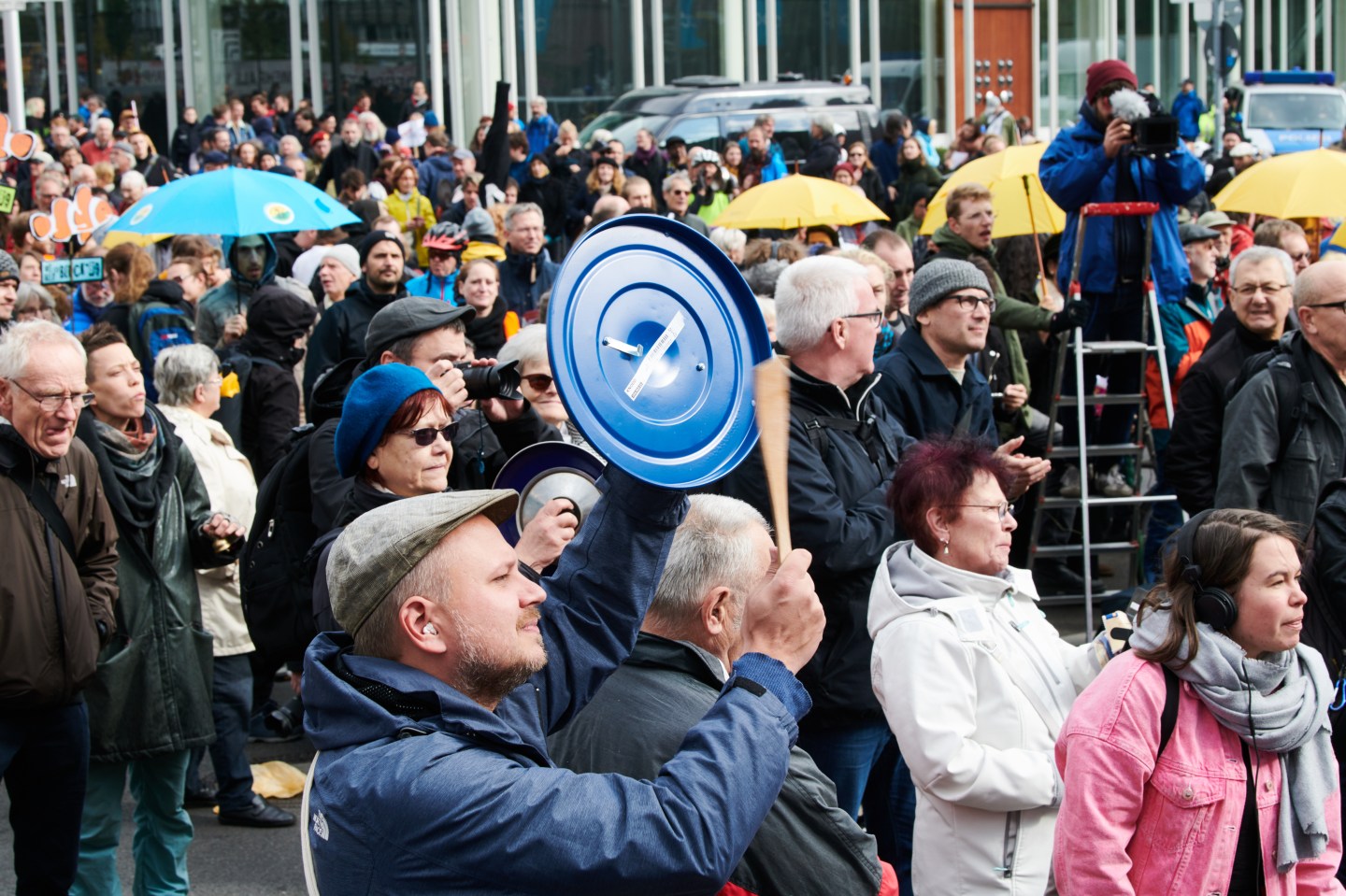 Berlin’s governing parties struck a deal to freeze rents in the German capital for five years, marking one of the most radical plans to tackle spiraling housing costs in a major city.

The German capital’s aggressive efforts to clamp down on rent increases have sparked interest in cities from Amsterdam to New York. While renters’ groups in Munich are pushing for a six-year freeze, other German cities have yet to follow Berlin’s lead amid concerns that the action could complicate the development of new homes.

The deal between Berlin’s Social Democrats, Greens and the Left party paves the way for the city’s legislature to approve the measures this week before bringing them into force in the first quarter of 2020. The final agreement was hashed out over a two-day marathon late last week after months of talks.

The initiative put forward by the Left party’s Katrin Lompscher, head of urban development and housing in the city’s Senate, is intended to ease the burden on tenants after a property boom caused rents to double over the past decade. The political intervention has spooked investors as a separate campaign attempts to force Berlin’s government to expropriate properties from large landlords.

One of the biggest losers has been Deutsche Wohnen SE, Berlin’s largest apartment owner. The company has lost about a fifth of its market value since the rent-freeze plan was announced in June. The shares dropped as much as 4.6% on Monday and were down 2.1% at 9:44 a.m. Vonovia SE, Germany’s largest property company, fell as much as 1.6%.

Berlin isn’t alone in contending with skyrocketing rental prices and a shortage of affordable housing. Spain’s Socialist government pushed through a cap on rent increases earlier this year, and New Yorkers won historic rental protections from the Democrat-controlled state legislature.

Germany’s largest city will allow landlords to impose an annual inflation-related rent increase of 1.3% from 2022 and will enable tenants paying excessively high rents to claim a reduction under certain conditions. The legislation, expected to be approved by the Senate on Tuesday, also permits small increases to cover renovation work.

The negotiations proceeded amid concern some of the proposals might not be constitutional. Mueller said he’s confident the measures could withstand legal challenges.

Other German cities recoiled at the development. Hamburg’s mayor, Peter Tschentscher, said the only way to avoid further rent increases is to build enough properties to keep pace with demand. Enforced sales and rent freezes will only deter investors from investing in new homes, he said to the Sunday edition of the Frankfurter Allgemeine Zeitung.