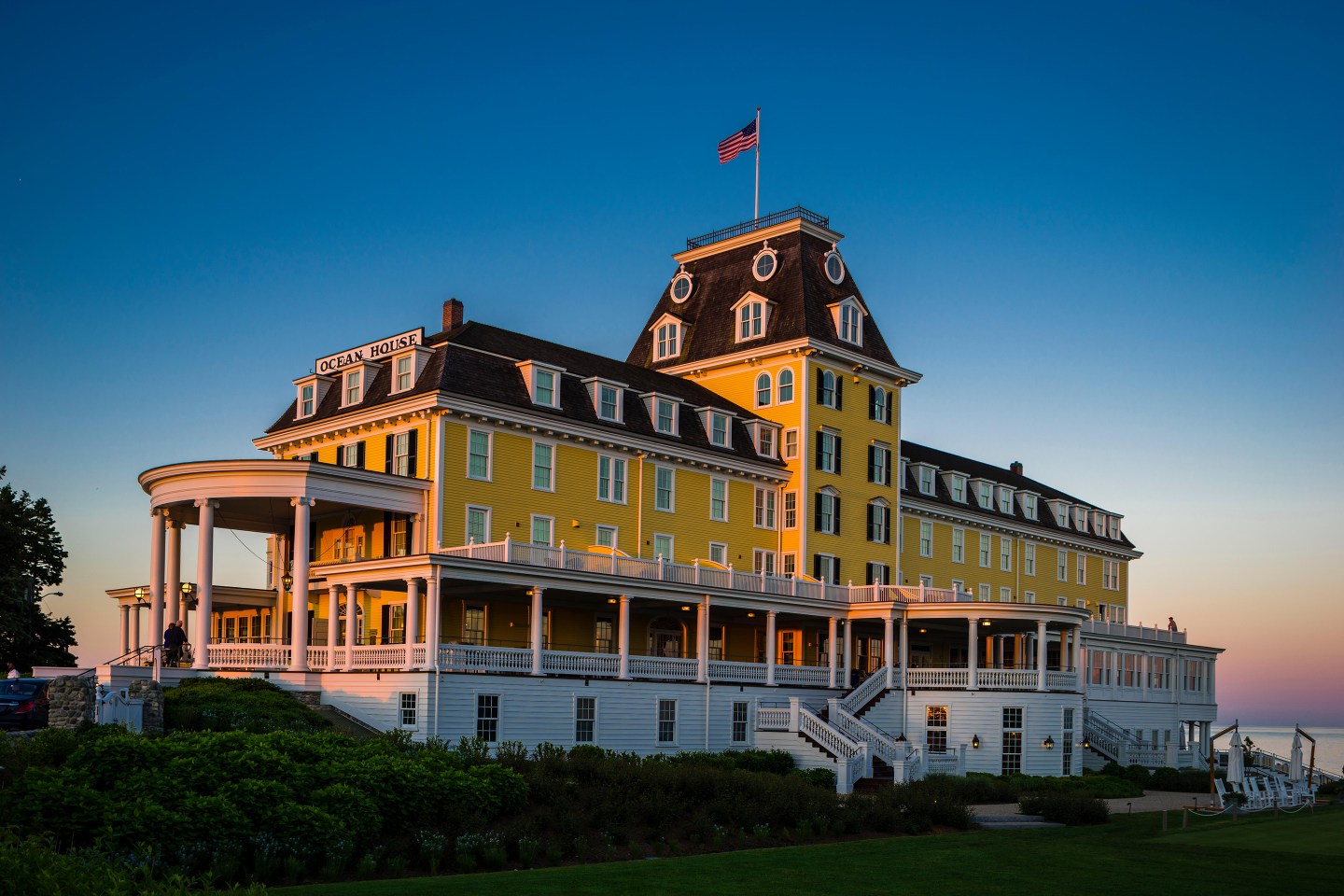 To make it to 80 in the investing world, you have to have a few things going for you.

Intellectually curious. Confident in your own calls, no matter what others may be thinking or doing. And possess an iron stomach, for when the rollercoaster of the stock market is making everyone else nauseous.

Chuck Royce has all of those traits, as the small-cap guru and founder of Royce & Associates. But to really understand the famed fund manager, who just turned 80, you might look away from his Manhattan offices—and instead glance towards a particularly scenic bluff in Westerly, Rhode Island.

That’s the location of Ocean House, an iconic inn built in the Watch Hill district all the way back in 1868. And the fact it still stands there today gives a helpful roadmap into the mind of Chuck Royce.

It almost didn’t happen, though.

“This wonderful setting had been in place for 150 years, but it was in a very distressed moment,” recalls Royce, who bought the property in 2005 after it had finally closed down in 2003. “Several other people had tried to redo it, and been unsuccessful. It was about to be sold to a developer, who wanted to put in a number of McMansions.

“I live in Greenwich (Connecticut), the home of McMansions, and the world definitely does not need more of them. So I asked the developer how much it would take for him to go away, he named a price, and I said: ‘OK’.”

Just like that, Royce found himself in charge of a beloved, but troubled, swath of real estate. One problem, and it was a big one: “I knew absolutely nothing about running a hotel,” he laughs.

This one presented some unique problems, like not being up to modern fire codes. So after he and partners bought the property for $11.5 million, he razed it, and did a ground-up replication of the original structure. He also kept as many original details as he could, from the front doors to the vintage elevator cars, from the fireplace stones to the classic wicker furniture.

That wasn’t just a casual side project to tinker with: It was a massive undertaking that cost about $147 million, and held the future of the town in its hands. And much of the renovation took place during 2008-9, when wealth was evaporating and investors everywhere were losing their minds. “The financial crisis happened right in the middle of it: That got my attention,” he deadpans.

Eventually the markets settled down, the hotel reopened in 2010, and Royce emerged on the other side unscathed. But the whole project illuminates how Royce thinks of investing, and helps explain how he has lasted so long in the business.

To wit: He saw something of value, which wasn’t being properly recognized by others. He was willing to devote resources, at a time when others weren’t. He stayed with the investment, rather than flipping it and seeking gains elsewhere. And he did it with a sense of history.

“In many ways Ocean House reflects Chuck,” says Francis Gannon, co-Chief Investment Officer for Royce & Associates and the firm’s managing director. “He is very detail-oriented, and you can see how he thought about little things from the standpoint of architecture and history—all the way down to individual hutches.”

The accidental hotelier has never strayed from his first love of stockpicking, though. He did step down more than five years ago as CEO of Royce & Associates, which is now part of the Legg Mason fund family. But he continues to steer fund portfolios, such as Royce Premier (RYPRX), which is up 20% year-to-date.

The theme that seems to run through all his picks, just like his rescue of Ocean House: Value. Even Royce’s famous bowtie is essentially a value proposition: With a standard tie, it’s easy to spill to coffee on and wreck the fabric, he says.

Bowties may not be ultramodern – but they are classic, dependable, and help him avert trouble. And, like a bowtie, Royce doesn’t plan on going away anytime soon.

“I suppose I could leave tomorrow and sit around the pool and play bridge, but I have chosen to be involved,” says Royce, who celebrated his 80th with a family boat ride to Long Island.

Or, as Gannon puts it: “Only the ultimate end is going to stop Chuck.”

—What’s behind the great CEO exodus of 2019?
—What’s the difference between a recession and a depression? Here’s what history tells us
—Charles Schwab on the lessons he’s learned over a lifetime of investing
—The 5 most valuable unicorns, according to their latest funding rounds
—Wells Fargo’s new CEO spent 25 years learning from Jamie Dimon—now he’s taking him on
Don’t miss the daily Term Sheet, Fortune’s newsletter on deals and dealmakers.