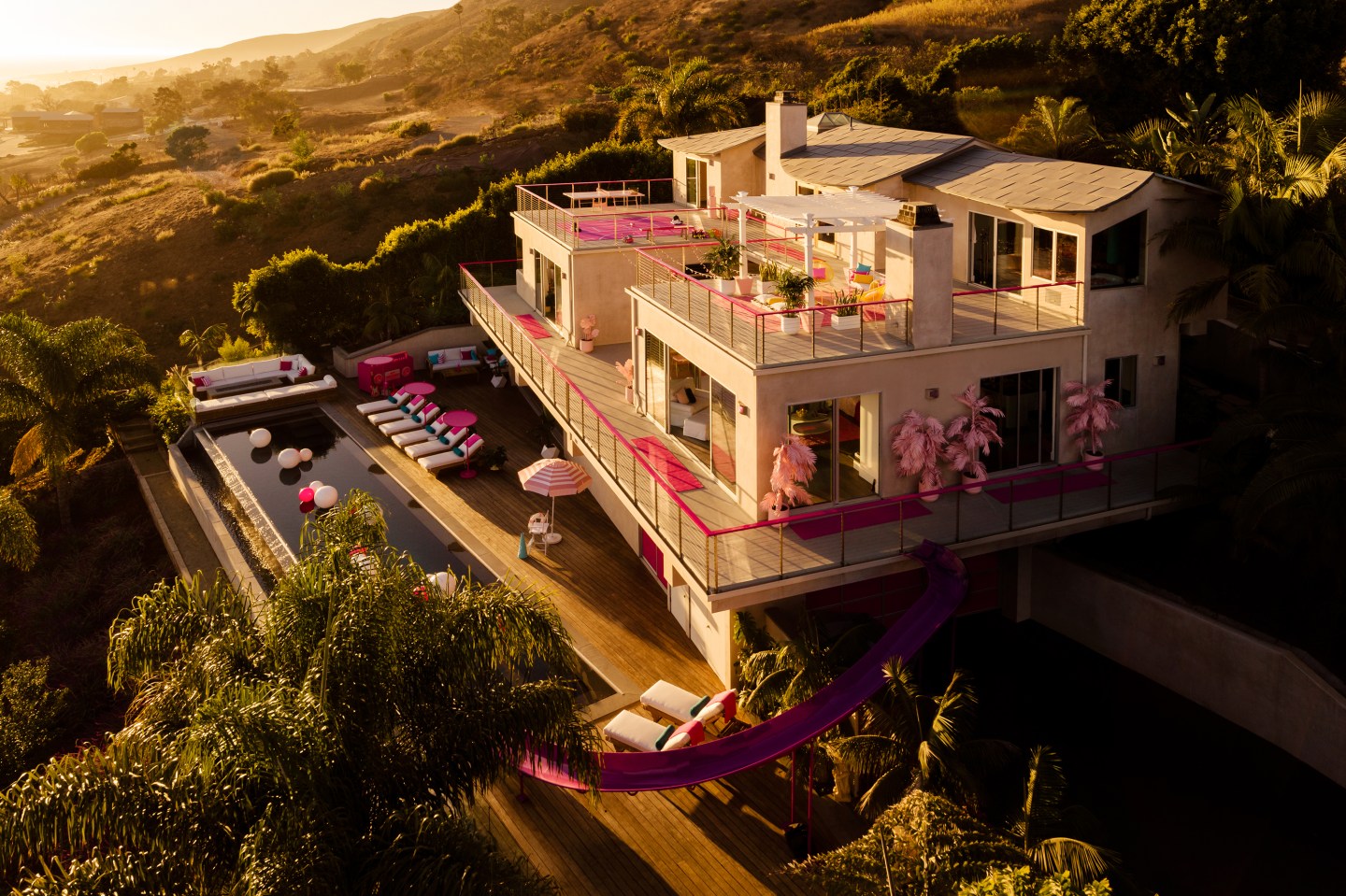 Barbie’s dreamhouse is no longer just a toy set. No, not in the year 2019. Now, it’s available to rent on Airbnb.

Billed by the online rental giant as a “once in a lifetime opportunity,” the location has been drenched in bubblegum pink and looks like a Pinterest board sprung to life—all in honor of Barbie’s 60th anniversary. Barbie was first launched by Mattel in 1959, created by American inventor Ruth Handler—named for Handler’s daughter, Barbara. More than 200 iterations of Barbie have been rolled out since, and the first Dreamhouse appeared on toy store shelves in 1962. Or as Mattel describes it today: Barbie “bought” her first Dreamhouse that year—serving as a role model and symbol of independence to young women before women were even allowed to have their own bank accounts.

Imagination, life is your creation.
Airbnb

The life-size, brick-and-mortar Dreamhouse is located in the heart of Malibu, Calif., overlooking the Pacific Ocean. The house sleeps four, with two bedrooms and two baths. Among the dozens of amenities are some of the basics (i.e. Wi-Fi, Cable TV, AC, free parking—how could you not show up in a hot pink convertible?) and some fun extras like a fully-stocked kitchen, pool, hot tub, and patio. (Airbnb has gone all out with the listing, even citing “Barbie” as the verified host.)

Dress me up.
Airbnb

Then there is also the special Barbie Dreamhouse Airbnb experience, which includes a meet-and-greet with hairstylist Jen Atkin (along with hair makeovers from hairstylists from Mane Addicts Creator Collective); a one-on-one fencing lesson with Olympic fencing medalist Ibtihaj Muhammad (who even has her own Barbie Shero doll); a cooking lesson with Gina Clarke-Helm of Malibu Seaside Chef; and a behind-the-scenes tour of Columbia Memorial Space Center with pilot and aerospace engineer Jill Meyers.

Based on the decadent photos, it looks like a lovely place. But turns out you can’t check in or out any time you like.

The Malibu Dreamhouse will be available to book via Airbnb starting on Wednesday, October 23 at 11a.m. PDT by one guest and up to three friends for a two-night stay.  The one-time stay will take place Sunday, October 27 to Tuesday, October 29. And yes, the rate is really only $60 per night—a number, once again, in honor of Barbie’s anniversary.

—Cannabis dos and don’ts from an etiquette expert
—Tips and treats for stress-free travel with pets
—What happens to the clothes you forget to pick up from the dry cleaner?
—Do fashion collaborations actually make restaurants money?
Follow Fortune on Flipboard to stay up-to-date on the latest news and analysis.