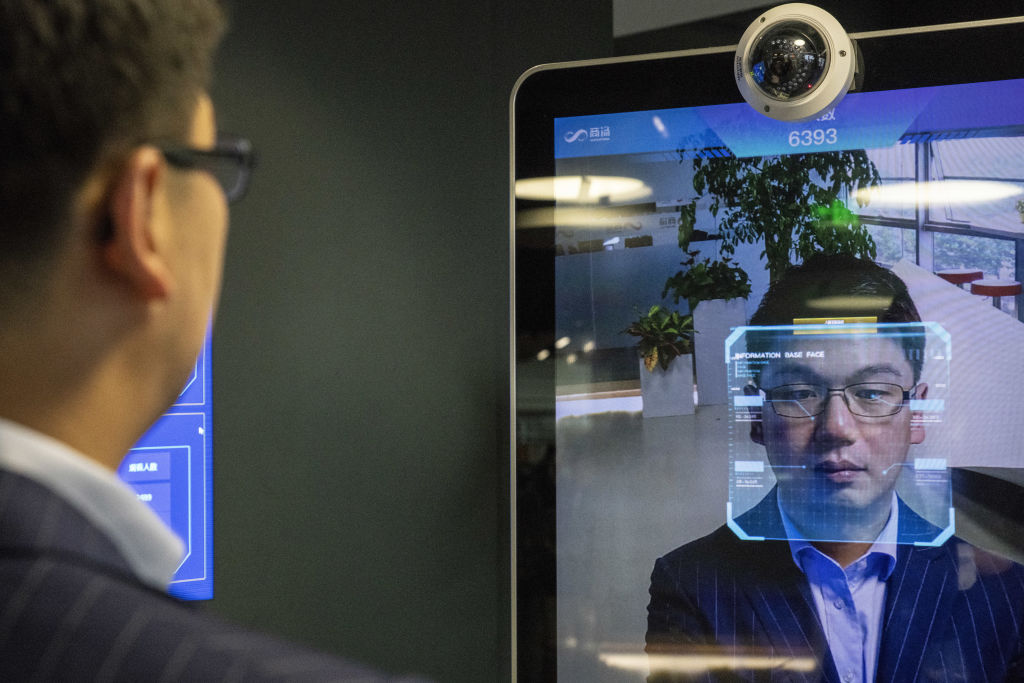 Xu Li, chief executive officer of SenseTime Group Ltd., is identified by the company's facial recognition system on a screen as he poses for a photograph at SenseTime's showroom in Beijing, China, on Friday, June 15, 2018. SenseTime's image-identifying algorithms have made it the world's most valuable AI startup and an early leader in China, where it's won contracts with the country's top phonemakers, largest telecommunications company, and biggest retailer. Photographer: Gilles Sabrie/Bloomberg via Getty Images
Gilles Sabrie—Bloomberg via Getty Images

The U.S. on Monday added 28 Chinese companies and agencies to its Entity List, essentially a blacklist, accusing them of participating in a Chinese government campaign against Uighurs and other ethnic minorities in Xinjiang province. The move, sure to heighten tensions between the U.S. and China, comes ahead of planned trade talks.

“[T]hese entities have all been implicated in the implementation of China’s campaign of repression, mass arbitrary detention, and high-technology surveillance,” the U.S. Department of Commerce statement says.

Entities on the list cannot purchase technology from U.S. companies, and U.S. firms are barred from trade with companies on the list unless they obtain an exemption from the U.S. government. Chinese telecommunications giant Huawei has been on the Entity List since May.

SenseTime is valued at $7.5 billion, making it the world’s most valuable A.I. company. Megvii is worth $4 billion based on its latest round of private funding, and Yitu is valued at $2.4 billion.

The Commerce Department’s move to restrict Chinese A.I. firms’ access to U.S. tech comes at a period of increased American anxiety about China’s advances in tech like 5G networking and artificial intelligence. A study from earlier this year claimed that China is on track to overtake the U.S. in its output of influential A.I. research papers, and since 2017 the Beijing has said it aims to make China the world leader in A.I. by 2030.

A representative for Megvii said in an emailed statement that there are “no grounds” for the A.I. startup’s inclusion on the list and that Megvii derived around 1% of its total revenue from projects in Xinjiang in 2018, and no revenue in the first six months of the year ended June 30.

“We believe our inclusion on the list reflects a misunderstanding of our company and our technology, and we will be engaging with the U.S. government on this basis,” the statement says.

Megvii filed for an initial public offering on the Hong Kong Stock Exchange in late August, and is expected to go public at the end of November. The company said there are no changes to its plans for now.

SenseTime and Yitu both released statements in Chinese on their official WeChat accounts protesting the U.S. government decision to add them to the Entity List.

The Entity List additions were announced days before high-level trade talks between the U.S. and China are scheduled to take place. The Department of Commerce said the list announcement was unrelated to the talks.

—10,000 jobs on the line as HSBC mulls its future in Europe
—Hong Kong’s mask ban pits anonymity against the surveillance state
—The world’s biggest turbines and no subsidies: how offshore wind is entering a new era
—The global phenomenon of “American Sriracha”
—Plant-based meats have huge potential in China, but Beijing wants a homegrown champion
Catch up with Data Sheet, Fortune’s daily digest on the business of tech.