‘American Sriracha’: How a Thai Sauce That Migrated to the U.S. Became a Global Phenomenon 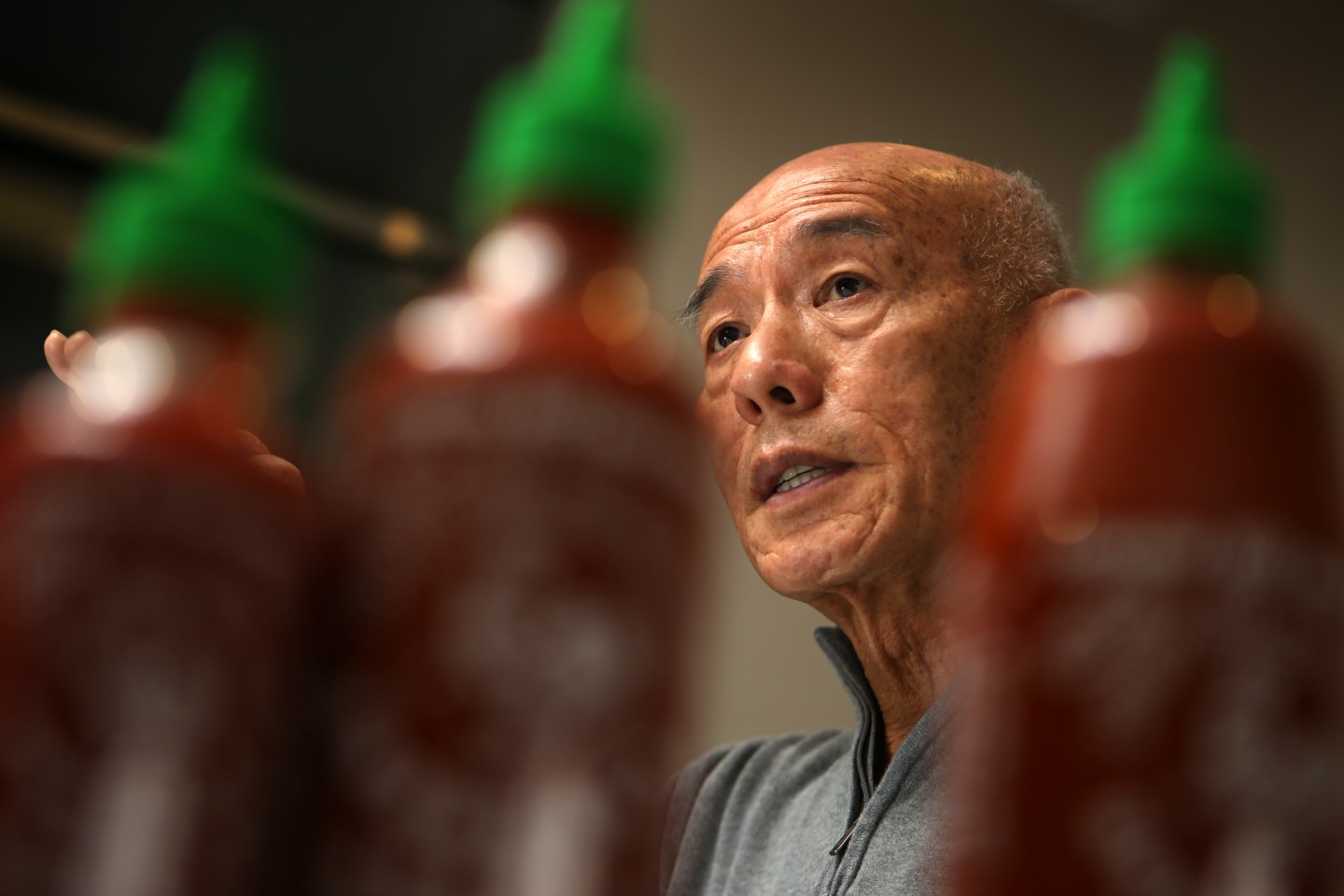 In Los Angeles in 1980, just after he arrived in the U.S. as a refugee from Vietnam, David Tran began selling bottles of a Thai chili sauce, made from jalapeño peppers and garlic powder, out of the back of his blue Chevy van.

Tran, who is now in his seventies, named his company Huy Fong Foods after the Taiwanese ship that brought him to the U.S. in 1979, but the company name is less well known than that of Tran’s original chili sauce, by far his bestselling product: Sriracha.

Today, Tran is taking his sauce to Asia, a rare instance of a product being reintroduced to its place of origin after being reinvented abroad. And while some in the place it came from—the seaside town of Si Racha, Thailand—dismiss Huy Fong’s sauce as “American Sriracha,” Tran may have the last laugh. His distributor in the Philippines reports that sales have jumped by a factor of 10 in the last five years, and the sauce is now available from China to India to Vietnam—and even in Thailand.

In the U.S., Sriracha became hugely popular after the 2008 recession, when food trucks proliferated and “people were getting excited about being smart and knowledgeable about global foods,” says Kara Nielsen, vice president of trends and marketing for global food trend researcher CCD Innovation.

“For people who weren’t Asian and didn’t know this brand, it was sort of a badge of honor that you knew what this was and that you were someone who ate this interesting, exotic food.” Nielsen says. She adds that most Americans don’t realize the beloved sauce is a domestic brand; its perceived exoticism is part of its draw.

Nielsen says most Americans familiar with Huy Fong’s Sriracha recognize it as “some sort of generic Asian sauce” and may not know that it is Thai in origin. Tran’s version is his own blend of Thai and Vietnamese influences and local Californian ingredients.

Today, Nielsen says Huy Fong’s Sriracha is “totally mainstream” in the U.S., where last year it made $80 million in revenue. The U.S. hot sauce market was valued at $700 million in 2018.

But while the U.S. market is big, Sriracha sauce’s original home is a bigger prize for Tran.

The region’s high demand and extreme regional diversity in chili sauces means “immense opportunities” for brands, Fazira says, but homegrown supply—many APAC countries have a “local favorite” chili sauce with a more than 40% market share—means there is also ample competition.

As Huy Fong focuses on international expansion, Nielsen says it can succeed by both advertising itself as “the most popular sriracha in America” and adapting to local markets by tweaking product features like bottle size or spice level.

Huy Fong’s distributor in the Philippines is already using both tactics to some success.

J.D. Reyes, president of JDR Sales & Marketing Group, the exclusive exporter of Huy Fong products to the Philippines, emphasizes the sauce’s American identity in a country that is already the U.S.’s largest market in Southeast Asia—and home to numerous Western fast food franchises.

“I knew it was going to click because especially in the Philippines […] if it’s U.S., people will buy it,” says Reyes.

When Reyes started exporting Sriracha there five years ago, he sold just one shipping container’s worth—24,000 bottles. This year, he anticipates ten containers to meet demand—about $500,000 worth—and says there is room for growth.

Now, Reyes is adapting the sauce to other parts of the market. He recently invested in Halal certifications for his Sriracha bottles so he can expand into the predominantly Muslim southern region of the Philippines and potentially other Southeast Asian nations.

Today, Huy Fong has direct distributors in countries across Europe, the Middle East, and Asia, including Asia’s two largest economies, India and China. Huy Fong’s Sriracha is also available in Vietnam and Thailand.

“For a U.S. company to bring an Asian sauce back to Asia and succeed at the same level as [Huy Fong] requires a unique business formula,” Euromonitor’s Fariza says. Fariza credits Huy Fong’s success to its U.S. production, which signals reliability and quality, and the fact that “taste is not compromised because the founder and brand image is well known to be Asian.”

In Thailand, where the famous sauce was born, Huy Fong makes both aspects clear. A promotional image for the Thai market features a picture of the brand’s signature bottle, labeled in Chinese and Vietnamese. Next to it, the advertisement features the stamp of an American flag, captioned “Original,” “Made in U.S.A.”

—This 20-year-old chef is serving a $200 tasting menu in New York City
—Exploring America’s obscure tableside presentation traditions
—Shake Shack’s culinary director is dreaming up new menu items around the world
—Philadelphia’s Pizzeria Beddia wants to be more than just the “best pizza in America”—Listen to our new audio briefing, Fortune 500 Daily
Follow Fortune on Flipboard to stay up-to-date on the latest news and analysis