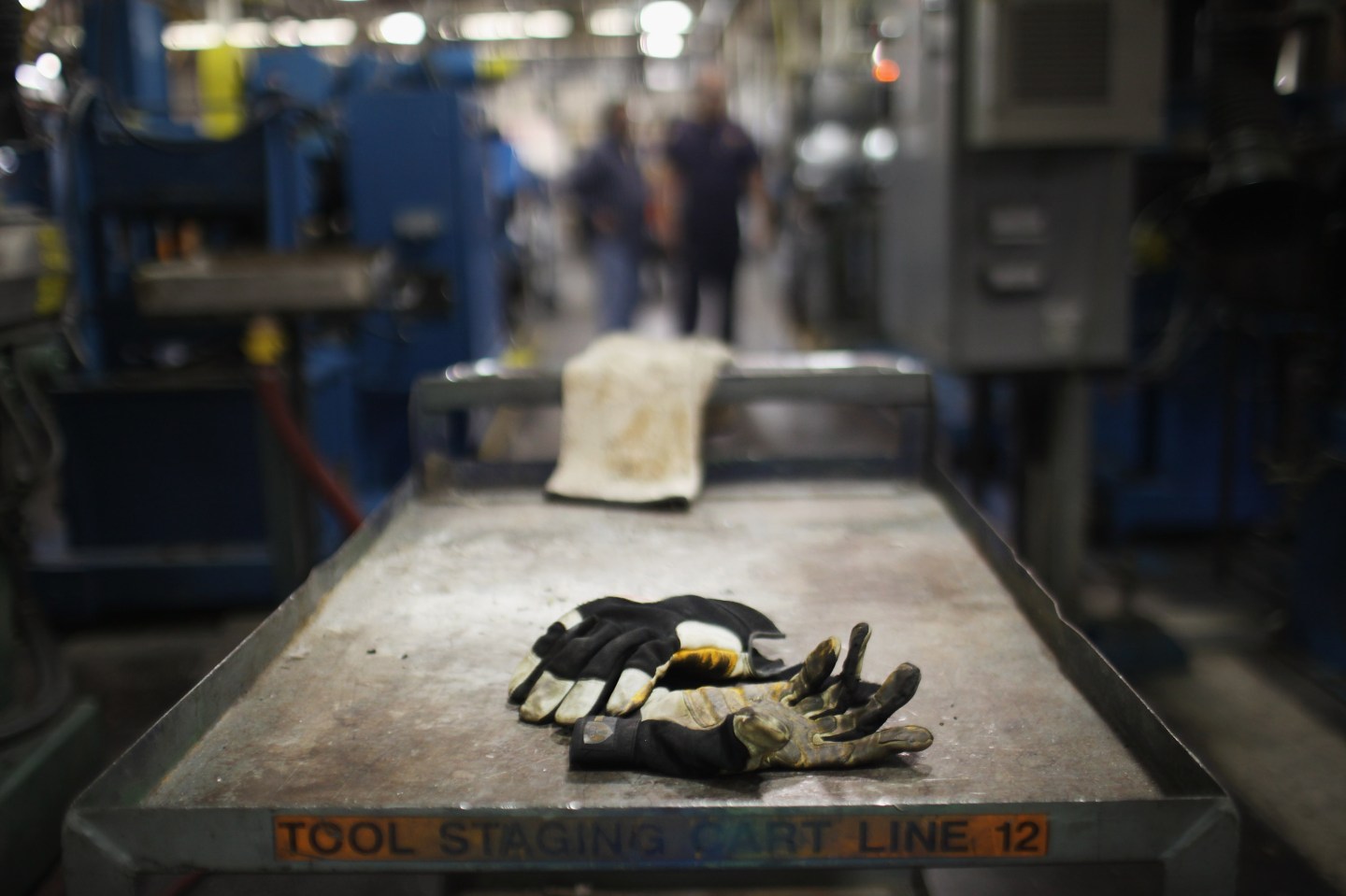 American manufacturing contracted for the second consecutive month in September—doing little to ease fears of a looming downturn.

The Institute for Supply Management’s Purchasing Managers Index (PMI) came in at 47.8% in September, its lowest figure since the summer of 2009, and down from 49.1% in August. A PMI below 50% signals a contracting manufacturing sector.

“This looks like an upset event. And that upset event is the trade war,” says Tim Fiore, the chair of ISM’s Manufacturing PMI Business Survey Committee. The cost of tariffs and logistical challenges of the trade war are starting to take their toll on production, he says.

Of the five metrics that make up the PMI four are contracting, including new orders and production. But the lowest reading came in the manufacturing employment component, which saw its index fall to 46.3% in September.

“We’re moving in the wrong direction. Everyone was just talking about finding and hiring the best people, all this talk of force reduction is new,” Fiore says.

Long before an economy slips into a recession, the pain is usually visible on the factory floor. Firms place fewer orders. Manufacturers cut back on production. That’s why the PMI has long been considered one of the top leading economic indicators.

—WeWork IPO filing withdrawn as roadshow leads to a dead end
—What’s the difference between a recession and a depression? Here’s what history tells us
—Charles Schwab on the lessons he’s learned over a lifetime of investing
—The 5 most valuable unicorns, according to their latest funding rounds
—“Performance chasing”—and why it can be perilous for your portfolio
Don’t miss the daily Term Sheet, Fortune’s newsletter on deals and dealmakers.