Blow Out the Candles: China at 70 — The Loop 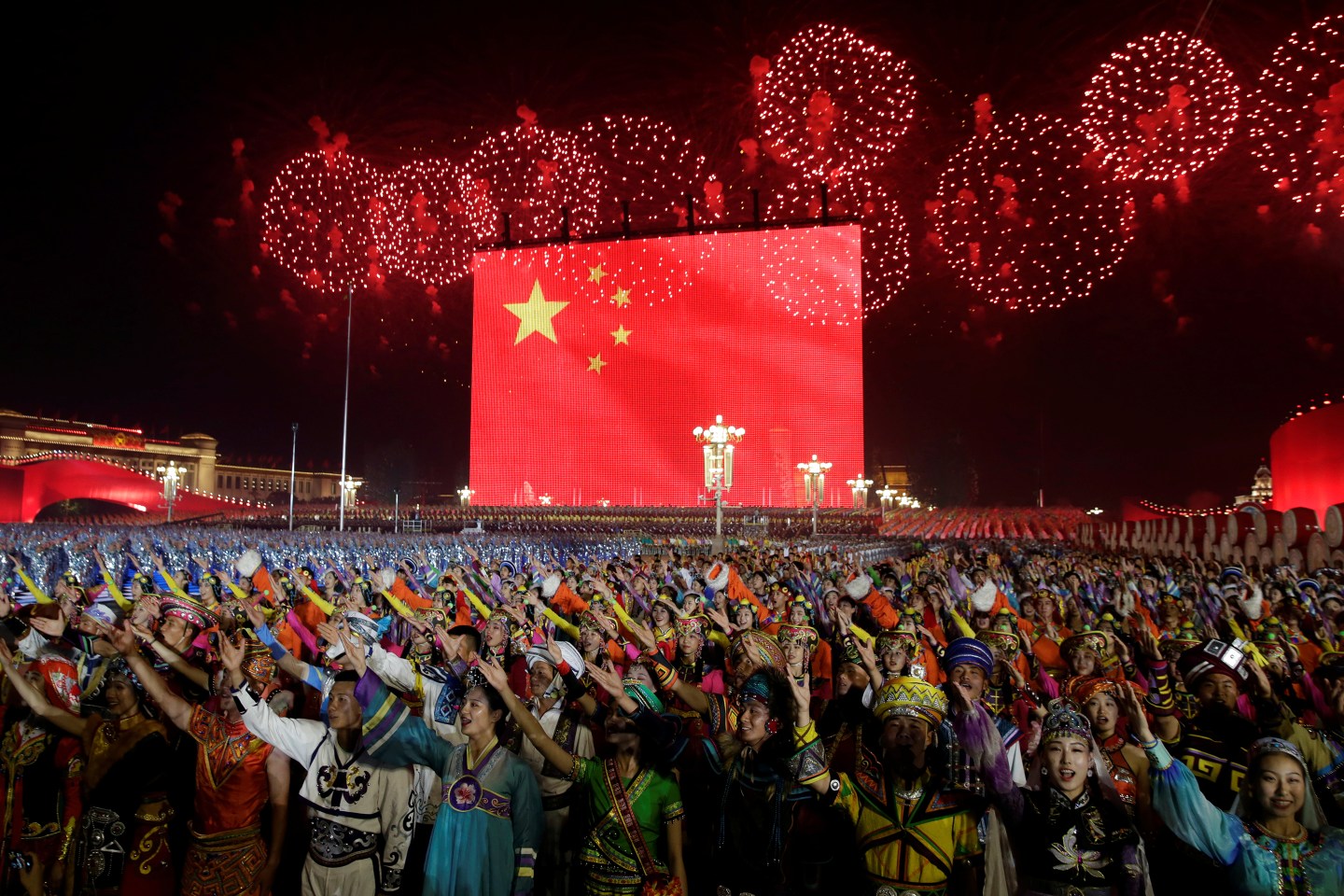 Today marks the 70th anniversary of the founding of the People’s Republic of China and the ruling Communist Party celebrated its landmark National Day with a military parade along Beijing’s central thoroughfare, wheeling missiles, tanks and drones pass the Forbidden City in a showcase of the nation’s might and a warning to any potential foreign aggressors.

“No force can stop the Chinese people and the Chinese nation forging ahead,” President Xi declared before the march began, but the spectacle was shrouded by the smoggy haze that frequents Beijing. That pollution is a more pernicious threat to the Party than the enemies it could fire missiles against.

As the workhouse of the world, China has borne the brunt of environmental costs that accompanied the rise of consumerism in the West and, now, at home. In return, China’s economy has grown at staggering rates since the country rejoined the global community in the late 1970s.

GDP surged an average 10% a year for much of three decades and China raced ahead to become the world’s second largest economy. But growth has slowed significantly, with Premier Li Keqiang lamenting that even 6% growth will be a struggle for this year.

Admittedly, 6% growth is a far better rate than any developed economy achieves and translates to an annual increase of $850 billion: more than most global economies total. Growing at 10% forever was simply never going to happen.

However, the Party uses economic growth—which has lifted 850 million Chinese out of poverty — to justify its authoritarian rule, which is why a slowdown in the economy is a worry for Party leaders. At the same time, the now powerful middle class have grown tired of suffering pollution in the name of progress.

To keep everyone happy, China needs to develop cleaner, more sustainable solutions for growth. In many cases, Beijing is doing this. China is the world’s largest producer and user of photovoltaic cells, is a leader in electric vehicles and has set—in some cases, exceeded—ambitious targets for reducing carbon emissions.

Beijing finds itself in a quandary familiar to businesses: should it continue to pursue long term sustainable goals at cost or sideline them in favor of old practices that provide short term economic relief?

Who wants to live Forever? The fast-fashion retailer formerly popular among teens and twenty-somethings filed for bankruptcy yesterday. Some pundits are reading the brand’s Chapter 11 filing as a story of young consumers turning towards more eco-friendly clothing options. While that is a trend, however, other low-cost retailers saw revenues grow while Forever 21’s declined. It’s more likely Forever 21 spread itself too thin, with over 700 stores across 47 countries, and then lost out to the rise of online-only fashion brands, which come with their own environmental burdens. Fortune

Sea faring. Last week, the Intergovernmental Panel on Climate Change (IPCC) released a report on the state of the world’s oceans and cryospheres. The findings were important if not predictable: ice is melting at unprecedented rates and the oceans are becoming warmer, more acidic and more hostile to life. Warmer seas will produce more extreme weather events; thawing mountaintops will reduce water supplies; and greater acidity threatens fish stocks. That’s a lot of big problems that need great solutions. Vox

Dirty work. Tomorrow, Indian Prime Minister Narendra Modi is expected to announce that his flagship sanitation program, Clean India, has ended open defecation in the country, five years after the initiative started. Since 2014, Modi’s government has built 100 million public toilets, earning Modi an award from the Bill and Miranda Gates Foundation. However, critics say the policy’s success has been ensured through vigilante force. Last week, two children were reportedly lynched for defecating in the open. The Guardian

The number of people police in Indonesia have arrested, accusing them of responsibility for the fires that have ravaged the nation, blanketing the islands in a thick haze and sending tens of thousands to hospital. Four corporations are also under investigation. Far from being wildfires, the blazes are caused by slash-and-burn farming practices, which clear land for new plantations. Global demand for palm oil has exacerbated the situation. This year, 328,000 hectares of land have been burned.

This edition of The Loop was edited by Eamon Barrett. Find previous editions here, and sign up for other Fortune newsletters here.