Christa McAuliffe to Be Put on Silver Dollar Coin 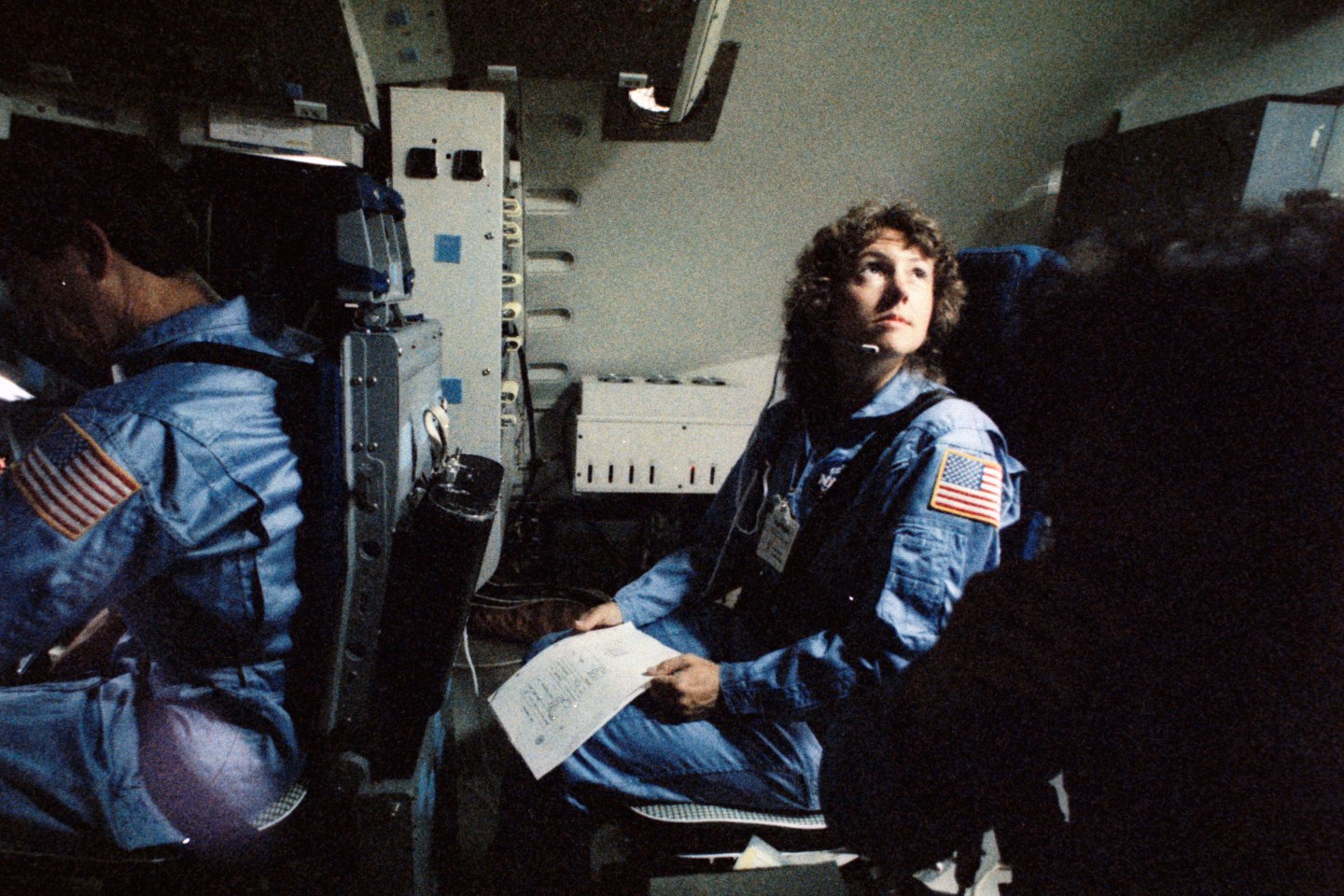 Payload Specialist Sharon Christa McAuliffe, a teacher from Concord, New Hampshire, familiarizes herself with the environs of the shuttle mission simulator during training at the Johnson Space Center (JSC). Astronaut Michael J. Smith, pilot for STS-51L, mans his position in left foreground. The photo was taken by Michael O'Brien of Life Magazine. Photo credit: NASA
Courtesy of NASA

Christa McAuliffe, the social studies teacher who died in the 1986 Space Shuttle Challenger disaster, is being honored with a commemorative silver dollar coin.

Congress has passed an act that calls on the Treasury Department to issue up to 350,000 of the coins. They’re expected to be minted in 2021 to recognize the 35th anniversary of the event.

The bill still needs to be signed into law by President Donald Trump, however.

Consumers will be able to buy the coins for an undetermined price, but that fee will include a $10 surcharge, which will benefit an organization called For Inspiration and Recognition of Science and Technology, which encourages children to pursue careers in the STEM fields.

Honoring McAuliffe is an act that’s being widely praised across the aisles, but some are noting that this act faced a lot less resistance than the redesign of the $20 bill, which was originally supposed to coincide with the 100th anniversary of the 19th Amendment, which gave women the right to vote.

Beyond Tubman’s $20 bill, women’s rights icons Alice Paul and Marian Anderson were to appear on the back of the $10 bill. The $5 bill featuring Martin Luther King, Jr. on the back has also been delayed, though Mnuchin did not give timelines for when or if the Treasury Department planned to move forward with that redesign. (King would not replace Abraham Lincoln on the $5, but will be featured on the back.)

—A running list of questions on the impeachment inquiry, answered
—3 allegations made in the declassified whistleblower complaint
—What is CrowdStrike? Trump mentioned the company in his Ukraine call
—These are the key players in the Trump impeachment inquiry
—How impeachment momentum massively shifted among democrats
—The 25 most powerful women in politics