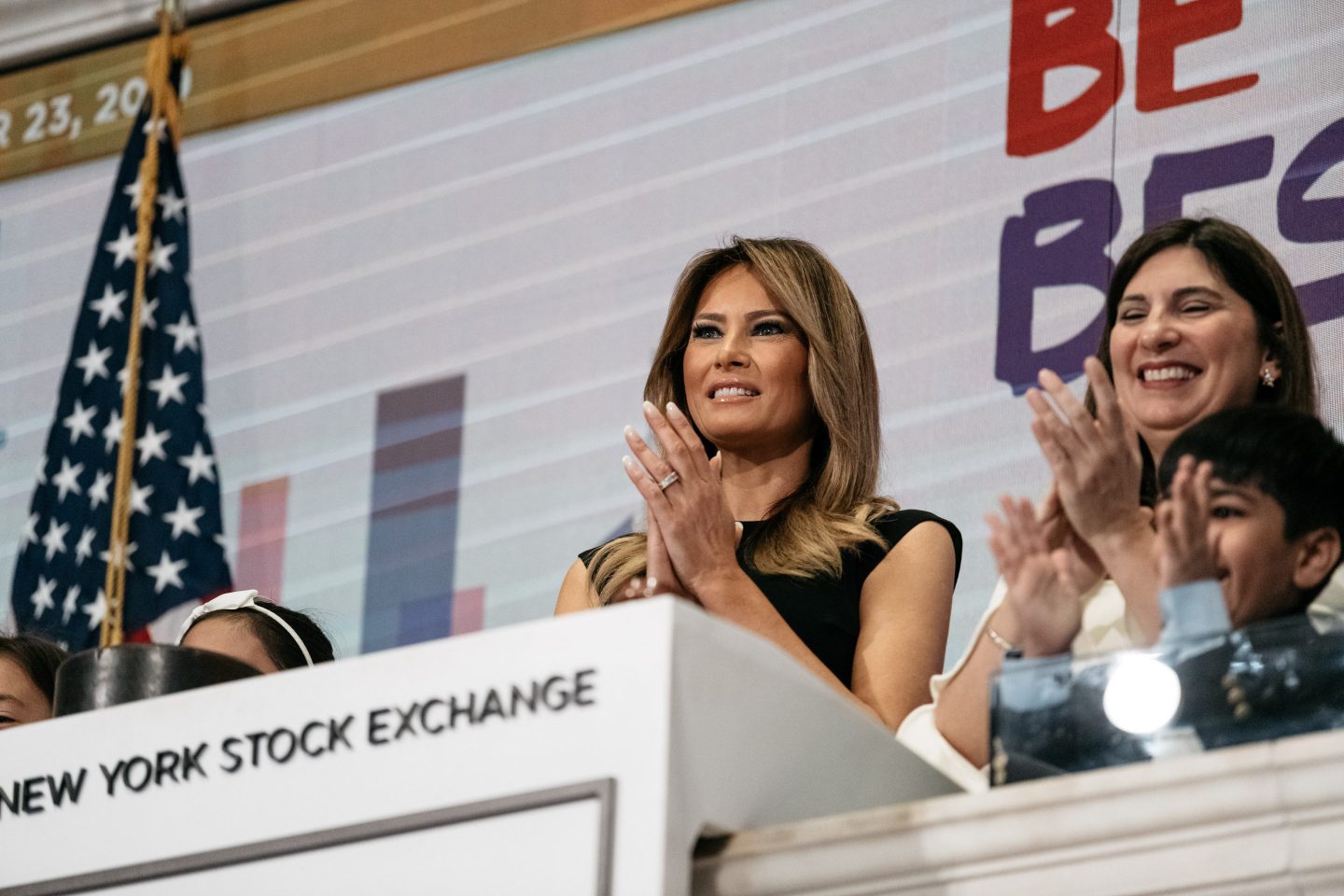 The exchange’s first female president, Stacey Cunningham, escorted Mrs. Trump on Monday and discussed the exchange’s history with her.

They were flanked by children from the United Nations International School while standing in front of a backdrop promoting Be Best , the first lady’s youth initiative.

Mrs. Trump received applause on the exchange floor and chatted with the children, who looked excited and nervous.

Earlier news reports said some parents had objected to what they perceived as a politically themed event. Participation was voluntary.

Republican President Donald Trump is in New York for a three-day visit to the United Nations.