A Woman Is Finally Running One of Britain’s Big Banks 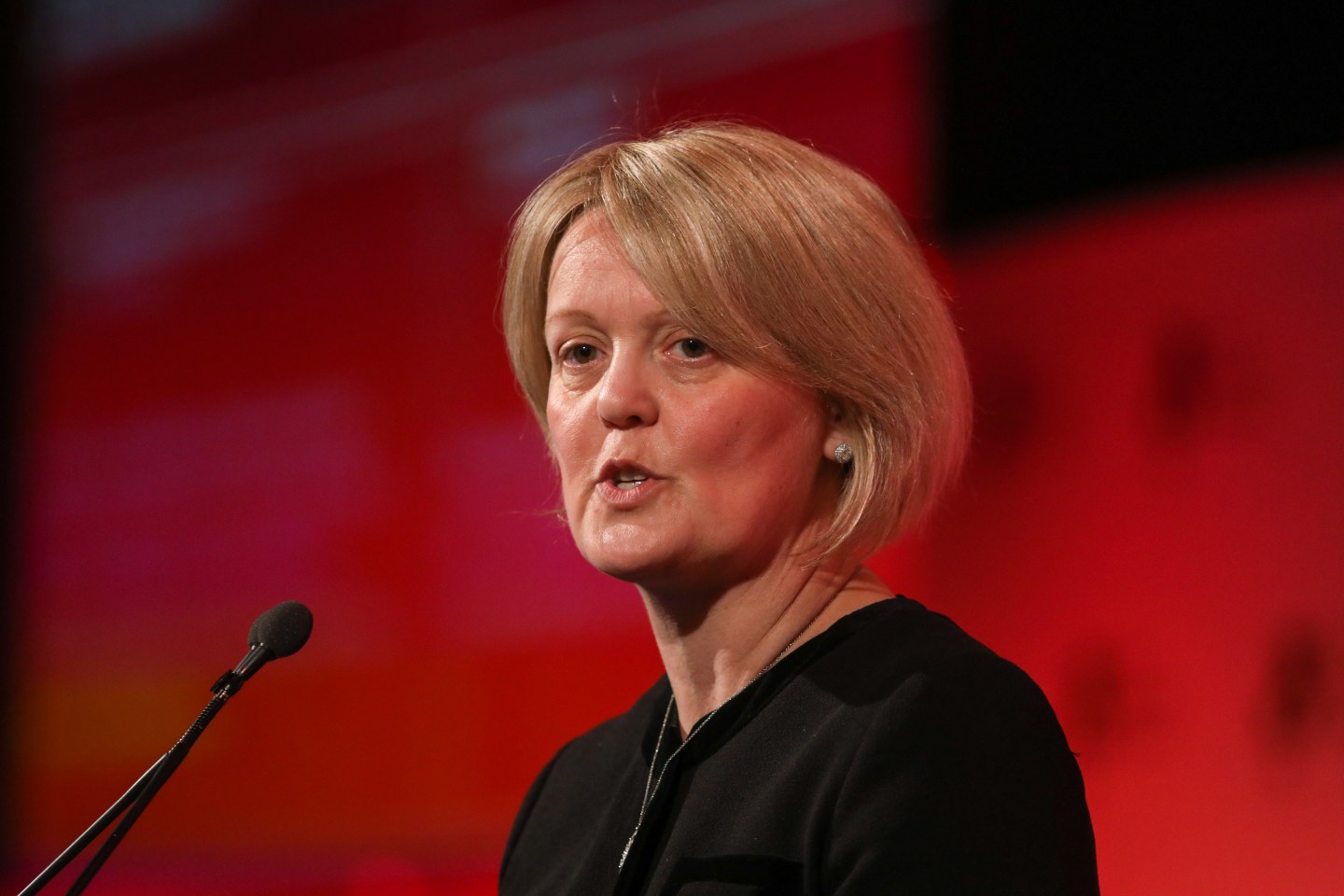 Rose will start her new role in November, the bank said on Friday. The former head of British commercial and private banking at RBS was seen as being groomed for the role for years.

She is one of a handful of female executives to make it to the top in U.K. financial services. Others have headed smaller lenders, including Jayne-Anne Gadhia, who ran Virgin Money Ltd. Her biggest challenge will be to guide the lender out of state ownership, which has continued for more than a decade since the financial crisis.

“She brings extensive experience and a track record of success from her previous roles at the bank,” RBS Chairman Howard Davies said.

Rose succeeds Ross McEwan, 62, who announced his resignation in April after more than five years in the job. He will start his new job as head of National Australia Bank Ltd. on Dec. 2, the Australian lender said on Friday. Rose, meanwhile, recently became deputy head of NatWest Holdings, the U.K. retail-banking division whose finances were split off under post-crisis ring-fencing laws.

“Maintaining the safety and soundness of this bank will continue to underpin everything we do,” Rose said in the statement announcing her appointment.

The bank will pay Rose a base salary of 1.1 million pounds ($1.4 million), 10% more than McEwan’s base pay, which was unchanged since his appointment in 2013. She will also be eligible for share-based variable pay worth up to 1.75 times her salary. Pay at state-controlled RBS is lower than that of its competitors.

Rose has worked at RBS and one of its predecessor firms, National Westminster Bank, since joining from university in 1992. The Briton, 49 years old, currently leads a domestic commercial and private banking business that generates a third of the bank’s revenue. She also helped clean up the securities unit, once one of the world’s largest, in the aftermath of the bank’s record bailout, prompted by the disastrous ABN Amro takeover.

She is the second successive women to take a high-profile role RBS. In 2018, the bank named Katie Murray to succeed Ewen Stevenson as chief financial officer after he left to join HSBC Holdings Plc.

Her biggest challenge will be to steward the lender out of state ownership. Rose is also likely to maintain McEwan’s drive to slash costs while finding growth in a U.K. market that the outgoing CEO has described as very competitive. Under McEwan, RBS finally swung to a profit in 2017 after a decade of losses, and has generated capital far greater than required by the regulators. It even announced special dividends.

The bank, historically the U.K.’s largest lender to small and medium sized businesses — Rose’s current empire — relies heavily on its mortgage book: personal banking, which includes home loans, made about half of the bank’s net interest income last year. As the ring-fencing regime effectively traps international banks’ capital in Britain, McEwan has said that the mortgage market is witnessing unprecedented levels of competition.

Rose inherits a bank that has mostly tied up the loose ends of scandals whose legacy McEwan handled during his tenure. Those include mis-sold payment protection insurance, Libor and foreign-exchange index rigging, and the mortgage-backed securities that led to a settlement with the U.S. Department of Justice.

—Why the CEO of Softtek once signed a resignation letter on her first day on a job
—Former PepsiCo CEO Indra Nooyi aims to create a ‘sisterhood’ of women leaders
—Four-time Olympian Silken Laumann on mental illness: “I was going through hell”
—‘Kim’s Convenience’ star Jean Yoon says now’s the time for artists of color
—Tune in to Fortune’s Most Powerful Women international summit through Sept. 17
Keep up with the world’s most powerful women with Fortune’s Broadsheet newsletter.