Punishing Sexual Predators Isn’t Enough. We Need to Give Them a Path to Make Things Right 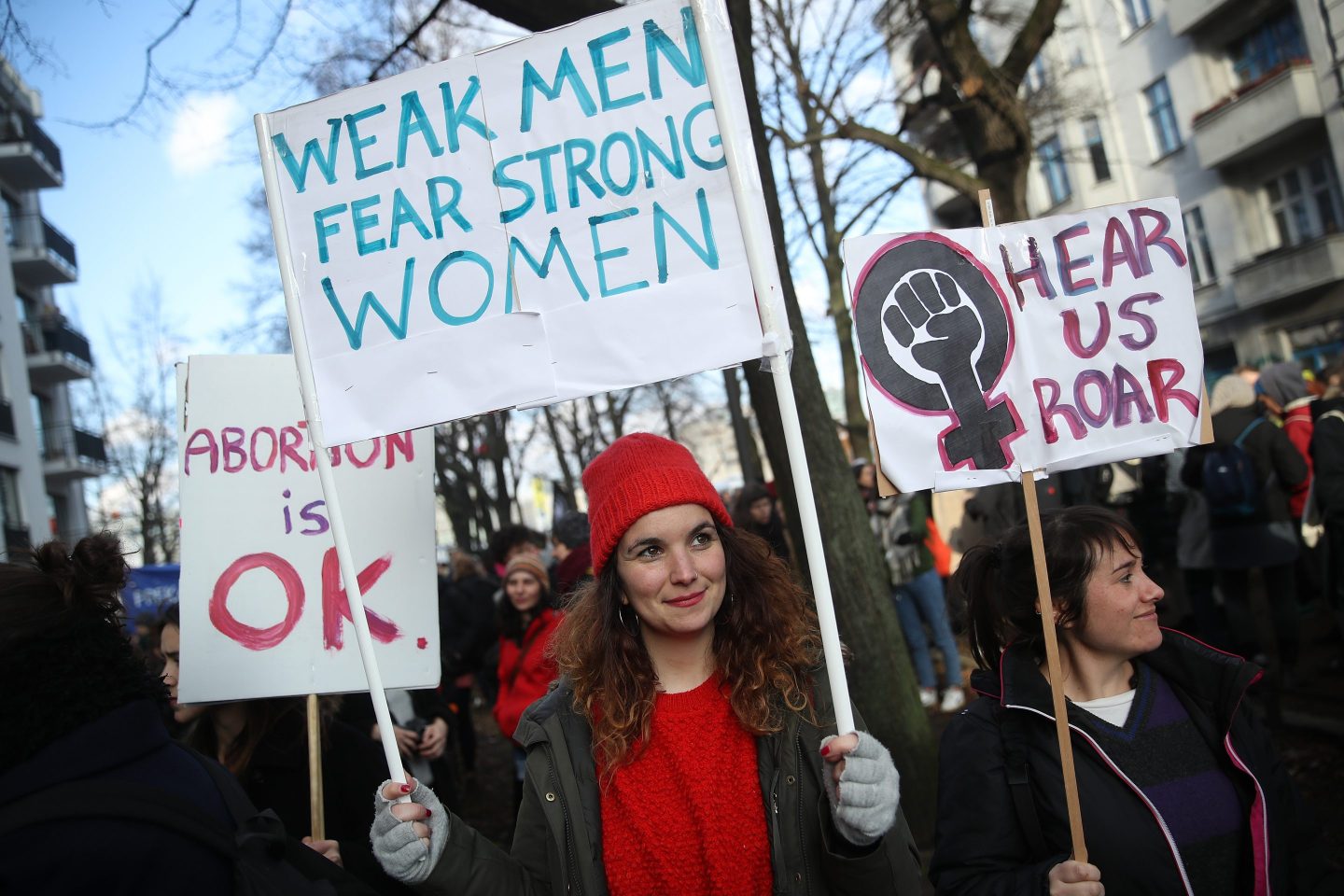 BERLIN, GERMANY - MARCH 08: Women attend the beginning of a march for women's rights at Schlesisches Tor on International Women's Day on March 8, 2018 in Berlin, Germany. Millions of women across the world are celebrating and maching today, many of them newly motivated by the #metoo movement. (Photo by Sean Gallup/Getty Images)
Sean Gallup—Getty Images

Women and society at large would be remiss to stop the conversation at the firing and social exclusion of men exposed by the #MeToo movement. This punishment really only works with public figures. What it does not do is address the fundamental societal norm that many men have grown up with—that it’s okay to violate women’s personal boundaries.

What women need to do instead is articulate is a path of truth, reconciliation, and redemption for these men.

For an example of how to go about restorative justice—a term many women have used in the #MeToo era—we can look to Rwanda, a country where between 250,000 and 500,000 women were raped and between half a million and 1 million people were killed in 100 days in 1994. Following the Rwandan genocide, as with #MeToo, more men were charged with crimes than prison cells could hold, lawyers could represent, or the court system could process. The nation had to find an alternative way to process the tragedy.

There were three notable pillars in their process. First, each community chose trusted representatives from among their own to articulate the punishment for each charged criminal. Second, each prisoner had two options: stay in prison and wait their turn to get a lawyer and a court date, or stand in front of the community where they were accused of committing the crime, authentically acknowledge what they did, and agree to make things right.

Third, those who acknowledged their crimes directly repaired the damage they inflicted. So if someone burned down a farm, they would work that farm to help it back to its original shape. If a man killed a woman’s son, he was to act in her son’s place, visiting her every day and helping her meet her financial and material needs. This process put the guilty in a humbling position of service within the community they harmed until a time where the victim felt she or he are ready to forgive. And forgiveness, more often than not, did take place, for there was constant personal encounter between the victim and the perpetrator who had to demonstrate his remorse every day in his service and in his demeanor and words.

I had the privilege of attending a few of these community courts while working in Rwanda between 1997 and 2011. What was most touching about them was not only the process of authenticity that they required, but also the path to healing and even forgiveness that they enabled.

Though the Rwanda genocide and the #MeToo movement are radically different, the principle that healing is possible in a divided situation persists. If Rwandan women could go through the process, so can American women.

As a matter of fact, the path of truth and reconciliation can only happen when it is led by the people who have been victimized. It is not legitimate otherwise. At this moment in history, it is women who need to lead the process of long-term societal change toward women’s rights and justice, and to model a new way of leadership.

Disgraced men (excluding those accused of rape and sexual assault) need to be shown a path where they can earn their redemption by understanding and then combating all that has led to and continues to lead to the violation of women—from violence to unequal opportunity. That could mean answering calls on a domestic violence hotline, cleaning a domestic violence shelter, or doing any other kind of service that exposes them to the horrors so many women experience and forces them to acknowledge and show remorse for what they’ve done.

This is a necessary and important process for many reasons.

First, it will create an authentic public discourse to discuss nuanced issues without fear. Inauthentic, forced proclamations are the norm at the moment, be they in the form of lawyerly written apologies, dismissive public apologies (as in the case of Joe Biden), or apologies that leave more people divided and even sympathetic to the accused (as in the case of Al Franken).

This does not serve the cause of women’s rights. What it does, instead, is create avoidance of women, as we’ve seen with Wall Street men declaring they’ll avoid women at all costs and quietly resenting them.

Second, lacking a formal channel to rectify the rampant sexual misconduct that’s been unveiled, women are fighting sexual harassment with anger. Anger is an important emotion that serves to ignite people’s passion, but it should never be used to maintain it. By leading with anger and fear, women risk replicating similar patriarchal behavior patterns that caused the suppression of women’s voices to start with. Patriarchy is about punishment and bullying; we need to re-anchor leadership in rehabilitation and understanding.

Third, while many of the accused men are financially well-off, many are not rich, and some of them have families. They need to be able to earn a living. We need a process that acknowledges and corrects wrongdoing, while still offering them a path to once again being productive members of society with active employment.

Many men who had always operated from a position of power now know what it’s like to be vulnerable. That’s a positive development. Now we need to find a way to bring these men into the process of healing our society.

If women don’t lead this moment in a way that shows a path forward, we risk creating more cynics than advocates for our cause, and more avoidance of the changes that need to happen.

Zainab Salbi is the founder of Women for Women International, author of Freedom Is an Inside Job, and executive producer and host of the PBS original series, #MeToo, Now What?

—Levi Strauss CEO: Why I’m joining other CEOs in urging the Senate to take on gun violence
—Doing business while doing good? Yes, it’s possible
—If hospitals made efforts to go green, health care costs would go down
—Why Google’s crackdown on fake medicine is so important
—Supporting LGBT employees is a patriotic act
Listen to our audio briefing, Fortune 500 Daily