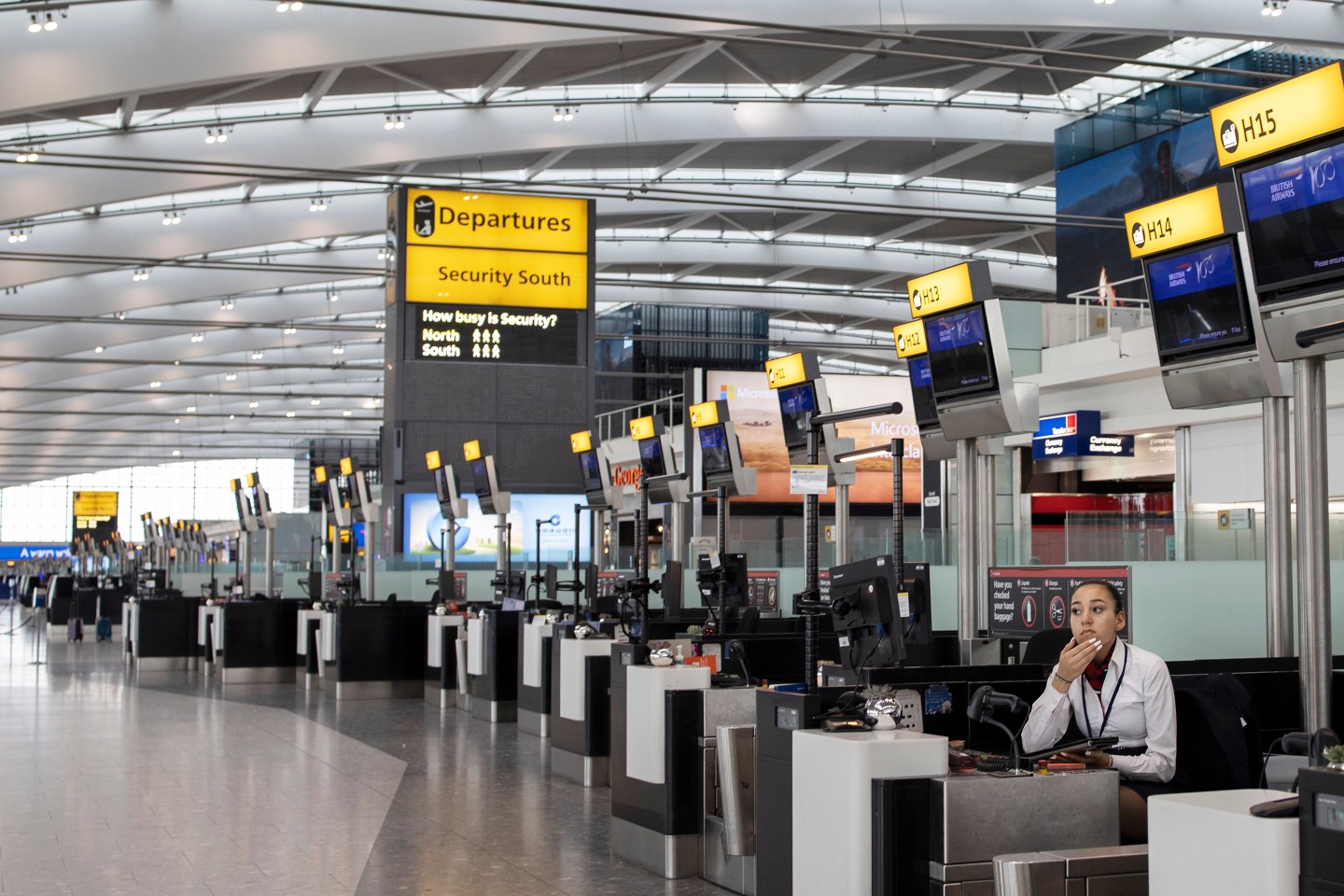 LONDON, ENGLAND - SEPTEMBER 09: A largely empty Heathrow Terminal 5 on September 9, 2019 in London, England. British Airways pilots have begun a 48 hour 'walkout', grounding most of its flights over a dispute about the pay structure of its pilots. (Photo by Dan Kitwood/Getty Images)
Dan Kitwood—Getty Images

British Airways has had to cancel “nearly 100 percent” of its flights after members of the British Airlines Pilots’ Association began a 48-hour strike over pay Monday.

Shares of British Airways parent company International Consolidated Airlines Group fell by 3 percent to 417.1 pence from its previous closing price of 430.1 in morning London trading. The stock regained some of its early losses, closing at 423.5.

The strike—the first in the company’s history—is expected to affect 1,700 flights and around 195,000 passengers, according to a British Airways spokesperson. British Airways declined to comment on how much the company would lose in revenue because of the strike, but BALPA tweeted that the airlines would lose 40 million pounds ($49.3 million USD) each day.

The dispute is the most recent in a string of clashes between labor unions and airlines that have disrupted the airlines industry. Food preparers for Delta, American and United flights authorized a strike in late June seeking higher pay and lower health insurance costs, and American has been embroiled with its mechanics over an alleged purposeful slowdown over stalled contract negotiations.

But industry watchers don’t anticipate clashes here will escalate to the levels seen across the pond.

“For U.S. airlines and U.S. travelers, this sort of strike that (British Airways) is experiencing wouldn’t occur,” said Helane Becker, a senior analyst who covers airlines at Cowen & Co. “There are rules in the U.S. that would prevent this type of strike from happening.”

And some even see the strike as a “buying opportunity for long-term investors,” said Robert Johnson, CEO of Economic Index Associates. “Traders tend to bid down the prices of these companies in the short-run,” Johnson said.

U.S. Global Jets (JETS), an exchange-traded fund that tracks domestic airline carriers, has gained 5.1. percent from the year to date but has still lagged behind the S&P 500 during the same time, as many industry players are still dealing with the fallout from the grounding of the Boeing 737 Max. Delta and Southwest shares are up over 10 percent from the year to date while United has risen roughly 4.5 percent.

As for British Airlines? At anything approaching $49 million per day, investors are surely hoping they reach a resolution soon.

—Deutsche Bank CEO on European Central Bank: “Negative rates ruin the financial system”
—September is historically the worst month for stocks. Will 2019 follow the pattern?
—Why the next recession may feel very different than 2008
—Here’s what it would take to get to “win-win” with China on trade
—“Zombie” companies are on the rise–and they could pose a threat to the U.S. economy
Don’t miss the daily Term Sheet, Fortune’s newsletter on deals and dealmakers.