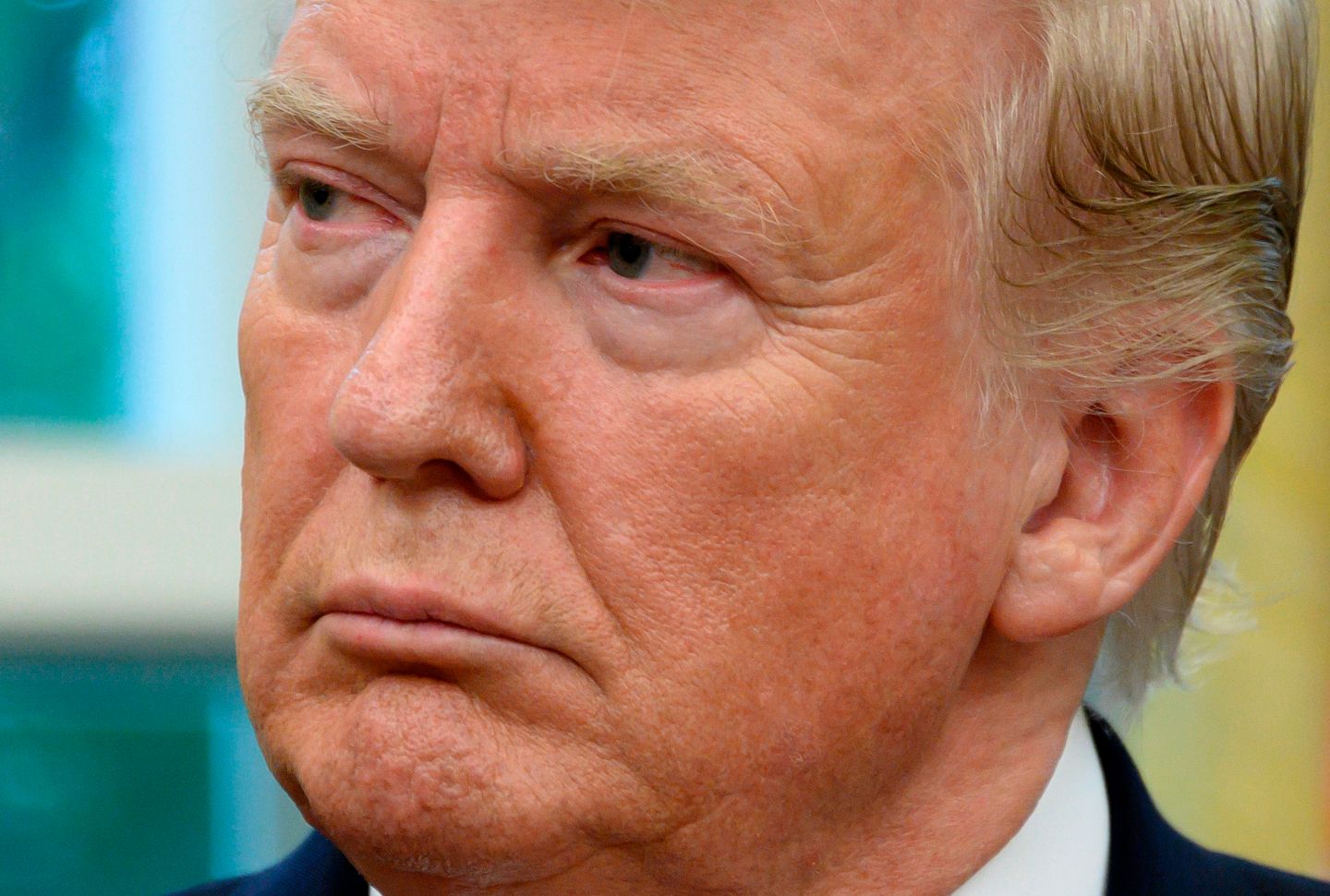 With a series of tweets, President Donald Trump has upended nearly a year of U.S.-Taliban negotiations on ending America’s longest war. He has “called off” the talks and asserted that a planned secret meeting between him and Taliban leaders at Camp David, set for Sunday just days before the 9/11 anniversary, is now canceled. Some question whether it was a face-saving attempt after the deal his envoy said had been reached “in principle” faced serious challenges.

The Taliban took half a day to respond, saying the abrupt decision hurt U.S. credibility after they had “finalized” a deal, but said the U.S. likely would return to negotiations. The two sides had still been talking on Saturday, they said — two days after Trump said he had “immediately” called off talks.

Here’s a look at the push for a deal that Trump had wanted quickly, calling it “ridiculous” that the U.S. was still in Afghanistan after nearly 18 years and billions of dollars spent.

The Taliban, who ruled Afghanistan with a harsh version of Islamic law from 1996 to 2001 and hosted Osama bin Laden as he masterminded the 9/11 attacks, say they no longer seek a monopoly on power. But the militant group now controls or holds sway over roughly half of the country. Many fear a full withdrawal of some 20,000 NATO troops would leave the weak and corrupt Afghan government vulnerable to collapse, or unleash another round of fighting in a war that has killed tens of thousands.

A DEAL WITH FEW DETAILS

The talks between Afghan-born U.S. envoy Zalmay Khalilzad and Taliban leaders in Qatar, where the insurgent group has a political office, have been so closely guarded that last week Afghan President Ashraf Ghani was shown — not given — the final draft. The Afghan government has been sidelined because the Taliban refuse to negotiate with what they call a U.S. puppet.

The Taliban negotiators have been led by Abdul Ghani Baradar, one of the group’s founders who was released by Pakistan last year after eight years in prison, apparently upon a U.S. request. He is believed to command enough respect to sell a deal to tens of thousands of fighters.

The deal once final would begin a U.S. troop withdrawal with the first 5,000 leaving within 135 days, Khalilzad announced on Monday. That would leave 8,600 troops who train and support Afghan forces after their combat role ended in 2014. In return, the Taliban would guarantee that Afghanistan would not be a launching pad for global terror attacks by groups including a local affiliate of the Islamic State organization and the remains of al-Qaida.

But problems quickly emerged. Even as Khalilzad explained the deal to the Afghan people during a nationally televised interview, the Taliban detonated a car bomb targeting a foreign compound in Kabul. Ghani’s office then raised loud objections, agreeing with several former U.S. ambassadors who warned that a hasty U.S. withdrawal without Taliban guarantees on ending violence could lead to “total civil war.” Far from guaranteeing a ceasefire, the deal includes only a reduction in violence in Kabul and neighboring Parwan province, where the U.S. has a military base.

Then on Thursday, a second Taliban car bomb exploded in Kabuland killed 12 people including a U.S. service member — which Trump blamed for his decision to cancel the talks. Khalilzad abruptly returned to Qatar for at least two days of negotiations. The new Taliban statement does not explain what happened next.

More than 2,400 U.S. service members have been killed in nearly 18 years of fighting in Afghanistan, and some observers are asking why the latest death would derail the U.S.-Taliban negotiations on the apparent brink of a deal. The Taliban have said the attacks strengthen their negotiating position.

“A difficulty created by announcing that the U.S.-Taliban deal was completed in advance of actually announcing the terms of the deal or being ready to sign is that space has been created for those unhappy with it — in Kabul or Washington — to try to modify or disrupt it,” Laurel Miller, Asia director for the International Crisis Group, said shortly before Trump’s announcement.

It is not clear. It seems no one had anticipated a Camp David meeting between Trump and the leaders of an insurgent group that just months ago Secretary of State Mike Pompeo had described as “Taliban terrorists.”

On Saturday night the Taliban spokesman in Qatar, Suhail Shaheen, made no indication the process had derailed, tweeting about possible locations on the intra-Afghan talks on the country’s political future that were meant to follow a U.S.-Taliban deal. Those talks had been set to begin on Sept. 23, the Taliban’s new statement said.

The Afghan government did not directly comment on Trump’s announcement but repeated its plea for an end to violence. “We have always said that a real peace will come when the Taliban stop killing Afghans and implement a ceasefire and start direct negotiations with the Afghan government,” it said in a statement.

That prospect still looks challenging, as Trump’s tweets noted he had planned to meet “separately” with Taliban and Afghan leaders at Camp David.

President Ashraf Ghani now might see a clear path to a Sept. 28 presidential election that he has insisted must go forward. The Taliban have urged Afghans to boycott the vote and said polling stations would be targets.

Afghans would welcome any agreement that brings improved security and governance. But many have feared the U.S. would settle for an agreement that breaks down as soon as the last American soldier leaves. The prospect of a Taliban return has especially worried Afghan women, who secured new freedoms after 2001 but are still heavily restricted in the deeply conservative country.

“At the end of the day, this is a bilateral accord between the U.S. government and the Taliban. The Afghan government is not a party to it,” said Michael Kugelman, deputy director of the Asia program at the Wilson Center, ahead of Trump’s announcement. “This suggests the Trump administration may reach a point where it decides to sign off on the deal even if it still faces opposition from Kabul.”

But the Trump administration walking away from a deal is a development that all parties are now hurrying to digest.