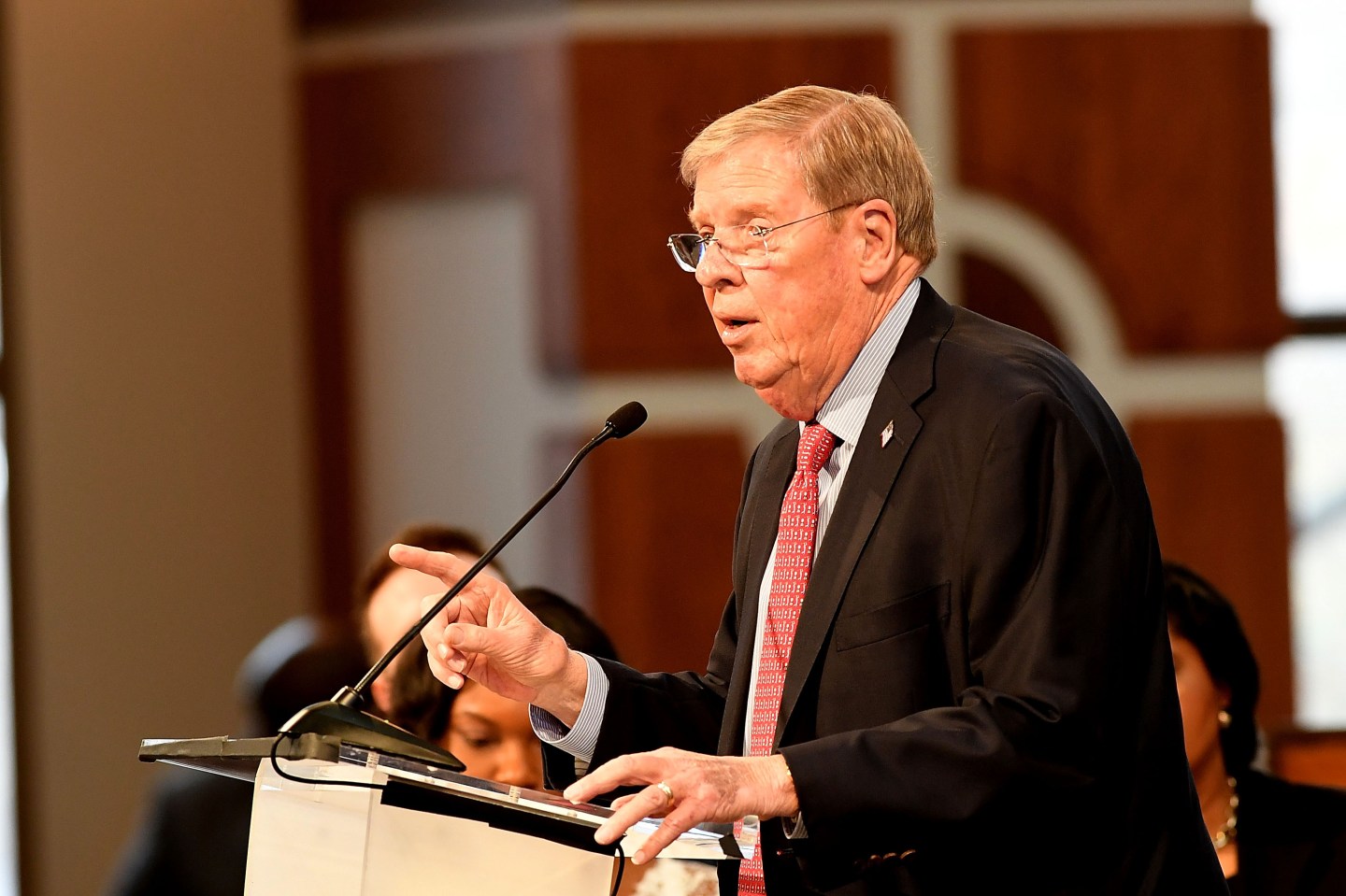 Republican Sen. Johnny Isakson of Georgia says he’ll retire at the end of 2019, citing what he calls “health challenges.”

The 74-year-old lawmaker says he’ll be leaving the job he loves because health issues are “taking their toll” on his work, family and staff.

The three-term senator was diagnosed with Parkinson’s disease in 2013 and suffered a fall in July, according to his office.

Isakson had surgery in Georgia to remove a growth on a kidney.

He plans to return to Washington when the Senate resumes next month.

Georgia Gov. Brian Kemp, a Republican, will appoint someone to fill the seat when Isakson steps down in December.

That’ll set up a rare situation in November 2020 when both of Georgia’s Senate seats will be on the ballot.