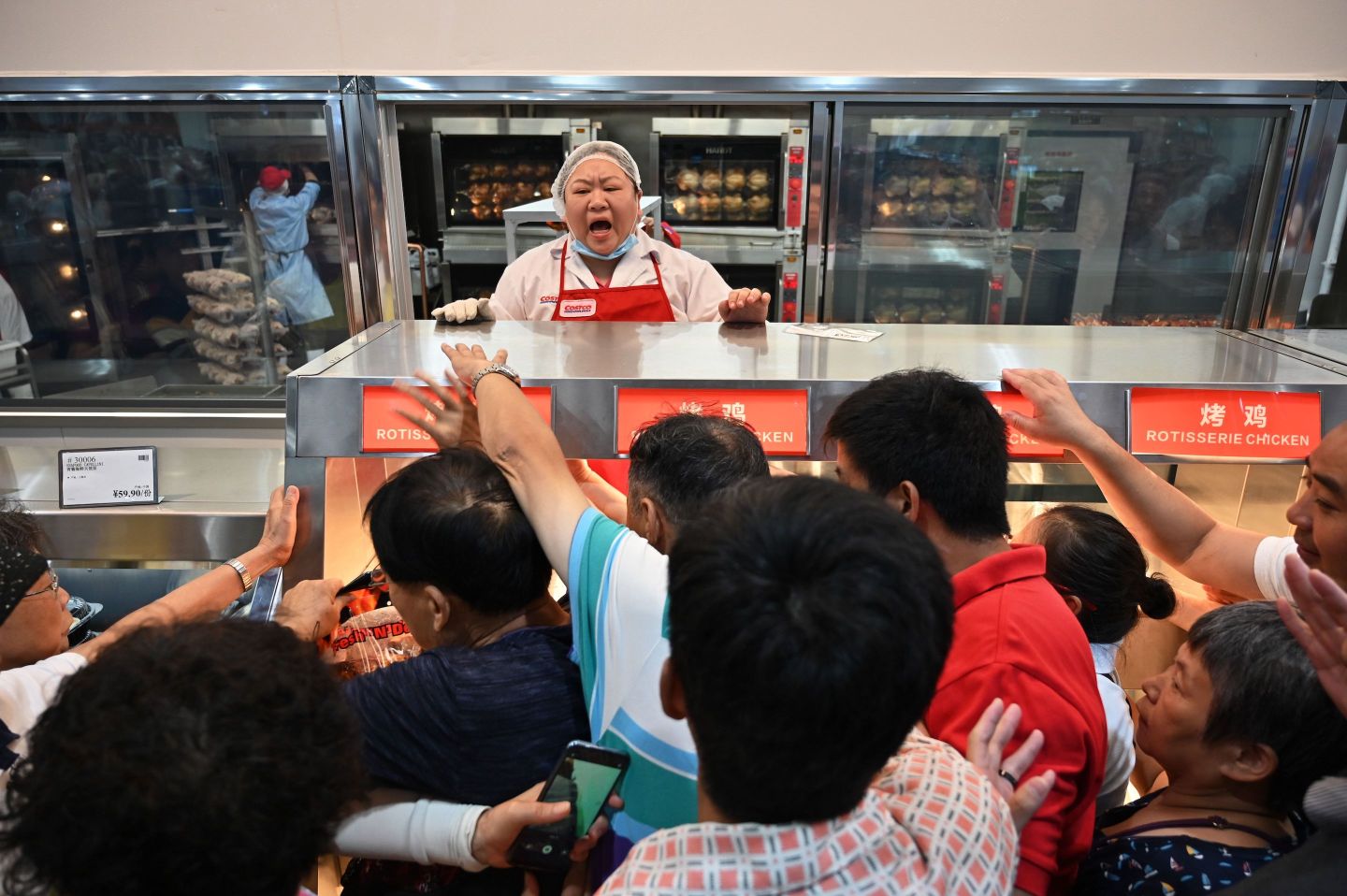 Costco Wholesale Corp.’s first outlet in China opened on Tuesday and was soon overrun with customers willing to fight over discounted products and wait hours to pay for their purchases.

The American retail giant had to suspend operations in its Shanghai store in the afternoon citing “heavy traffic and customer flows”, according to a text message sent by the company to consumers holding its membership card. The message was shared on Weibo, China’s micro-blogging website.

The frenzy at Costco’s store comes at a time when the U.S. and China are locked in a tit-for-tat tariff war that shows no signs of abating and is making American firms wary of investing in the largest Asian economy. Costco is also entering a market where many of its global rivals have struggled and given up. Carrefour SA sold 80% stake in its China unit at a discount in June while German wholesaler Metro AG is looking to sell its operations.

“There’s no other word to describe Shanghai’s Costco but crazy,” a Weibo user said, who gave up on the shopping plan after seeing two-hour queues at the checkout counters. Other Weibo users shared that they had to wait three hours to enter the parking lot while some decided to walk to the store to avoid the traffic jam.

Other pictures showed customers grabbing packets of roast chicken and elbowing out other shoppers at the store. Local news reports said the retailer offered discounts as deep as 60% on some products and annual membership for just 199 yuan ($28). The sale also includes the nation’s coveted fiery liquor drink from Kweichow Moutai Co. and Wuliangye Yibin Co.