Why Summer Is a Great Time to Find a New Job 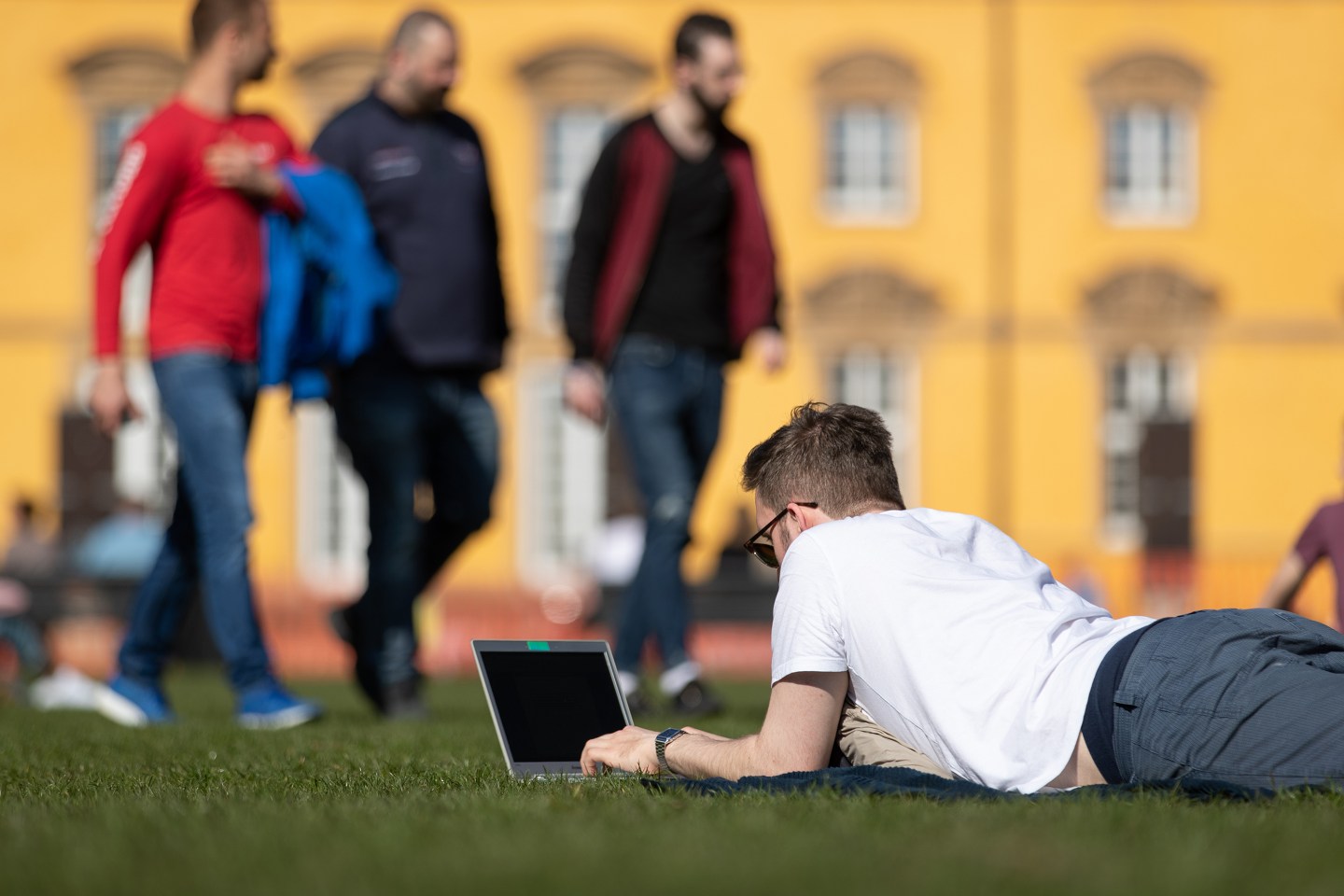 Ah, summertime. The days are warmer and longer, the kids are out of school, and at any given moment, some of us are either taking a vacation or daydreaming about it. It’s a great time to chill out and put your job hunt on hold for now, right?

Not so fast. “No one says to the chief financial officer or the head of IT, ‘Hey, don’t bother hiring anyone until after Labor Day’,” says Marc Cenedella, CEO of Ladders, a career site for people making $100,000 a year and up. “Companies still have projects going on, goals to meet, and job openings to fill.” What’s more, he adds, “most of your competition for those jobs is kicking back and taking it easy until the fall.”

Moreover, the slower, quieter pace means that “reaching decision-makers is often much easier,” notes Brenda Stanton, a vice president at career management firm Keystone Partners. “Everyone is a little less rushed and distracted. So it’s not unusual to call a hiring manager on a summer Friday afternoon and get an interview for the following Monday.”

Here are five ways to make the most out of your summer job search:

Invest more time in a knockout cover letter. The seasonal quiet means that a cover letter —which ordinarily may or may not get a quick glance— might actually be read. “Take a little extra time to customize the letter for each job you’re applying for,” Stanton suggests. “Emphasize why you’d be a perfect fit for that particular job.”

By her lights, this is just as important as customizing your resume, if not more so. “Most apps and websites now offer the option to send a cover letter, and most people don’t bother,” she says. So choosing to send one helps you stand out. “HR people and recruiters have told me that a good cover letter really does make a difference. It shows you went that extra mile.”

Take someone out to lunch. What’s your old boss up to these days? How about your office buddies from, say, two jobs ago? “At this time of year, it’s usually easier to get on people’s calendars for lunch or drinks,” observes Cenedella. “It’s a great chance to reconnect with people you may have lost touch with.”

You never know. Former colleagues may now be, or have, friends in high places. Or they may have heard some industry scuttlebutt that could point you toward an opportunity you’d otherwise never know about. Even if not, pick people you recall having genuinely liked, and at least it’ll be fun to get together and catch up.

Take advantage of summer parties. Job seekers often hesitate to mention their search at, say, Uncle Clyde’s annual barbecue —even if this blowout is packed with local bigwigs and others who have stellar business connections. “People often feel awkward bringing up their search in a social setting that’s not supposed to be a ‘networking event’,” notes Stanton. “But there are ways to do it gracefully, without seeming needy or pushy.”

One surefire approach: Listen first. Ask someone what they do (or, if you already know that, how work is going these days), and listen carefully to the answer, perhaps summoning up a few further questions and a thoughtful comment or two. At that point, “the conversation will naturally come around to your own situation,” Stanton says. “Then, when you briefly describe what you’d like to find in your next job, it’s in the context of the conversation.”

Not only that, she adds, but being a good listener —and coming across as “relaxed and approachable,” as one tends to be at parties— “makes you someone that others want to recommend. People want to help people they like.”

Buff up your resume. You may not have altered this document much recently, but “everyone really should do a ‘resume check’ at least once a year anyway,” says Cenedella. “The summer slowdown is a good time to do that.” Besides adding any recent achievements, a new title, or anything else that isn’t on there yet, Cenedella recommends cutting “everything that’s fifteen years old, or older.”

That may seem draconian if you’re particularly proud of having doubled your sales team’s numbers from 2001 to 2002 or some such feat. Cut it anyway, says Cenedella. “Business is changing so quickly that whatever you did before 2005 just isn’t relevant now.” Detective novelist Raymond Chandler once remarked, “In writing, you must kill your darlings.” That applies to resume writing, too.

Be ready to meet a stand-in interviewer. Let’s say you’ve thoroughly researched online the CIO who’d most likely be interviewing you for the tech job you want. Then you get to the meeting and find out that that person is away on vacation —surprise!— and that you know nothing about the person sitting across from you.

Don’t panic. “At the end of any job interview, you should always try to find out your chances of getting an offer,” says Stanton. “So be bold. Ask the substitute interviewer, ‘Do you think I’m a good fit for this position?’ Try to get a sense of whether he or she is planning to recommend you.”

If you really have your heart set on getting in touch with the person you expected to meet, Stanton adds, ask whether the stand-in would mind if you sent an email to say hello (and reiterate your interest in the job) when the CIO is back.

Getting the go-ahead does two things. First, “you don’t want to seem to be sneaking around or going over the stand-in’s head, which could easily backfire,” says Stanton. “After all, the CIO chose that person for a reason.” And second, “asking is courteous. Job hunting is basically a sales process, where what you’re selling is yourself. So always be aware of who, besides the hiring manager, might be influencing the ‘sale.'” Noted.