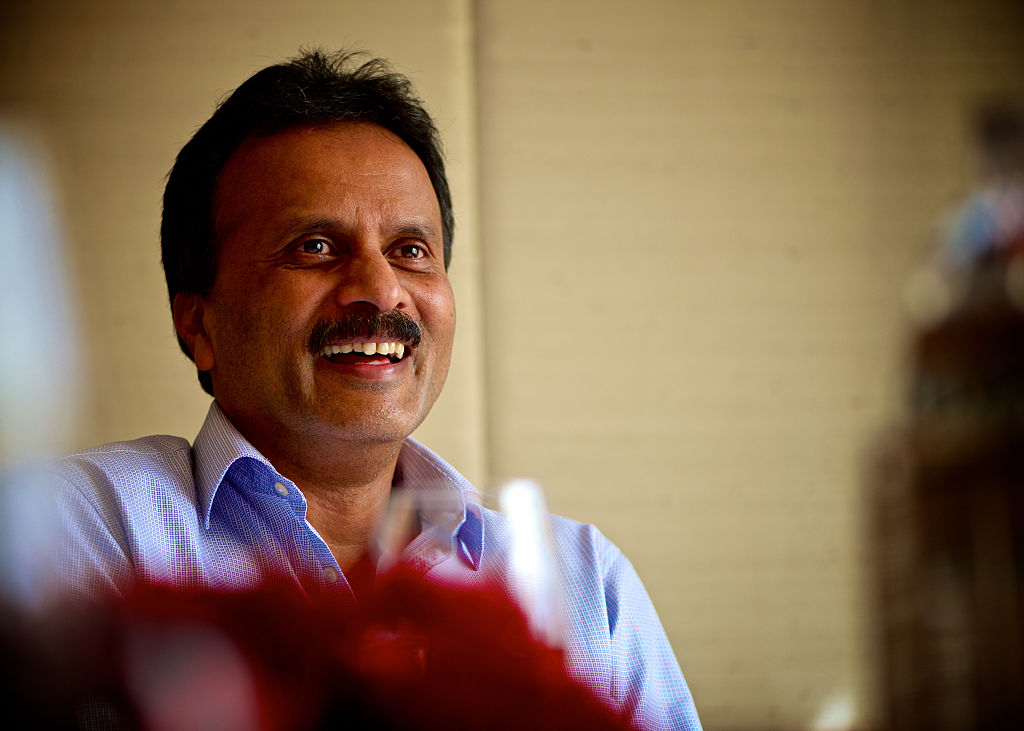 V.G. Siddhartha, the founder of India’s biggest coffee chain, has been confirmed dead days after he purportedly wrote a letter indicating he was anxious about pressure from banks, investors and the tax authorities.

Siddhartha told his driver he was going for a walk on Monday, near a bridge close to the southern Indian city of Mangaluru. He was reported missing after he failed to return to the car later that night. The city’s police commissioner Sandeep Patil said early Wednesday that Siddhartha’s body had been found, but didn’t elaborate on the circumstances of his death.

Coffee Day Enterprises Ltd., the company Siddhartha founded, released a letter on Tuesday purportedly written by him to the board. It talks of “succumbing to the situation” because of pressure from lenders and one of the company’s private equity partners, as well as harassment by tax officials. The letter, printed on a white sheet of paper bearing Siddhartha’s name boldly on top and Coffee Day’s address at the bottom, is addressed to the the company’s board and employees.

“I gave it my all but today I gave up as I could not take any more pressure from one of the private equity partners forcing me to buy back shares,” according to the letter dated July 27. The harassment by tax officials and pressure from lenders led to a “serious liquidity crunch.”

The company’s shares plunged by the 20% limit for a second day on Wednesday. Siddhartha’s cafe network traces its roots to the IT hub of Bengaluru in 1996, and it established a foothold in India’s fledgling coffee scene more than a decade before Starbucks Corp. entered Asia’s third-largest economy.

There were signs Siddhartha and Coffee Day were struggling with debt.

He and other founders of Coffee Day pledged about 76% of their holdings as collateral, according to filings. The debt burden prompted him to start selling assets earlier this year. In April, he sold a 20% stake in software services firm Mindtree Ltd. to engineering giant Larsen & Toubro Ltd. He was seeking a valuation of as much as $1.45 billion from Coca-Cola Co. to sell a stake in Coffee Day, the Economic Times newspaper reported last month.

Debt at Coffee Day rose 29% to 65.5 billion rupees ($951 million) in the financial year ended March 31 from a year earlier. Its debt-to-EBITDA ratio jumped to 11.4 from 6.7 over the same period, according to data compiled by Bloomberg. Shares of Sical Logistics Ltd., another company where Siddhartha’s family is a large investor, also plunged 20% on Tuesday and continued to fall on Wednesday.

The company is taking help from concerned authorities, and its leadership team will “ensure continuity of business,” Coffee Day said in an exchange filing on Tuesday.

Tokyo-based Impact HD, which has a joint venture with the coffee chain to open convenience stores across India, postponed the opening of its first ‘Coffee Day essentials’ store, it said in a statement. The store was scheduled to open on Aug. 1 in Bangalore. The Japanese firm doesn’t expect any impact from Siddhartha’s death on the two firms’ joint venture, according to the statement.

“We think there is adequate top management bandwidth to continue with day-to-day operations in the near term,” Morgan Stanley analysts Nillai Shah and Archana Menon wrote in a July 30 note to clients.

Coffee Day went public in 2015, nearly two decades after opening its first cafe in Bengaluru, selling shares at 328 rupees apiece. A unit of private equity firm KKR & Co. owns 6.07% of the company, while Nandan Nilekani, co-founder of Infosys Ltd., has a 2.69% stake.

Coffee Day has about 1,700 outlets, 10 times more than Starbucks runs in the nation, according to the National Restaurant Association of India.

“We are deeply saddened by the developments and our thoughts are with his family at this time,” KKR said in an email. The fund sold 4.25% of its holding of about 10.3% in February, 2018 and haven’t sold any shares before or since, according to the email.

Siddhartha, who began his career as an investment banker, had sleepless nights when Starbucks entered India, according to an article he wrote for the Outlook magazine in 2016.

He had a “miserable moment” when Coffee Days stock tanked at its debut, giving him “quite an ego blow,” he wrote in the column.