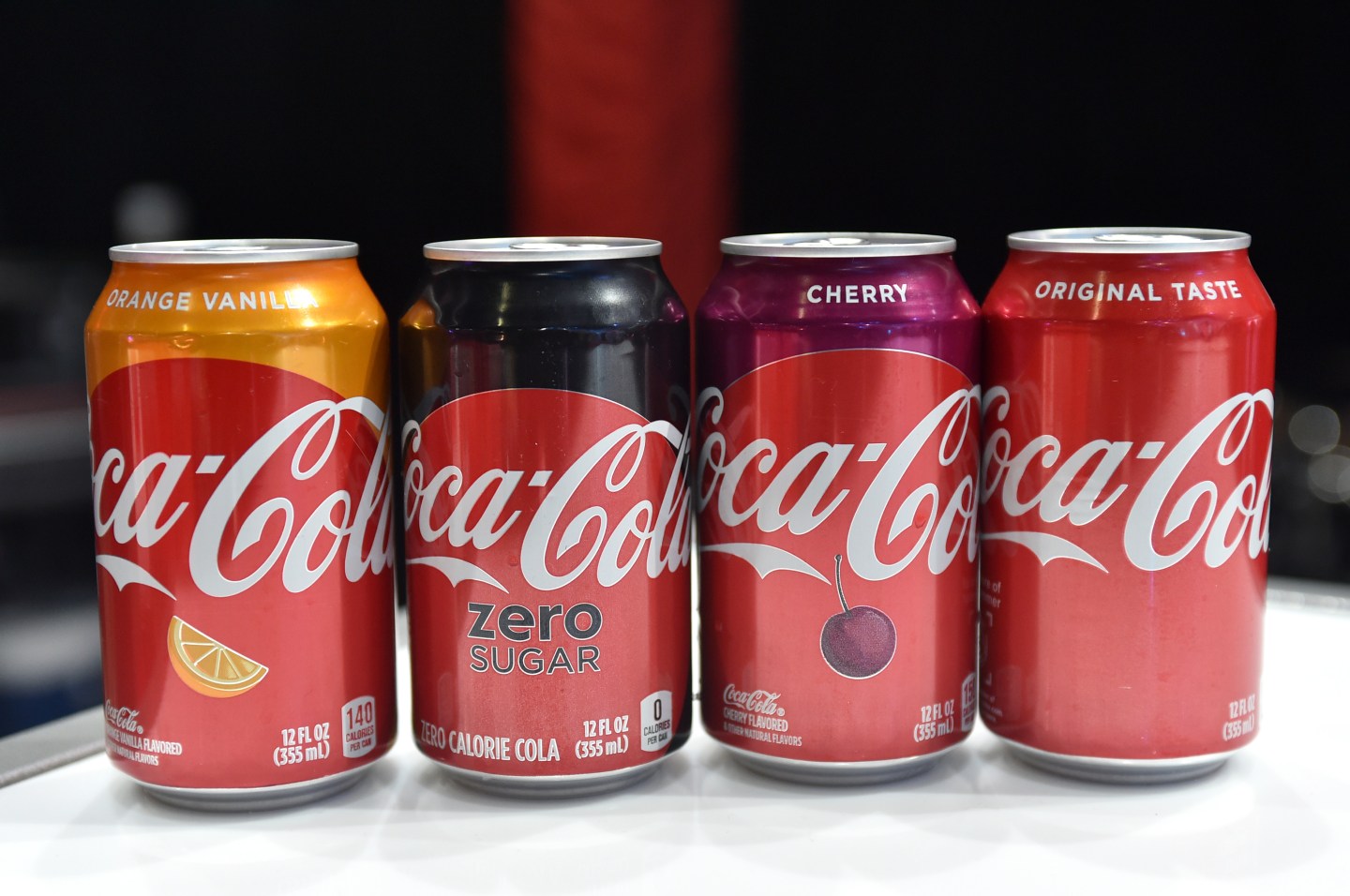 Chairman and CEO James Quincey said product innovation is helping the company gain global market share. New and reformulated products — like Coca-Cola Plus Coffee and lower-calorie Simply juices — now account for 25% of the company’s revenue, up from 15% two years ago, Quincey said.

“That’s a huge opportunity in front of us,” Quincey said. “We’re seeing good growth this quarter and have been seeing it for a while.”

Coke posted second quarter earnings of $2.61 billion, or 61 cents. Earnings, adjusted for one-time gains and costs, came to 63 cents per share, which is a penny better than expected, according to analysts surveyed by Zacks Investment Research.

Coke said its first energy drink, Coca-Cola Energy, launched in Europe during the quarter and saw some sales success. The company plans to expand sales of the new product to 20 markets by the end of this year. Quincey said the company hasn’t yet said when the drink will come to the U.S.

Sales of Coke’s namesake soft drinks rose 3% in the quarter, thanks to double-digit growth of Coca-Cola Zero Sugar and new products like Coca-Cola Orange Vanilla.

Coke recorded some softness in older products like Dasani bottled water and Minute Maid juices. But in those cases, higher sales of premium products like Smartwater and Simply juices made up for some of the shortfall.

Overall volume was up in every market but North America, where it fell 1%. Quincey said a transition to smaller can sizes — which command higher prices — is one reason for the decline. Pricing rose up 4% in the region.