What the Fortune Global 500 List Tells Us About a Worldwide Shift in Power: Term Sheet 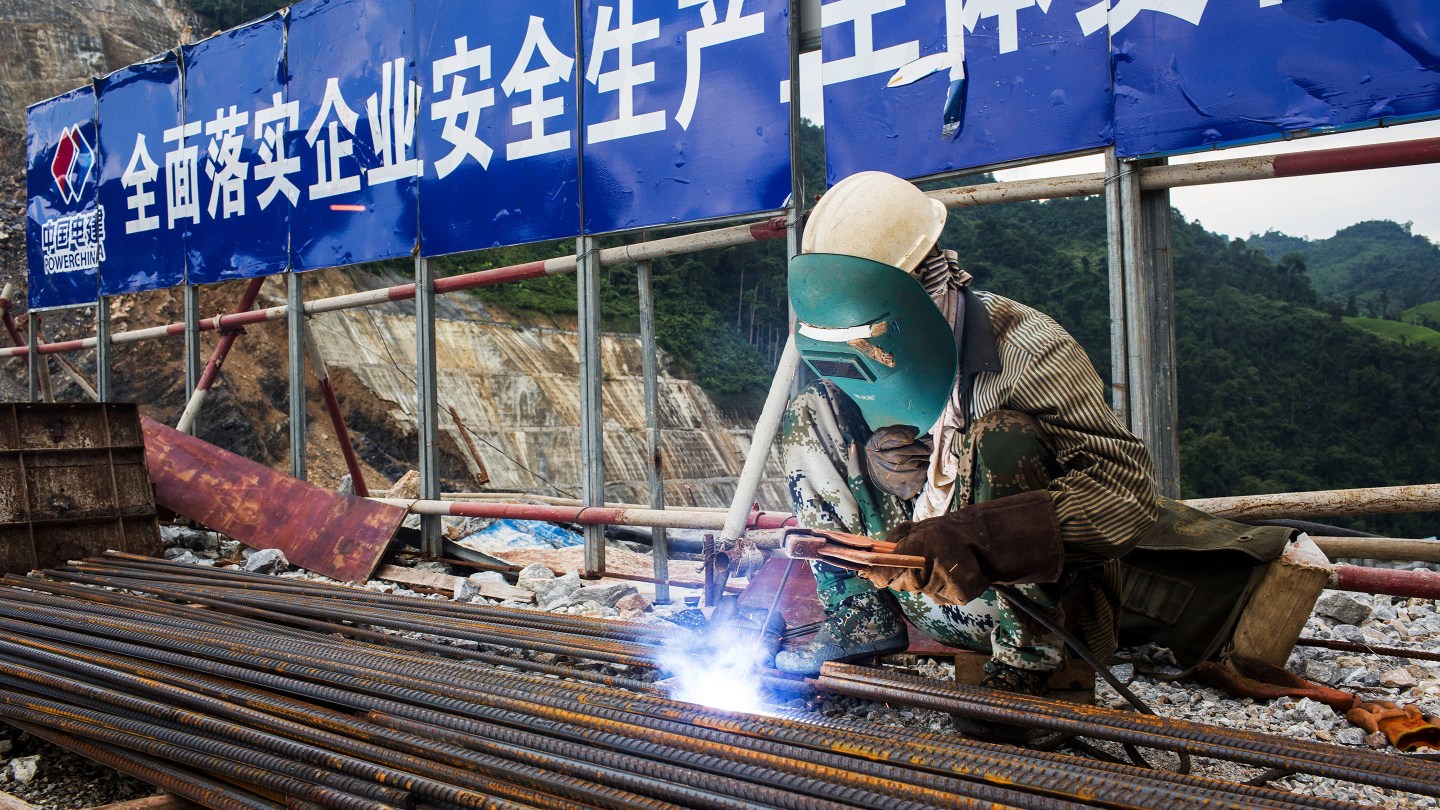 A worker uses a blowtorch at the Nam Tha 1 hydroelectric dam construction site, being built by Power Construction Corp. of China Ltd. (PowerChina) and to be operated by Chine Southern Power Grid Co., in Bokeo Province, Laos, on Saturday, July 29, 2017. Southeast Asia's frontier nations are stepping up their infrastructure drive to boost growth and diversify their economies as they seek to shed their image as the region's backwater. Photographer: Taylor Weidman/Bloomberg via Getty Images
Taylor Weidman—Bloomberg via Getty Images

The Fortune Global 500 list is out today. One thing I want to highlight is an ongoing (and perhaps accelerating) economic shift in power.

Fortune’s Geoff Colvin wrote an essay titled, It’s China’s World, in which he further explains what it means for business now that China has reached parity with the U.S. on the Fortune Global 500. He writes:

That shift is transforming not just the business world but the whole world. As China seeks to succeed the U.S. as the preeminent superpower, business is playing an even larger role in international affairs than usual.

Nations have always competed economically, but the U.S. and China are engaged in direct battle over the world’s economic life force: technology. As former Treasury Secretary Henry Paulson has written, “The battle is about whose economy will drive the technology of the future and set the standards for it.”

The first question I asked a panel of venture capitalists at Fortune’s Brainstorm Tech last week was around the economic power shift from the United States to Asia. Although the panelists largely downplayed its significance, the numbers speak for themselves. Global investors are pouring increasing amounts of capital into China’s startup ecosystem, with 29.4% of global VC directed into Chinese startups in 2018, according to Pitchbook.

Although many of the largest Chinese companies are state-owned enterprises, of course that capital is trickling down into the private markets. Just take a look at Fortune’s newly-published feature on China’s biggest private sector company Ping An.

Ping An (No. 29 on the Fortune Global 500) earmarks 1% of revenue for investments in innovation. Over the past 10 years, the group has plowed more than $7 billion into research and development, and its founder and CEO Peter Ma has vowed to invest $15 billion more in the decade to come.

That endowment has nurtured 11 technology affiliates, of which two—Good Doctor and Auto­home, a platform for car buyers—are publicly traded and three are privately held “unicorns” with multibillion-dollar valuations. For now, only two of those five are profitable. Even so, the combined value of the group’s tech ventures tops $70 billion.

As Colvin put it in his column: Fortune’s founder, Henry Luce, famously declared in 1941 that the 20th century was the American Century. Whether the 21st century becomes the Chinese Century in the full sense remains to be seen. But at least in business, the Chinese Century is growing intensely more Chinese, and faster every day.

- Sennder, a Berlin-based digital freight forwarding company, raised $70 million in Series C funding at a valuation of approximately $300 million. Lakestar led the round, and was joined by investors including Accel, Next47, H14, HV Holtzbrinck Ventures, Project A and Scania Growth Capital.

- Iflix, a Malaysia-based streaming video service, raised more than $50 million in funding. Fidelity International led the round, and was joined by investors including Catcha Group, Hearst, Sky and EMC.

- UVeye, an Israel-based company that has built a set of drive-through external scanners that can take images of the exterior of a vehicle and detect for anomalies, raised $31 million in funding. Toyota Tsusho, Volvo Cars and W. R. Berkley Corporation led the round, and were joined by investors including F.I.T. Ventures.

- FlixMobility, a Germany-based parent company of global mobility platforms FlixBus and FlixTrain, raised Series F funding of an undisclosed amount. TCV and Permira led the round.

- Intercorp Financial Services, a Lima, Peru-based financial services firm, raised $414 million in an initial public offering of 9 million shares priced at $46 apiece. The company now trades on the Lima Stock Exchange as “IFS” at about $46.01 apiece. It posted net interest income of about $949.6 million in 2018 and profit of $328.9 million. Intercorp Peru backs the firm. It plans to list on the NYSE as “IFS.”

- Livongo Health, a Mountain View, Calif.-based healthcare platform for chronic illness management, plans to raise $267.5 million in an IPO of 10.7 million shares priced between $24 to $26, up from a range of $20 to $23. It posted revenue of $68.4 million in 2018 and loss of $33.5 million. General Catalyst, Kinnevik Online, and KPCB Holdings back the firm. It plans to list on the Nasdaq under the symbol “LVGO.” Read more.

- RAPT Therapeutics, a South San Francisco-based biotech firm creating therapies for cancer and inflammatory diseases, plans to raise $75 million in an IPO of 5 million shares priced between $14 to $16. The Column Group (34.7% pre-offering), KPCB Holdings (20%), and Topspin Fund (12.2%) back the firm. It plans to list on the Nasdaq as “RAPT.” Read more.

- Bain Capital, a Boston-based private equity firm, is in talks to raise a new mid-market fund focused on Japan, according to Reuters. Read more.