eBay CEO: Why We Should Teach All Students to Code 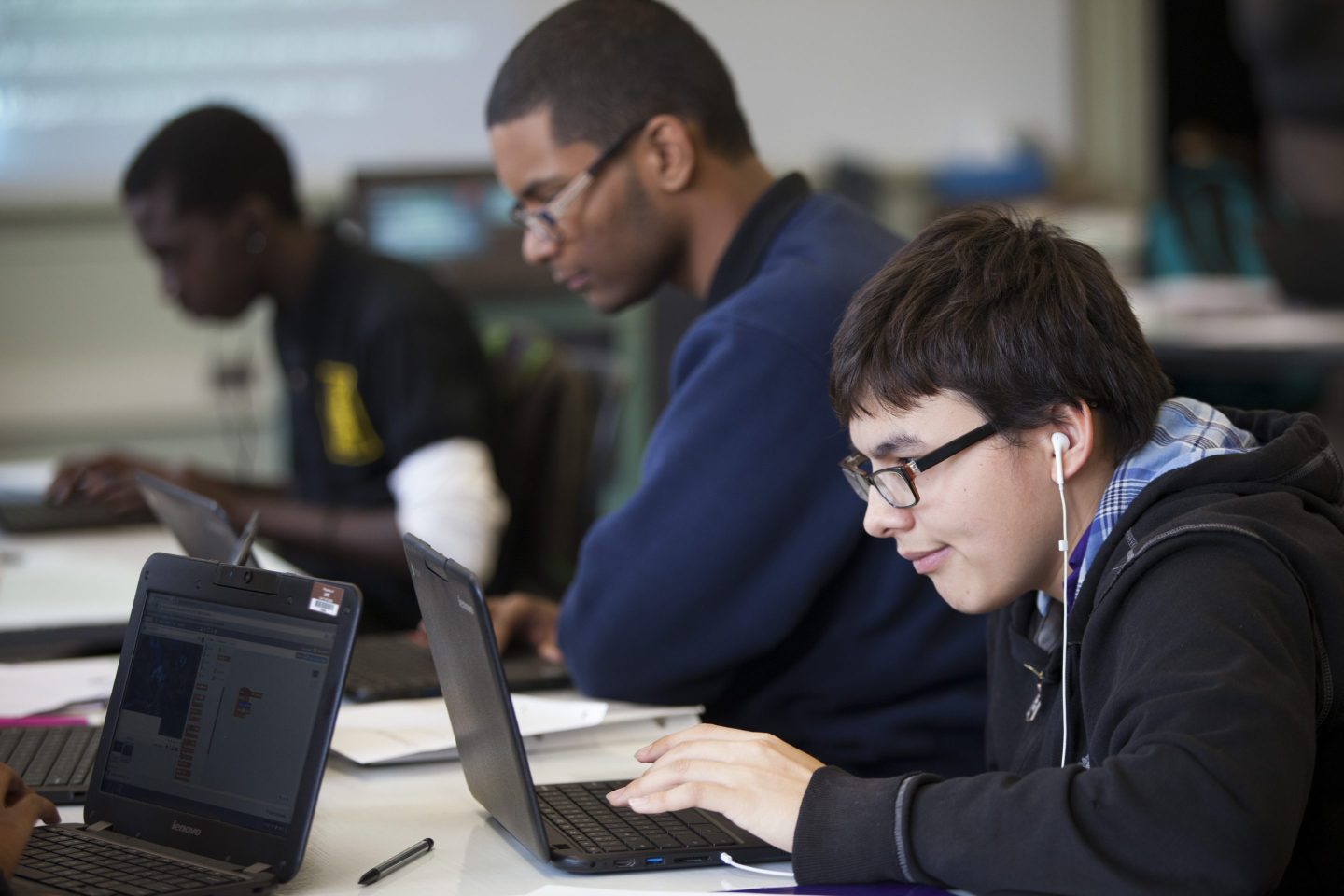 Everyone should learn to code.

Some would argue that coding is not a necessary skill for people who are not working in an engineering-related function. But digital technology now powers every industry, business, and profession.

Learning to write code, whether you want to be an engineer or not, gets you thinking about the world differently. That’s why I believe that you’ll be a better English professor if you take computer programming.

That said, I would also argue, just as strongly, that you’ll be a better technologist if you take English literature. Or international relations, philosophy, or art history, for that matter.

As thousands of newly minted college graduates begin charting their career paths this year, it’s crucial that they draw inspiration from the liberal arts along with technical skills as they navigate the infinite possibilities of the professional world. I see many debates about technical skills versus liberal arts. This misses the point. The future is about integrating the two in a way that builds technical proficiency informed by a sense of humanness.

We’re in the midst of big platform shifts happening in the technology ecosystem which in many ways have already changed our lives. Machines are reaching, and sometimes exceeding, human performance on tasks. While this will open up new opportunities for the economy and society, it also has the potential to disrupt millions of lives and prompts debates on what the future will look like—humanistic or robotic.

Navigating this and many other complex ethical and societal questions is where the liberal arts play a vital role. It’s our responsibility to shape our society in a way that is inclusive and adaptive to change. The varied subjects that comprise the liberal arts help us think critically about both the implications and opportunities of the technology that our society is advancing.

Coding enables me to be more structured in my thinking. It also forces me to make connections between different concepts, which is important whether I’m dealing with art or politics. On the flip side, my love of art makes me think about beauty and design, which is a critical component of the user experience in technology products.

The founding of eBay is a classic case study of all of this coming together. It certainly took programming expertise to execute our founder Pierre Omidyar’s vision to connect buyers and sellers around the world. But every line of code was also centered around bringing complete strangers together in mutual trust.

Learning how to adapt in the real world isn’t a task that can be programmed. It’s a skill that is nourished by empathy, critical thinking, and creativity. Engineers are creative, but it’s typically their passion outside of ones and zeros that inspires the most life-changing technologies. Leaders of institutions of higher education are responsible for bringing the right combination of arts, sciences, and technology to students, be they future engineers or poets.

One of the main reasons I left New York for Silicon Valley is because the valley is a place where the entire culture drives creation. That’s why extraordinary companies and products are built by 20-year-olds who say, “Leave me alone; I’ve got an incredible idea and I’m going to change the world.” They often do.

It’s also a place that can also become untethered. It’s going to take philosophers, artists, mathematicians, and technologists alike to help set the guardrails for the disruptive technology that we know is inevitable.

Technologists will blaze a trail into the future, but artists will make the journey worthwhile. When we harness the creativity of both, we build amazing things.

Devin Wenig, president and CEO of eBay, studied political science at Union College and law at Columbia University. He learned to code on his own on weekends several years ago.