These Are Cases in Which Police Officers Were Charged in Shootings 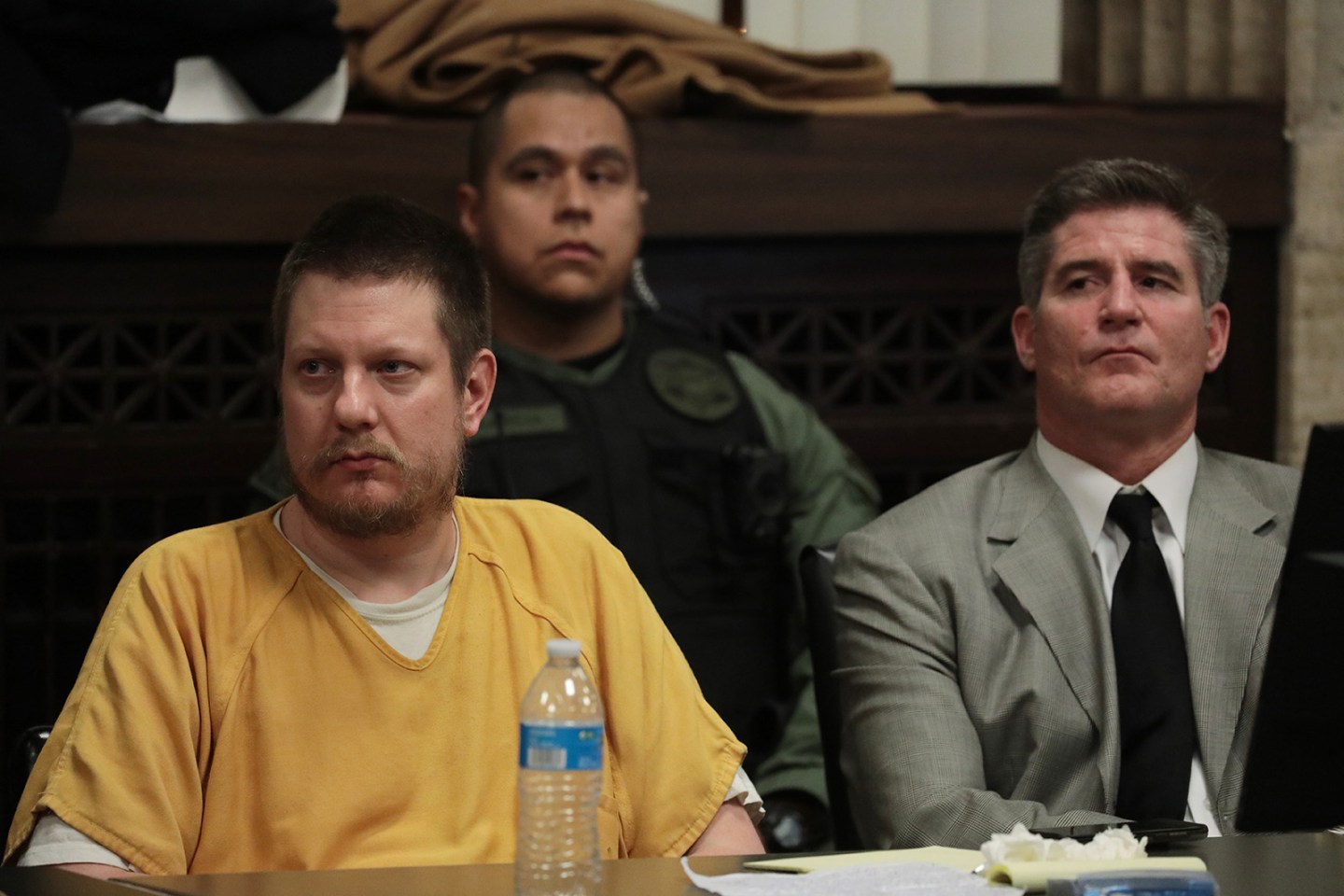 Federal prosecutors said they aren’t bringing criminal charges against a white New York City police officer in the 2014 chokehold death of Eric Garner, a black man whose dying words — “I can’t breathe” — became a rallying cry as the nation confronted a long history of police brutality.

However, prosecutors in other cases in recent years have decided to bring charges against officers. A look at some of those:

A jury convicted Officer Jason Van Dyke of second-degree murder in October in the 2014 fatal shooting of Laquan McDonald. He was sentenced to nearly seven years in prison. The white Chicago police officer shot the black teenager 16 times. The release of police dashcam video 13 months after the shooting sparked large protests and led to the ouster of Chicago’s top police official. Three other officers were acquitted in January of trying to cover up the shooting.

Bates, a white Tulsa County volunteer sheriff’s deputy, was sentenced in 2016 to four years in prison for second-degree manslaughter in the 2015 death of Eric Harris, 44, who was unarmed and restrained. Bates served less than half the sentence.

Burns, a white Atlanta police officer, is charged with felony murder and other counts in the June 2016 death of Deravis Caine Rogers, 22. Prosecutors say Burns was responding to a suspicious person call when he fired shots into a car driven by Rogers, killing him.

Guyger, a white Dallas police officer, was indicted in November on a charge of murder in the Sept. 6 killing of her unarmed black neighbor, 26-year-old Botham Jean. Authorities say Guyger told investigators that while returning home from work, she mistook Jean’s door for her own and that she shot him inside his home when he didn’t obey her commands.

Heaggan-Brown, a black Milwaukee police officer, was acquitted in June 2017 of first-degree reckless homicide after shooting 23-year-old Sylville Smith during a foot chase in August 2016. Heaggan-Brown was fired after unrelated sexual-assault allegations surfaced.

Liang, a rookie police officer in New York City, was convicted of manslaughter in 2016 in the 2014 death of 28-year-old Akai Gurley. Liang, an American of Chinese descent, said he was patrolling a public housing high-rise with his gun drawn when a sound startled him and he fired accidentally. A bullet ricocheted off a wall, hitting Gurley. A judge reduced the conviction to negligent homicide and sentenced Liang to five years’ probation and 800 hours of community service.

Oliver was convicted of murder in August in the 2017 death of 15-year-old Jordan Edwards and was sentenced to 15 years in prison. Oliver, a white police officer in the Dallas suburb of Balch Springs, fired into a car packed with black teenagers, killing Edwards.

Pownall was charged with third-degree murder for the 2017 death of 30-year-old David Jones, who was shot in the back as he fled. Pownall, who is white, was fired from the Philadelphia police force last year. He is awaiting trial.

Rosfeld is charged with criminal homicide in the June 19 shooting death of 17-year-old Antwon Rose Jr. after the teen fled from a traffic stop in Pennsylvania. The white officer is awaiting trial.

White former East Pittsburgh Police Officer Michael Rosfeld was acquitted of a homicide charge in the fatal shooting of 17-year-old Antwon Rose II, an unarmed black teenager who was shot in the back as he fled a traffic stop. Investigators had said Rosfeld gave inconsistent statements about whether he saw a gun in the teen’s hand.

Shelby, who was a white police officer in Tulsa, Oklahoma, was acquitted of manslaughter after shooting 40-year-old Terence Crutcher in 2016. Crutcher, who was black, was unarmed. Shelby resigned from the Tulsa Police Department and later went to work for an area sheriff’s office.

Slager pleaded guilty to federal civil rights charges after killing 50-year-old Walter Scott in 2015. The white North Charleston police officer fired at Scott’s back from 17 feet (5 meters) away. Slager was sentenced to 20 years in prison in December 2017. His conviction was appealed and upheld.

Stockley, a white St. Louis police officer, was acquitted of murder in 2017 in the 2011 shooting death of 24-year-old Anthony Lamar Smith. Stockley insisted he saw Smith holding a gun and felt that he was in imminent danger. Prosecutors accused Stockley of planting a gun in Smith’s car.

Tensing, a white University of Cincinnati police officer, was tried twice for murder after he killed Samuel DuBose, whom he pulled over for driving without a front license plate in 2015. DuBose, who was black, was unarmed. The jury was hung both times and the charges were dismissed. Tensing received $350,000 from the university when he agreed to resign.

Yanez, a police officer in Falcon Heights, Minnesota, was charged with second-degree manslaughter after he fatally shot a 32-year-old black motorist, Philando Castile, in 2016. Yanez, who is Latino, was acquitted in June 2017. He has left the police department.

Delke, a white police officer in Nashville, Tennessee, was charged in September with criminal homicide in the death of 25-year-old Daniel Hambrick after surveillance footage appeared to show him chasing the black man and opening fire as he fled from the officer in July. Delke claims Hambrick pointed a gun at him, but prosecutors question that claim.

—What to expect from the second Democratic debate

—A new holding center for migrant children is open in Texas

—Fed Chairman Powell: If Trump asks me to leave, I won’t