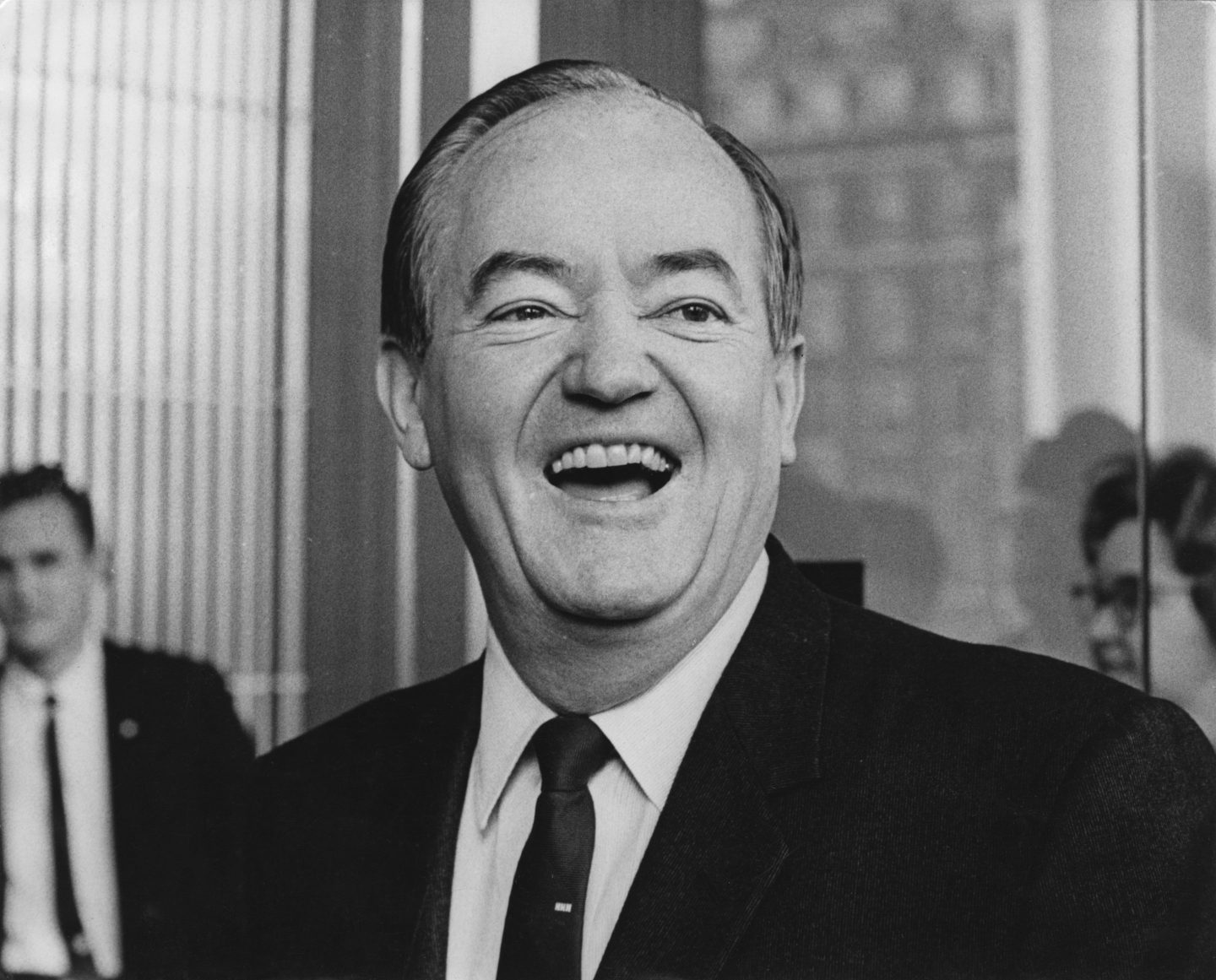 I worked on the campaigns of a widely revered American politician whom my parents worshipped for his down-home values and earthy embrace of the everyday hard-working citizen. Raised in a small town, of modest origins, he served several terms as an influential U.S. senator with great bipartisan appeal, and even ran for president twice before serving as vice president ahead of his third try for the presidency. One of the most popular guests on late night TV shows, his campaign message was that you can be compassionate without being weak.

This sounds a lot like former Vice President Joe Biden, doesn’t it? But the description also fits perfectly the career of Hubert Horatio Humphrey Jr., often labeled “The Happy Warrior.”

Despite Humphrey’s sterling character and impeccable credentials as a civil rights champion, his third try was for the presidency was tainted by a few controversial ancient positions intentionally misconstrued by rivals—and then abandonment by liberals for his failure to condemn the personal character of conservative politicians with whom he fiercely battled over policy, not personality.

Biden is experiencing the same criticism today. He’d be wise to look back at Humphrey’s fate for lessons on how to move forward.

Revisionist historians have found that Humphrey was, in fact, the strong antiwar activist within the Johnson administration that his allies had assumed, but he was not outspoken about it as he did not want to publicly undermine the president.

Determined to be a clean fighter, he was caught flabbergasted by the misleading sabotage within his party, as when Robert F. Kennedy falsely accused him of being a draft dodger. Similarly, Kennedy cynically branded Humphrey as intolerant of religious diversity, despite Humphrey never speaking about religion as a political issue.

Some may draw parallels between Humphrey and past failed campaigns with unifying messages, such as those of Humphrey protégé Walter Mondale, Edmund Muskie, Michael Dukakis, Jeb Bush, Mitt Romney, and William Weld. But surely Joe Biden most authentically fits into the happy warrior role.

Much like Humphrey, Biden, proud of his longstanding record on civil rights, was unprepared for the ambush from Sen. Kamala Harris during the first debate on his stance against forced busing. Never mind that apparently Harris was a beneficiary of voluntary busing, and that the two appear to hold identical positions on the issue.

Similarly, Sen. Cory Booker surprised Biden by attacking him over his ability to work with those whose positions he abhors, in this case historic segregationists. Of course, Booker had no problem with self-styled progressive Rep. Alexandria Ocasio-Cortez teaming up with extreme right-wing Sen. Ted Cruz in developing legislation banning former lawmakers from becoming lobbyists, as well as on making birth control pills available over the counter.

Biden should cite such ironies the media misses, and then reaffirm his own position. As courageous former slave and abolitionist Frederick Douglass wrote, “I would unite with anybody to do right; and with nobody to do wrong.”

Then there is the media. For example, last week’s first Democratic primary debates, and virtually all the media coverage which followed, focused on the highly progressive agenda of fighting climate change, gun control, protecting abortion rights, equal pay, reversing income inequality, ensuring voting rights, universal health care, and free college tuition. U.S. economic competitiveness and global security represented only three out of 51 questions the first night and three out of 39 the second night.

Some Democratic candidates emphasized providing free college and canceling student debt, yet 88% of college presidents in a recent Yale survey said that free college tuition should not be a priority for a presidential candidate. Similarly, while some candidates are pushing to end private insurance, recent surveys demonstrate that most people are happy with their present plans.

Conversely, just last week, a new Harvard CAPS/Harris poll showed that terrorism and national security, and jobs and the economy, were the third and fourth most important issues, respectively, to U.S. voters. Yet these topics were of lesser concern to the debate anchors looking to churn up progressive infighting.

Biden’s continued popularity makes clear that the media discourse is not aligned with the party’s direction. Biden’s moderation actually matches the sentiment of a recent Gallup poll, which reports that 54% of Democrats would prefer their party be more moderate. His centrist leanings should also bode well for the general election: This week’s ABC News/Washington Post survey shows Biden beating Trump by 14 points—far ahead of the next-best performer, Harris, at eight points.

On top of that, his middle-of-the-road alignment is attracting other prominent Democrats. Since the debate, Biden has been endorsed by Atlanta Mayor Keisha Bottoms and Connecticut Gov. Ned Lamont.

Rather than apologize for representing the nation’s core interests, his own values, and his distinct alternative approach, Biden should proudly hold his ground. Perhaps the CNN debate at the end of this month will do a better job of capturing the genuine priorities of the nation’s voters, and find out if, after four years of strife, America just might be ready for a happy warrior president.

Jeffrey Sonnenfeld is the senior associate dean and the Lester Crown professor of management practice at the Yale School of Management.