Iran Breaches Limit on Enriched Uranium Under Nuclear Accord 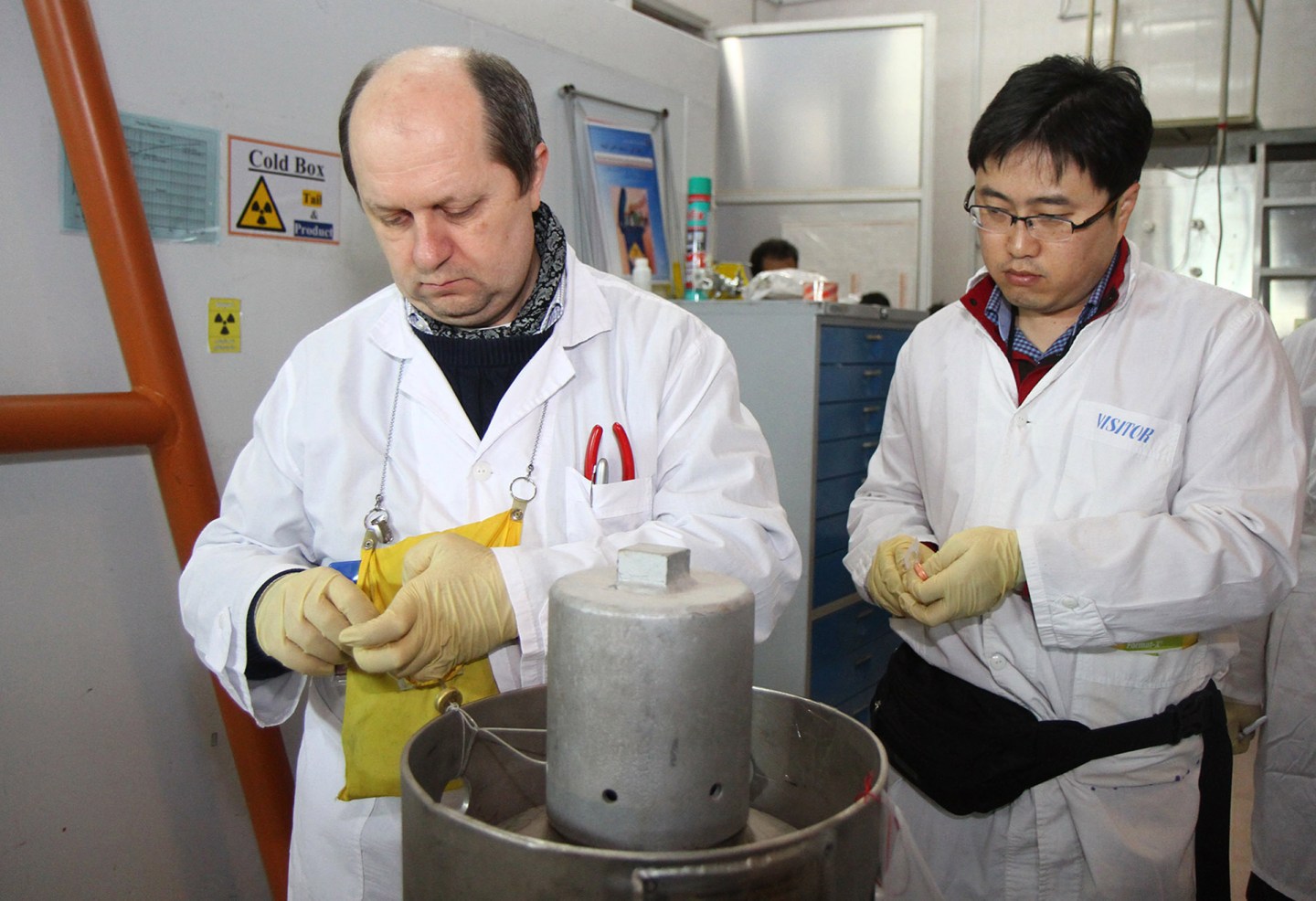 Iran said it had exceeded the cap on its stockpile of enriched uranium set under the 2015 nuclear deal, risking a confrontation with European nations which had urged it to stick to the accord.

“As I was informed, Iran has crossed the 300-kilogram cap according to plans,” the Iranian Students’ News Agency cited Foreign Minister Mohammad Javad Zarif as saying. “We have clearly expressed what we are doing and will act upon it,” he said, calling the move in line with Iran’s “rights” under the agreement.

The step further heightens tensions in the Persian Gulf that have spiked since the Trump administration exited the nuclear accord a year ago and reimposed crippling sanctions on Iran, prompting a warning that Tehran will ditch elements of the deal unless it’s given an economic lifeline by July 7. Attacks in the Strait of Hormuz, a vital waterway for oil shipments from the Middle East, and the Iranian downing of an American unmanned drone, have raised concerns of another war in the region.

Foreign Ministry Spokesman Abbas Mousavi said earlier on Monday that if European nations “take more concrete steps, Iran’s action in cutting back on its commitments can be rolled back,” according to the state-run Iranian Students News Agency.

Iran was expected to breach the cap low-grade uranium on Thursday, though it appeared to back off from its warning after efforts led by European nations to avoid an unraveling of the accord. The International Atomic Energy Agency, which monitors Iran’s nuclear activities, will likely make an announcement on the matter in the coming days, according to the Tasnim news agency.

The nuclear deal was designed to prevent Iran from breaking out and constructing a weapon within a year. The Arms Control Association, a Washington nonprofit, estimates Iran would need about 1,050 kilograms (2,315 pounds) of uranium enriched to 3.67% to build one bomb. The material would then need to undergo further enrichment.

U.S. President Donald Trump says he wants to negotiate a new deal that would also restrict Iran’s missile programs and support for armed proxies around the region, but Iran has refused to talk while its economy and — more recently — its leaders are under sanctions.

–With assistance from Golnar Motevalli.