A Fear at the G20 Summit: That the U.S.-China Trade War Turns Into a Currency Conflict 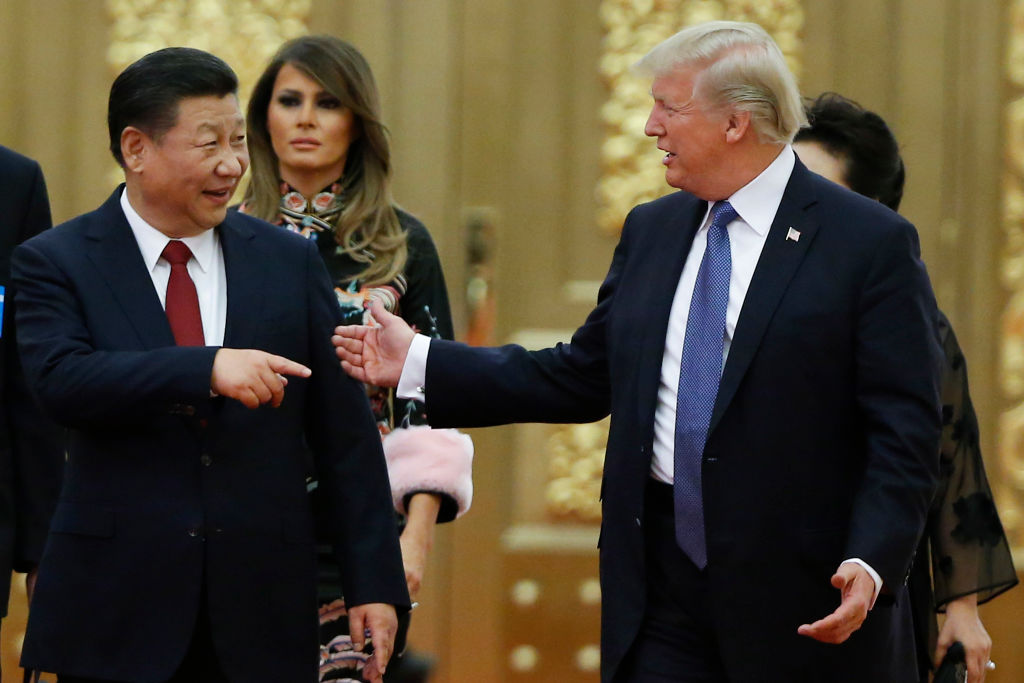 U.S. vacation-goers may want to buy their foreign currency early, because this weekend’s meeting of G20 leaders could be the moment where trade war morphs into currency war.

Everything hinges on the meeting between President Donald Trump and his Chinese counterpart Xi Jinping on Saturday morning in Osaka, Japan.

In a positive scenario, the two sides could agree to a sort of truce, putting off further tariff increases, lifting the pressure on companies like Huawei that embody the broader struggle for primacy in the world economy, and resuming serious negotiations on a more comprehensive settlement of their differences.

In a negative one, the next round of U.S. tariffs on $300 billion of so far unaffected Chinese imports will kick in next week, the recriminations continue, and the urge to conduct beggar-thy-neighbor policies spirals out of control.

Should the latter occur, one likely result is that China lets the yuan, its tightly-managed currency, slide. That would allow its companies to stay competitive in the U.S. market by reducing the cost of their Chinese manufacturing base in dollar terms. China Central Bank Governor Yi Gang has already dropped hints that he’s prepared to let that happen, telling Bloomberg earlier this month that, “I don’t think, along this mathematical scale, any number is more important than other numbers.”

This week, the yuan has traded between 6.86 and 6.88 to the dollar, barely 2% above the psychologically important level of 7, which it hasn’t fallen below since the Great Financial Crisis.

“If the threat of fresh tariffs on Chinese goods is kept alive, there remains every possibility that Beijing could consider a weaker (yuan) a suitable response,” BNY senior currency strategist Neil Mellor said in a note to clients this week.

That, in turn, Mellor notes, would cause currencies of all of the U.S.’s other trading partners in Asia to follow the yuan lower—such is the gravitational pull of China in the Asian economy these days. Mellor says that since the start of the year, the daily movements of the dollar against the currencies of Taiwan, South Korea, Malaysia, Thailand, Indonesia and the Philippines have almost exactly mirrored the dollar-yuan movement, showing a correlation of 0.96-0.98, on a scale where 1 indicates a perfect match.

Another likely consequence of a lower yuan would be further monetary policy easing from the European Central Bank, since cheaper Chinese products on world markets put further downward pressure on eurozone inflation, and also make it harder for eurozone companies to compete with Chinese ones in other markets such as the Middle East and Africa.

ECB President Mario Draghi has already warned in a speech last week that “further stimulus will be needed” if inflation, which is already well below the ECB’s target, fails to pick up. Figures out today showed it stuck at a pallid 1.2% in June.

Trump on Thursday repeated in characteristically heated terms that he would see any such action as an act of currency war.

“These people are devaluing their currency because they’re not doing well against us,” Trump told Fox Business News. “So they devalue and we can’t. We are no longer on a level playing field.”

Draghi insisted last week, as he usually does, that “we don’t target the inflation rate”—although that’s a somewhat disingenuous comment. Over the years, he has repeatedly promised measures to stop any “unwarranted tightening of financial conditions,” a piece of economist jargon that covers, not least, the adverse effects of a currency appreciation.

Trump, with one eye on re-election next year, feels exactly the same way about “unwarranted tightenings of financial conditions.” He’s been pressuring the Federal Reserve to cut interest rates and restart its bond purchases for months, repeating his attacks on Thursday.

“We should have Draghi instead of our Fed person, you know,” Trump told Fox.

For some, it’s just a question of sequencing. Marc Chandler, managing director of Bannockburn Global Forex, makes the distinction that the ECB has said it will ease policy unless things get better, whereas the Fed—as Chairman Jerome Powell indicated in a speech this week—is still waiting for downside risks to materialize before it acts.

Absent any further blow-up in U.S.-China trade talks, the dollar may already have peaked, given the abrupt shift in the Fed’s rhetoric in recent weeks that appears to signal the end of a 10-year policy cycle. Fed officials have abandoned any talk of further rate hikes and invited speculation on what would be a first interest rate cut since 2008. The dollar index, which tracks the buck against a basket of developed market currencies, has fallen some 1.6% in the last two weeks alone.

The question is: can the two sides avoid that blow-up once the need for a friendly photo-shoot in Osaka has passed?