2019 Democratic Debate Includes More Women Than Ever Before 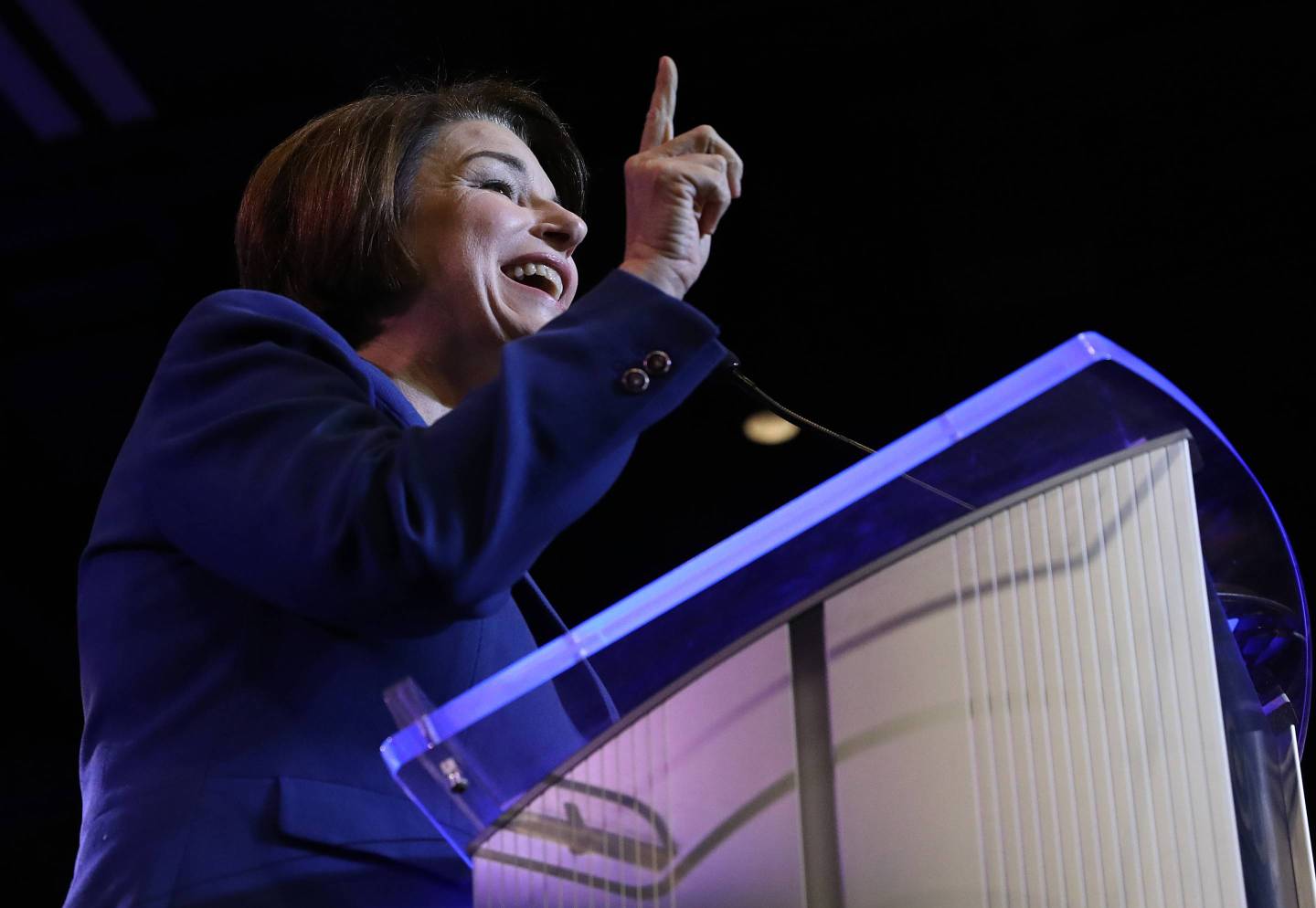 The Democratic presidential candidates taking the stage to kick off the primary debates include more women than ever before, six contenders challenging assumptions that voters and pundits may have about what presidential leadership looks like.

Their vision for the country and their leadership style are getting a new spotlight in what amounts to a televised audition for a job that has been held only by men.

Gender dynamics could feature prominently on Wednesday and Thursday night, in the questions the women face and, perhaps more importantly, in the way they approach and question their male opponents and each other.

In the historic lineups, Sens. Elizabeth Warren of Massachusetts and Amy Klobuchar of Minnesota and Rep. Tulsi Gabbard of Hawaii were on Wednesday night’s schedule, Sens. Kamala Harris of California and Kirsten Gillibrand of New York and the author Marianne Williamson on Thursday.

Research from the nonpartisan Barbara Lee Family Foundation, which studies women in politics, has shown female candidates can have a steep hill to climb in debates.

While male politicians are rewarded for assertiveness, a quality that debates demand, women pay a higher price for “going negative” or exposing areas of contrast with their opponents, according to the findings.

Karine Jean-Pierre, a top official with the progressive advocacy group MoveOn, says, “Women need to both show strength and be likable. They also need to sell their credentials more than men. All of that puts them at a disadvantage.”

“That being said, we know women voters will be key to this election.”

Also, multiple Democratic strategists say, if a male candidate opts to change the way he approaches a female candidate because of her gender, that could also appear sexist.

On each night, seven male candidates will join three women.

“These are men that are going to be really cognizant of how they’re treating the women on stage,” said Amanda Litman, who served on Hillary Clinton’s digital team in 2016 and is a co-founder of “Run for Something.”

Aides and allies of multiple female candidates in the debates, speaking on condition of anonymity to discuss campaign strategy, said that they have considered how they would handle sexist issues, either in the form of interactions with other candidates or in questions from moderators.

One recent example of how women might choose to handle an overtly sexist comment came from Carly Fiorina, who ran in the 2016 Republican primary. Asked about then-candidate Donald Trump’s comments about her appearance — which he later denied— she responded, “I think women all over this country heard very clearly what Mr. Trump said.”

The half dozen women campaigning for the Democratic nomination are the most ever, a historic fact no matter how later votes turn out.

Fifty years ago, Shirley Chisholm became the first woman to pursue the Democratic Party’s presidential nomination, yet she had to petition to participate in a televised debate. And as recently as the 2016 cycle, debates included just two women on stage: Clinton, who eventually won the Democratic nomination, and Republican Fiorina, a former technology executive.

Several male candidates have not previously debated a woman. Two that have, Joe Biden and Bernie Sanders, will stand side-by-side on Thursday night.

Biden shared a debate stage with Clinton for the first Democratic presidential debate of the 2008 cycle, and later with Alaska Gov. Sarah Palin after Barack Obama selected him as running mate. In 1986, Sanders— who was running for governor as an independent — debated Democratic incumbent Gov. Madeleine Kunin. In 2016, he and Clinton faced off in multiple debates during the Democratic primary.

In the 2008 campaign, one of the most pointed moments came before the New Hampshire primary. A moderator asked Clinton why voters found her less likable than some of her rivals, to which she replied, “Well that hurts my feelings.” Then-Sen. Barack Obama replied, “You’re likable enough, Hillary,” a comment widely interpreted as dismissive.

Questions about likability plagued Clinton during both her campaigns, and have similarly been posed to the women running this year, though not the men. Gillibrand was asked about her likeability as part of the first question she received at her first press conference after announcing that she would seek the presidency.

Before his 2008 vice presidential debate against Palin, the first woman to run on a GOP presidential ticket, Biden faced questions about his strategy. He retorted that reporters were in a “time warp” if they thought he would prepare any differently than against a man.

“It seems like the only people in the room that think that debating a woman is going to be fundamentally different are people who don’t hang around with smart women,” Biden said.

Democratic strategist Maria Cardona contends that in 2016 voters saw a woman outperform a male opponent during Clinton’s debates against Trump.

“But that wasn’t enough. She didn’t win the election,” Cardona said. “And so what will it take? What does it look like today for a woman in a debate to look like somebody that voters can feel confident to give the title of commander in chief? I don’t think we know that yet.”

The women running in 2020 have embraced the idea that they might make history. Warren frequently says she’s running for president because “that’s what girls do.” Klobuchar says, “May the best woman win.”