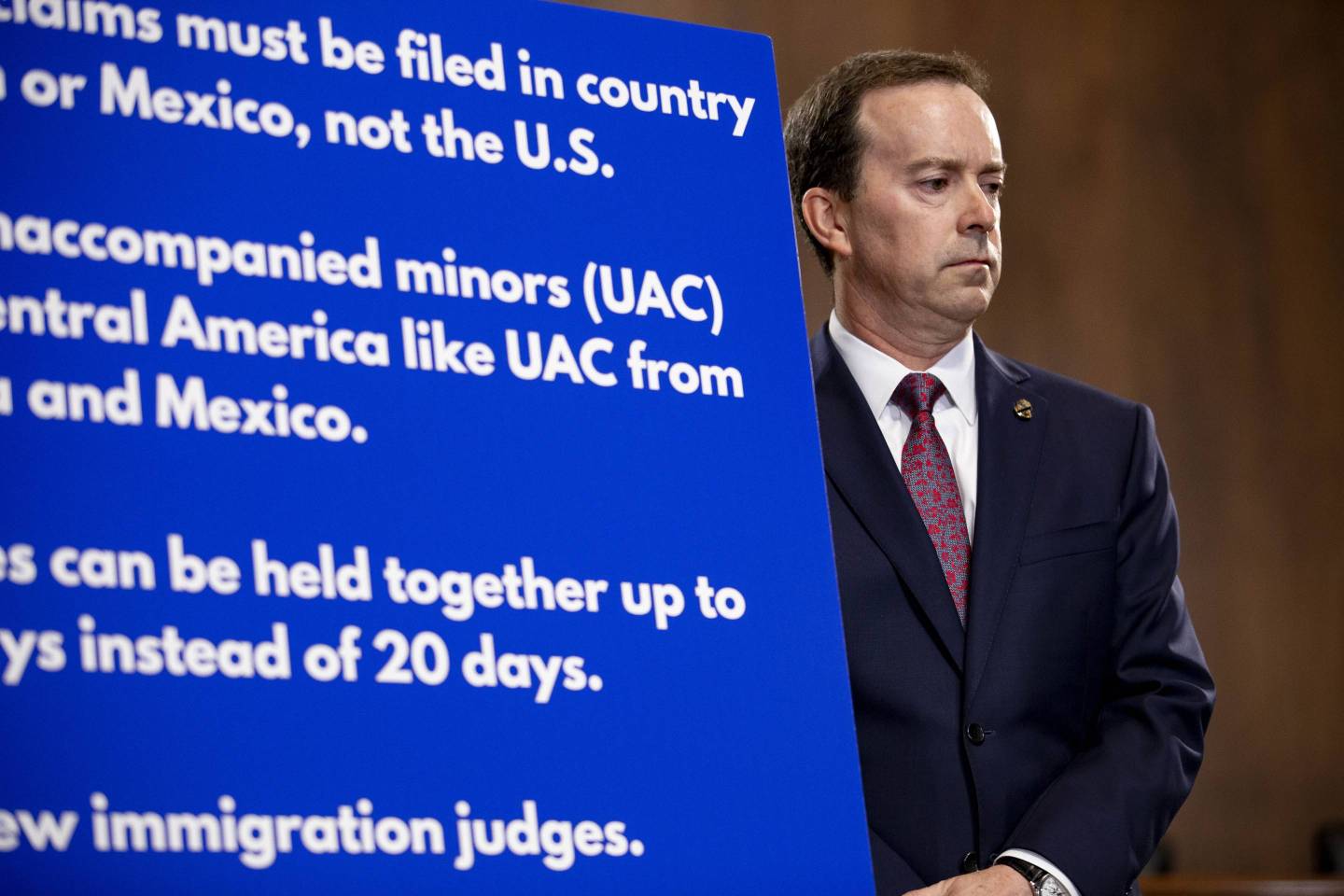 WASHINGTON, DC - MAY 15: Customs and Border Protection acting Commissioner John Sanders listens during a news conference where Lindsey Graham, (R-SC)., is proposing legislation to address the crisis at the southern border at the U.S. Capitol on May 15, 2019 in Washington, DC. Senate Republicans met with Vice President Mike Pence and White House Advisor Jared Kushner yesterday to discuss President Donald Trump's plan to overhaul the immigration system. (Photo by Anna Moneymaker/Getty Images)
Anna Moneymaker Getty Images
The head of U.S. Customs and Border Protection said Tuesday he is stepping down as his agency is under siege over the discovery of dozens of children in filthy conditions at one of its stations in Texas.

Acting Customs and Border Protection Commissioner John Sanders said in a message to employees that he would resign on July 5. He did not give a reason for leaving his job.

“Although I will leave it to you to determine whether I was successful, I can unequivocally say that helping support the amazing men and women of CBP has been the most fulfilling and satisfying opportunity of my career,” he said.

CBP is the agency that apprehends and first detains migrant parents and children crossing the U.S.-Mexico border. Lawyers who visited facilities last week described squalid conditions to The Associated Press , which first reported on the complaints. The conditions at the station in Clint, Texas, included inadequate food, lack of medical care, and older children trying to care for toddlers.

In one case, attorneys said a 2-year-old boy without a diaper was being watched by older kids. Several had the flu. Many were separated from extended family members like aunts and uncles who brought them to the border; others were teenage moms with babies.

Many children were moved out of the facility in recent days. But around the same time that Sanders announced his resignation, his agency said officials have moved more than 100 kids back to the station.

An official from U.S. Customs and Border Protection said Tuesday that the “majority” of the roughly 300 children detained at Clint, Texas, last week have been placed in facilities operated by the Office of Refugee Resettlement.

The official, who briefed reporters on the condition of anonymity, wouldn’t say exactly how many children are currently detained there. But the official says Clint is better equipped than some of the Border Patrol’s tents to hold children.

Clara Long, a senior researcher with Human Rights Watch, and other lawyers inspected the facilities because they are involved in the Flores settlement, a Clinton-era legal agreement that governs detention conditions for migrant children and families.