Slack’s Chairman Was Raised in a Log Cabin. Now He’s Worth $1.3 Billion 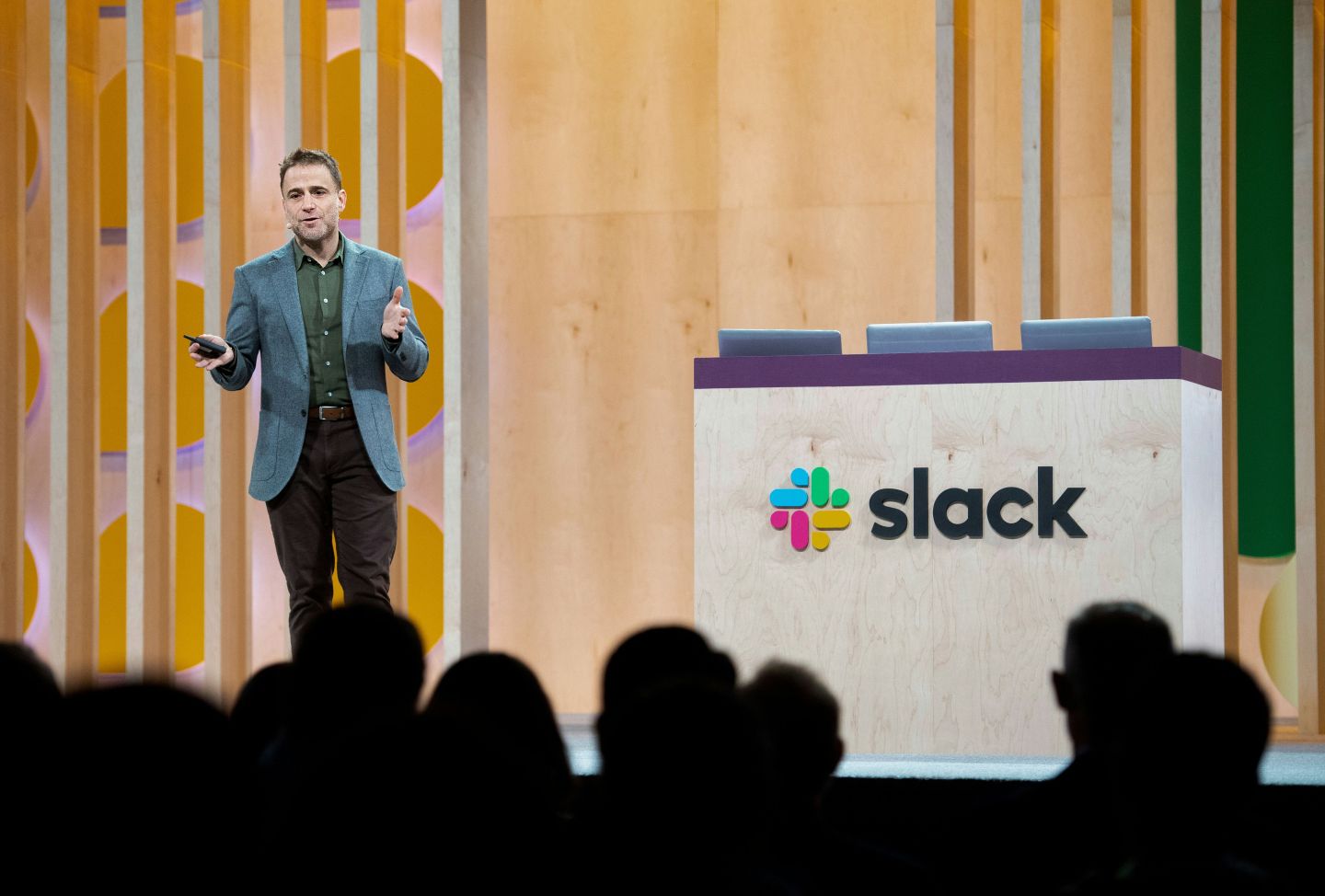 Slack CEO Stewart Butterfield speaks at his companys Frontiers conference at Pier 27 & 29 on April 24, 2019, in San Francisco, California. - Frontiers is an annual conference by Slack (collaboration hub that brings the right people, information, and tools together to get work done) that explores the future of work. (Photo by NOAH BERGER / AFP) (Photo credit should read NOAH BERGER/AFP/Getty Images)
Noah Berger—AFP/Getty Images

His 8% stake in the workplace communication company would be worth $1.3 billion if Slack goes public this week at $16 billion, the low end of Wall Street’s expected range. Slack co-founder Cal Henderson, 38, owns 3% worth about $533 million.

Butterfield, the 46-year-old chairman and chief executive officer, has come a long way from the log cabin where he lived without electricity and running water for the first few years of his life. He was introduced to computers in the second grade but lost interest in the technology as he got older and went on to study philosophy in college.

“By the time I finished my master’s degree I really had no idea of what I was going to do except for be an academic because, you know, the big five philosophy firms aren’t always hiring,” Butterfield told Bloomberg last year.

After brief stints in the startup world at Communicate.com and Gradfinder.com, Butterfield came up with the idea for Flickr, a photo and video hosting service that he sold to Yahoo in 2005. Butterfield worked at Yahoo until 2008 and later founded Glitch, which became the multibillion-dollar company now called Slack.

Slack, an acronym for “Searchable Log of All Conversation and Knowledge,” will begin trading Thursday on the New York Stock Exchange under the ticker symbol WORK.

—Slack is sailing into a welcome market for tech IPOs